Facebook-owned WhatsApp has been rolling out some useful features that allow the users to have more control over how they choose to communicate. These new upgrades followed after Facebook decided to collect massive revenues from its more popular acquisitions like Instagram and WhatsApp.

Previously, the messaging application received a ‘Group Privacy‘ option that is being deemed as the most popular update in the history of WhatsApp updates, among the users. Since being added in numerous groups without prior requests was a nuisance everyone was experiencing; be it family groups, workgroups and so many more. However, now, with this new latest options, the users control which of their contacts can send them group invites. 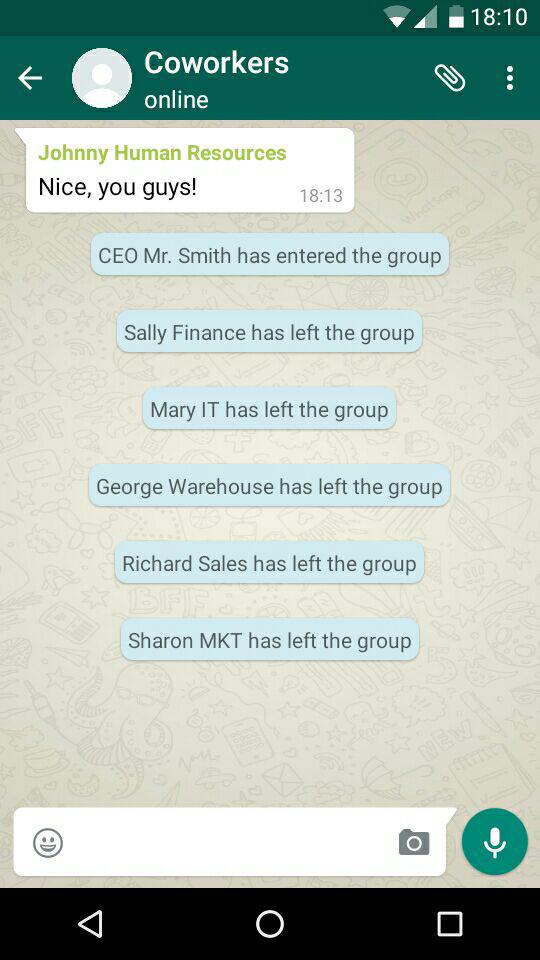 However, WhatsApp decided to take things up a notch by refining their ‘delete message’ feature. Again, late to the party, but getting there.

‘Self-destructing’ messages are about to become a reality for WhatsApp users.

Think Snapchat or Telegram, which already have this auto-delete feature built-in. However, WhatsApp was catering its users with the ‘delete’ option, which allowed them to remove messages after a certain interval, manually. The time-frame to do so after the message is sent wasn’t that large. Now, they have pushed the auto-delete option onto the beta builds of WhatsApp.

This feature comes with a set of options for the time duration that one would want their messages to stay in the chat section. Reportedly, the least amount of time is 1 hour and most as long as 1 year. Woah! 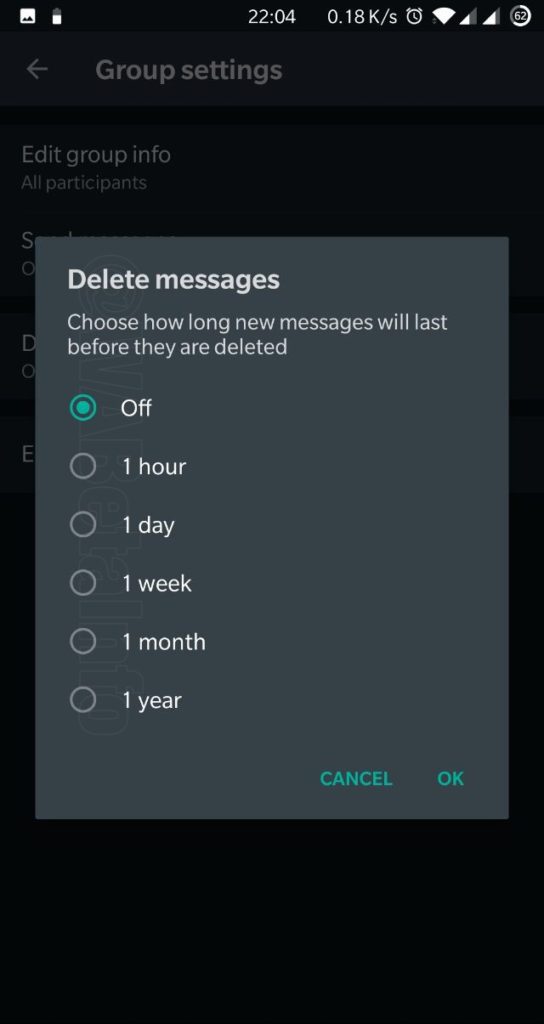 The name of this latest feature was changed from Delete Messages’ to ‘Disappearing messages’ before they released it onto the Beta version. However, this is still under development and testing. It is rumored to be released on to the main version sometime next year, which at this point could be as soon as January 2020.

The Disappearing Messages will be available for WhatsApp groups too, but with a catch.

It is being reported that the group admins will have the control to enable or disable the feature. However, some sources say that this auto-delete option will only be made available for the WhatsApp groups, only. While some suggest that it will initially launch for Groups and then for 101 chats. However, nothing has been confirmed so far. So take this information with a pinch of salt. Moreover, as the name suggests the messages will disappear, literally. As if they didn’t exist. Unlike the current delete message feature that shows the message has been deleted.

Great news or another time-frame of just a few minutes should be added? Nonetheless, it is a great feature that is being awaited by WhatsApp users.

Are you thrilled or somewhat scared? Let us know in the comment section below!

PCB Turns Down The Request To Increase Gate Money Share Of PSL Franchises
Pakistan To Allow Duty-Free Import Of Hybrid Cars!
To Top