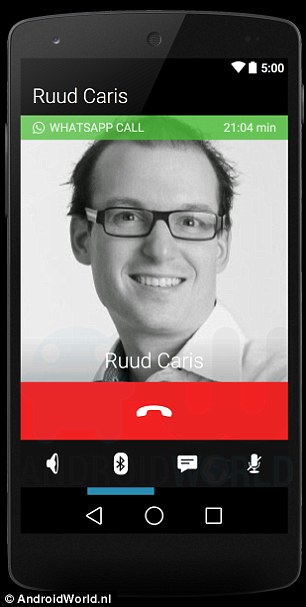 WhatsApp is all ready to launch voice calls as part of its app for the first time and is expected to compete with Skype and other messaging apps. This decision is expected to do the wonders for the firm Facebook, who purchased Whatsapp for 19 billion dollars, as Whatsapp will tap into completely new markets through voice calls. It will give option to users to make a voice calls to contacts in similar way they would do messaging. 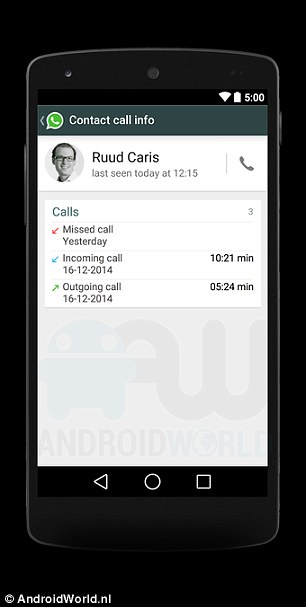 The screenshots were uncovered by the Dutch website AndroidWorld.

AndroidWorld.nl’s Sander Tuit created the above screenshots and also decoded layout files, images, and text from the raw code of application present on WhatsApp’s website. The feature is expected to work exactly like the text messages or the picture sharing. The users will be able to the voice calls by using handset or Bluetooth headset devices.

20 Rarest Historic Photos You Wouldn’t Have Seen Ever!

The calls made or received will be shown on a phone-like image. Earlier this month, the firm brought certain changes in the WhatsApp that made it more attractive and additional options were introduced as part of their teaser campaign.

The changes included the two ticks that will appear at the bottom of a message to show that the message has been read. It also told the exact time when the recipient opened the message and read it. 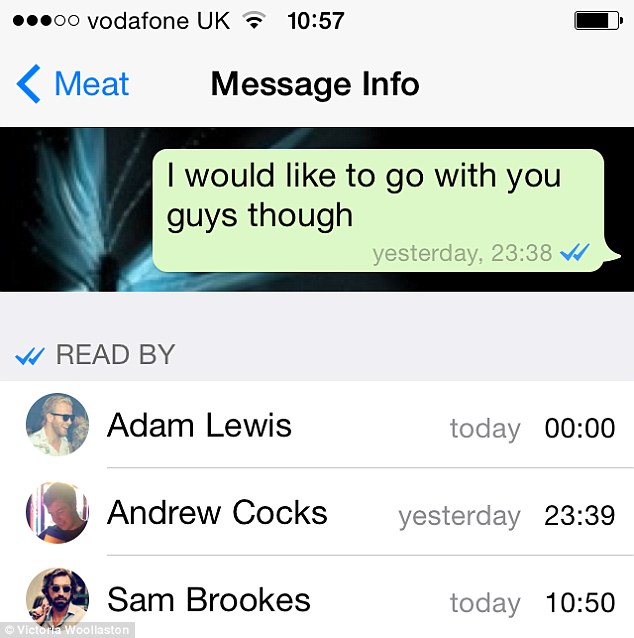 More information about the features can be found on WhatsApp’s website.

In a group chat, when all the group members receive the message, the second grey tick appears.The two blue ticks emerge only when all members in the group have read the post.To know the time when the messages were read, users can now press and hold down on a particular post.Selecting the Message Info option reveals the time the message was read, and in the case of group messages, what time each member read it.

WhatsApp has introduced all the updated changes in all variations of its app, across iOS, Android, Windows Phone, Nokia S40, Nokia S60 and BlackBerry 10.

Users are required to update their devices to enjoy the new options.

However, these changes have divided opinion, especially on Twitter.

Some users are concerned the update makes it harder for them to ignore contacts as they can easily get to know that person is not replying after reading the messages.

As @the_baba1 wrote: ‘So WhatsApp now shows blue ticks to indicate a message has been read. Now stalk with more vengeance.’

Twitter user @carpocarp said: ‘The WhatsApp blue tick is going to ruin friendships,’ while @archielbar added: ‘Those blue ticks will be the death of some of us!’

But not all Twitter users were concerned about the update – @tnicole91 explained: ‘I don’t get why some people are stressed about this new WhatsApp blue tick.

In a group chat, the blue ticks only appear when all participants have read the message.To see what time the messages were read, users can now press and hold down on a particular post and select the Message Info option. In the case of group messages, this reveals what time each individual member read it (pictured) 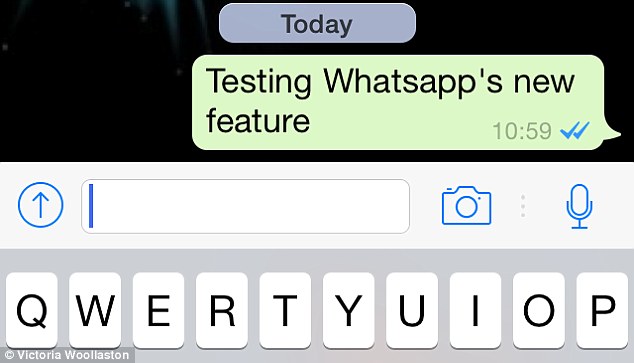 In an official blog post, WhatsApp tried to educate the users who were concerned that why the messages are not being sent or read by the recipients.

‘If you only see a single check mark next to your message, there is likely nothing wrong with WhatsApp or your phone,’ explained the developers.

‘There may be several reasons why your message has been sent, but not delivered to your chat partner such as their phone might be off, they could be sleeping, especially if they live in a different time zone, they might be experiencing network connection issues or they might have seen the notification on their screen, but did not launch the app – especially common if the recipient uses an iPhone.’

It is not possible to avoid using this option. WhatsApp is owned by Facebook, which has a similar feature on its Messenger app. When a message is opened and read, a tick appears in the message list and the time it was read appears in the bottom right-hand corner of the post. Apple’s iMessages also use this feature.

20 questions on Every Pakistani’s Mind After The Peshawar Attack
PEGIDA, leading Anti-Islamist Campaign In Germany; Is Germany Going to Be Boiling Pot of Extremism in Coming Days?
To Top