Here’s What Your Zodiac Sign Says about Your Valentine’s Day! 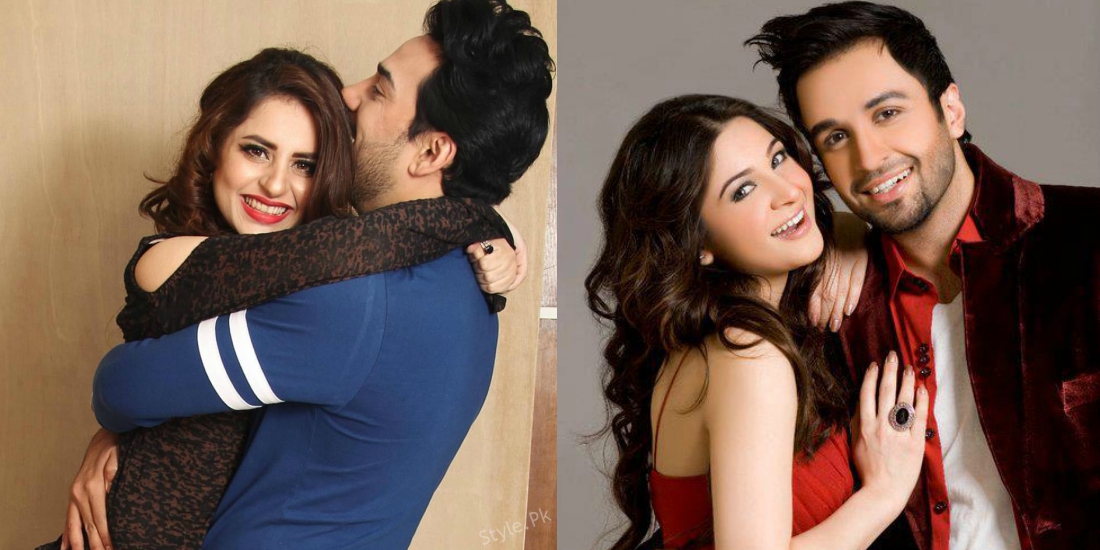 Capricorns are hard-working and determined people, who use their pragmatism to eventually get what they want — meaning, even if they don’t have a date for Valentine’s Day, they will swipe right until somebody agrees to see “Fifty Shades” with them.

Due to their conservative natures, sometimes Capricorns can be pessimistic. Don’t be surprised if they’ve already resigned to the fact that they’re spending V-Day alone… and have sent themselves advanced flowers as back-up. 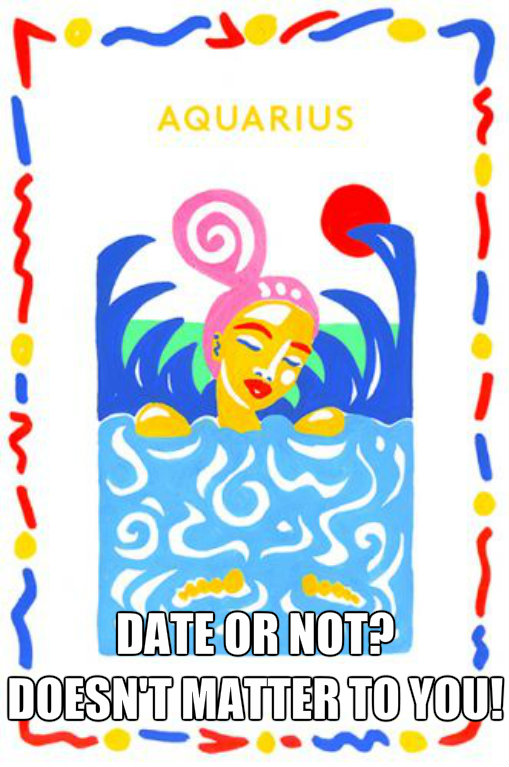 If they are hitched, they are playing it low-key because they don’t like to show too much emotion (at least publicly). If they are riding solo, they are hanging out with pals since they are such friendly and social people. 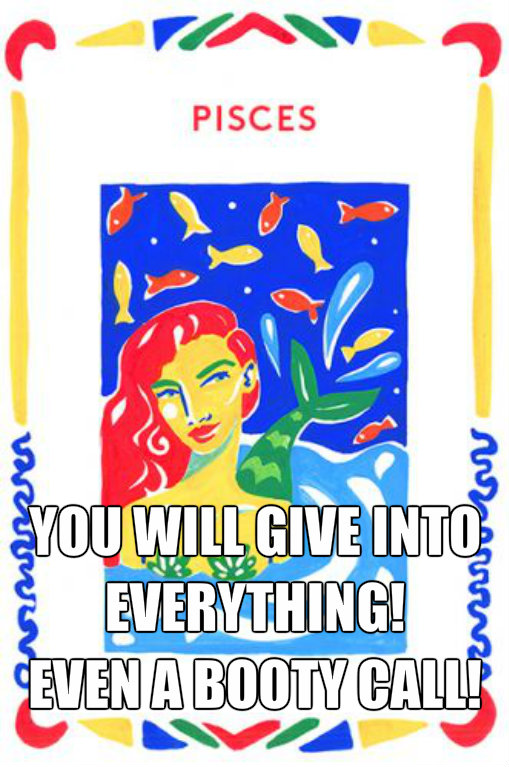 Represented by the fish symbol, Pisces do not like to swim alone and will therefore absolutely be indulging in Valentine’s Day in the company of another (even if it means answering to a late-night booty call; they’re that selfless).

Sometimes subordinate individuals, Pisces will treat their partners to whatever their hearts desire on this lovers’ holiday. 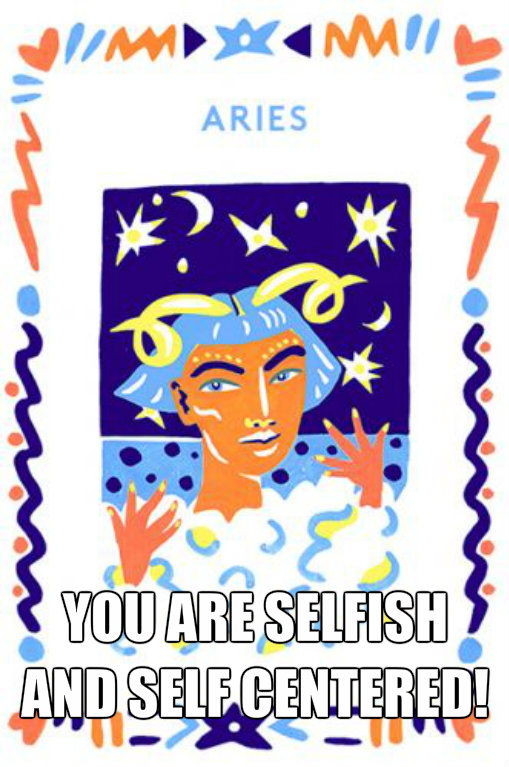 The first sign of the zodiac, Aries are natural-born leaders — they don’t need a Hallmark holiday to celebrate love!

The strong-willed and enthusiastic Aries are having an anti-Valentine’s Day (think: horror films, greasy food and lots of garlic).

That doesn’t mean they aren’t getting it on though, Aries make things happen and like to put themselves first. 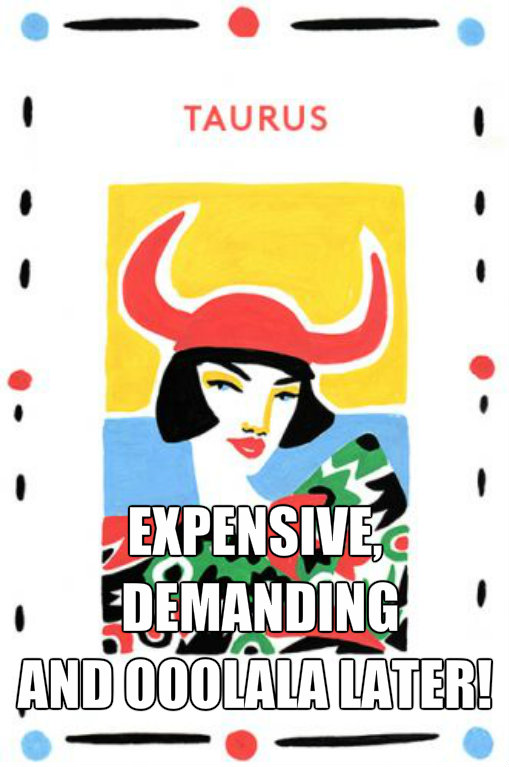 Taurus delight in rewards and material goods, so they will definitely be expecting presents and chocolates on Valentine’s Day, even if they have to treat themselves.

Although symbolized by the bull, Taurus have a sensitive, peaceful side and will therefore celebrate the holiday in a romantic, intimate way.

Taurus can be stage five clingers, so if you’re treating them to an over-the-top date (the way they like it, hint hint), be certain you want to send that message across. 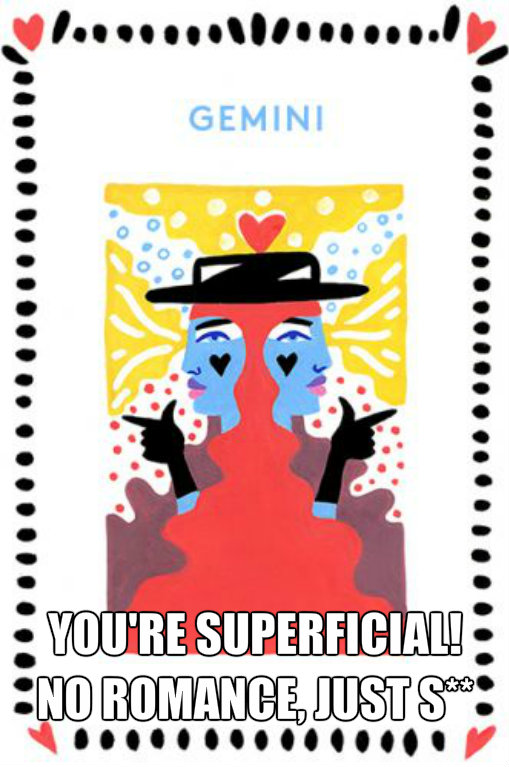 Geminis are living in a world of duality, which makes them easily adaptable to any situation, but also slightly indecisive.

They will spend Valentine’s Day doing their normal routine with spontaneous surprises thrown in — devious Geminis always have something cunning up their sleeve.

Due to their superficial natures, expect single Geminis to be courting only the most attractive people at the bar, while coupled Geminis will be raking in the luxurious gifts.

Beware their contradictions — even if Geminis say they don’t want to celebrate V-day, they most certainly do. 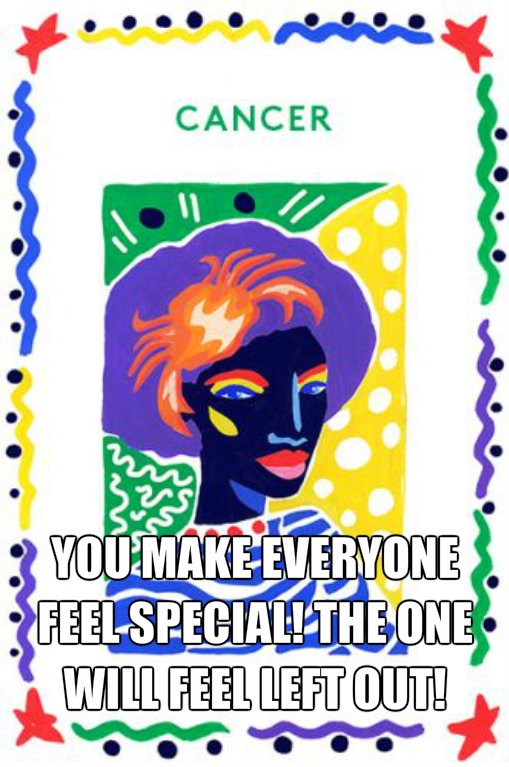 Cancers like to feel protected and comforted and will, therefore, be spending Valentine’s Day with someone whom they have deep affections for, like a spouse or their families.

Because they are so sensitive, single Cancers will probably use this time to self-pity and wallow in their aloneness.

Cancers are dependable; they won’t forget to send V-day messages to everyone they sincerely care about. 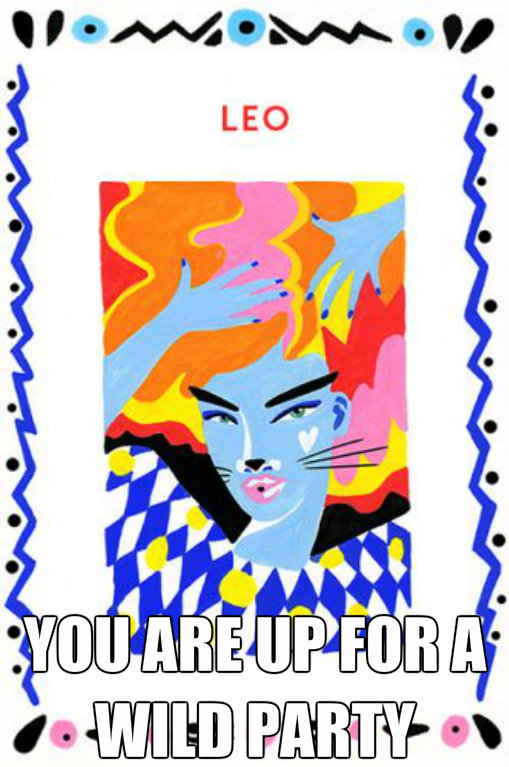 It doesn’t matter if Leos are single or paired off, Valentine’s Day will be all them. They view this holiday as an excuse to have other people outwardly appreciate them, so they will be expecting attention and presents (on top of what you already show them).

Confident and vain Leos wouldn’t be caught dead without a date on V-Day, even if it means going out with their friends and pretending like they don’t care.

They are energetic and lively and love any excuse to party, meaning their Valentine’s Day will be a big ball of fun. 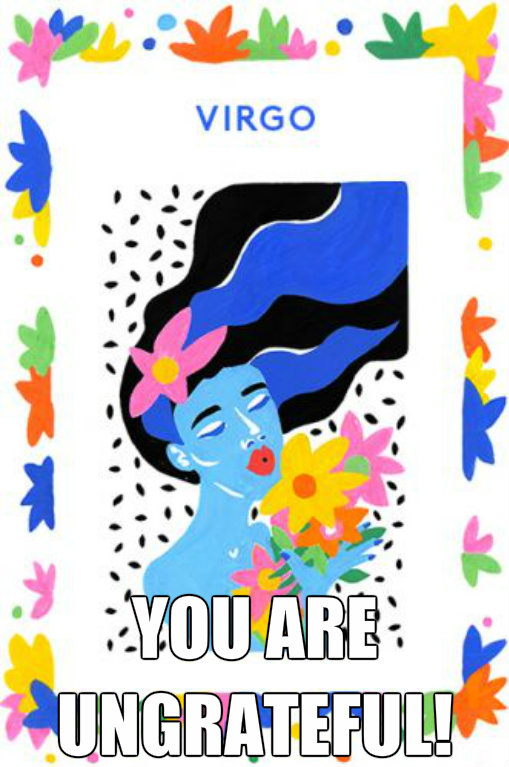 Virgos are a discriminating bunch, but once you get past that layer of shrewdness, you’ll find they have warm hearts.

Virgos don’t really care much at all about Valentine’s Day, for they tend to think in more practical and logical terms.

Why spend merely one day loving Virgos when you should be loving them for 365? Skip the bullsh*t gift giving on a Virgo — they can see past your superficial attempts to win their hearts. 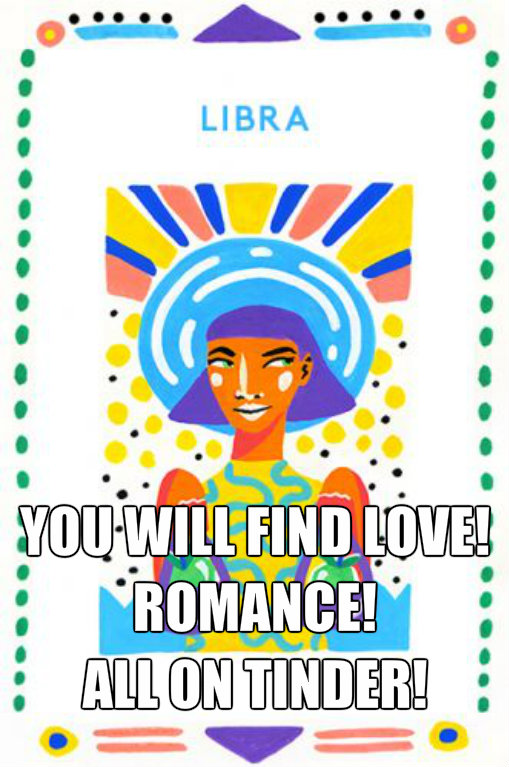 Libras are incredibly social, but also incredibly indecisive, meaning they’ll be spending Valentine’s Day making last-minute plans with the person they finally chose off a dating website like Tinder.

They love to flirt and they also love to share — don’t be surprised to find Libras working the room more than they are working you.

At the end of the day though, they are gentle people who seek fairness and balance, so they’ll still always come back to you. 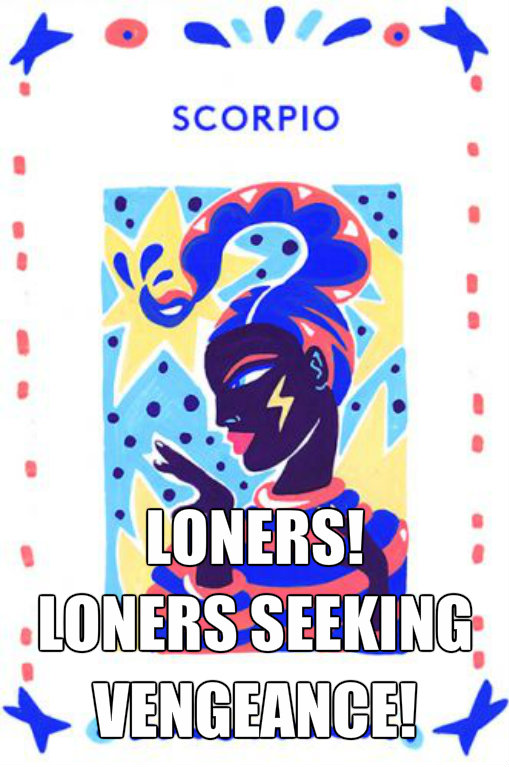 Scorpios are fiercely independent people and, therefore, won’t mind celebrating Valentine’s Day alone, especially because they prefer to celebrate themselves.

They like to seek vengeance on their enemies, so they could spend this alone time plotting against their adversaries.

It’s not all bad though, as Scorpios are also passionate and devoted lovers who will be sure to say what they feel, including, “I love you.” Sagittariuses are positive, optimistic individuals with big hearts and even bigger imaginations. Single Sags won’t be caught sitting home sulking on Valentine’s Day — they’ll go see “Fifty Shades,” get lost in the film and feel inspired by an unlikely pairing.

Coupled Sags will do something adventurous with their partners (rock climbing? skiing? booty licking?), as they enjoy trying new things and exploring.

They value honesty and can be blunt about it, so they’ll be upfront with you if they don’t like your half-assed and half-eaten box of chocolates.

Read Also: This Is How Your Favorite Celebrities In Pakistan Spent Their Valentine’s Day

These Pakistani Celebrities Got Married to Spouses Much Younger Than Them!
Pakistani Cricketer Muhammad Nawaz Just Tied the Knot and the Pictures Are Really Cute
To Top