This Girl's Story Of Being A Die-Hard Afridi Fan Is All You Need To Read Today! Fangirling is common nowadays, but real fanship is that one in which you don’t bother any odds and hurdles that hindered you from true fanship. Being a fan is common thing, but giving all your potential and time to one ideal is a rare thing.

I met a girl on social platform who is epitome of fangirling for *Afridi*, the name we all must have heard once or more in our life while watching cricket. The man who was a ray of hope for nation when we were close to losing, we all said it once or more deep inside our heart “abhi afridi rehta hai” and he was also a nightmare for the opponent when his bat would turn into a flabbergast piece of wood which could become unstoppable and majestic flicks and knocks could easily by manifested.

Bakhtawar, a girl from Pakistan living abroad, the real aficionado of Afridi, who did not only meet Afridi by crossing all hurdles came in this journey but also paid homage to him. She had done the stuff which we all could imagine only. While telling her story and paying tribute, she purely demonstrate her doting attitude towards her ideal, her life, her everything, Afridi!

“Most people’s cricket story starts from younger age especially for those in Pakistan. But for a person like me who grew up abroad in Austria where emphasis was on Football, I had no clue of the word “Cricket” until they start airing the T20 WC in 2007 in Europe for the first time on GEO SUPER.

I was around 10 when I first came across this. Rather odd game where you hit the ball with a bat, run and this man with a sunglasses stands there doing random hand signals and everyone screams. 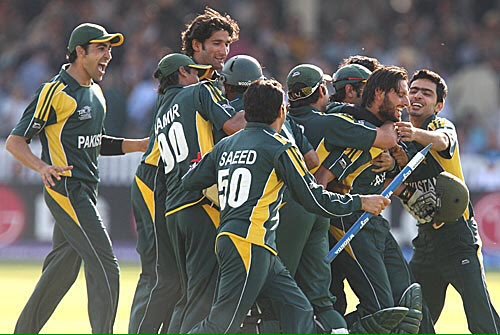 Still remember when I came into living room after hearing my dad say “Misbah Chakkah maar”- last over Pak vs Ind final in Sept 2007. Unfortunately we lost but for me it was discovering a whole new world that made me curious to find out more about it. So I started it watching with my dad more often 2009 was the year when I first witnessed Afridi become a hero when PAK won T20 WC *BOOM BOOM AFRIDI* everyone called him and seeing those massive shots made cricket such an exciting game for me. 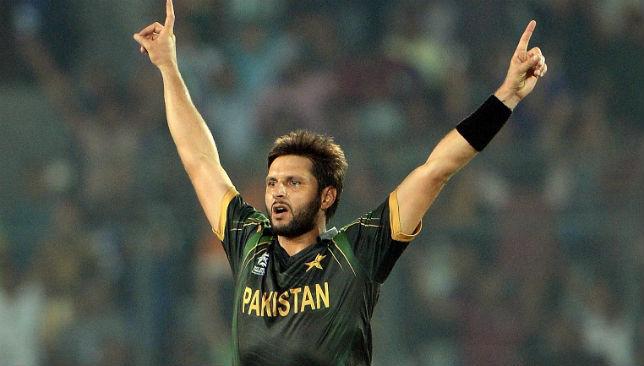 He was the man who made me fall in love with cricket. For me Cricket was all about *AFRIDI*. I uses to search him on internet, watch interviews and highlights and became more addicted to the sport. I HAVE NEVER SEEN CRICKET WITHOUT AFRIDI.

In 2011, we lost the semis. It was a big shock and heart breaking, watching him in such a state and there wasn’t a single person who hated him. He gave his all on 30th March 2011. (pic 2) In addition to this I have a craziest crush on him in those days. Awkward! I had 300+ pics of him and all his interviews saved in my phone.

My Family and friend mocked me but I never stopped and used to talk to his snaps telling how my all day went and one day I’ll meet him. My diary from 2011- depicted the scenarios how would we meet. Actually believed that would happen and laughed at it. 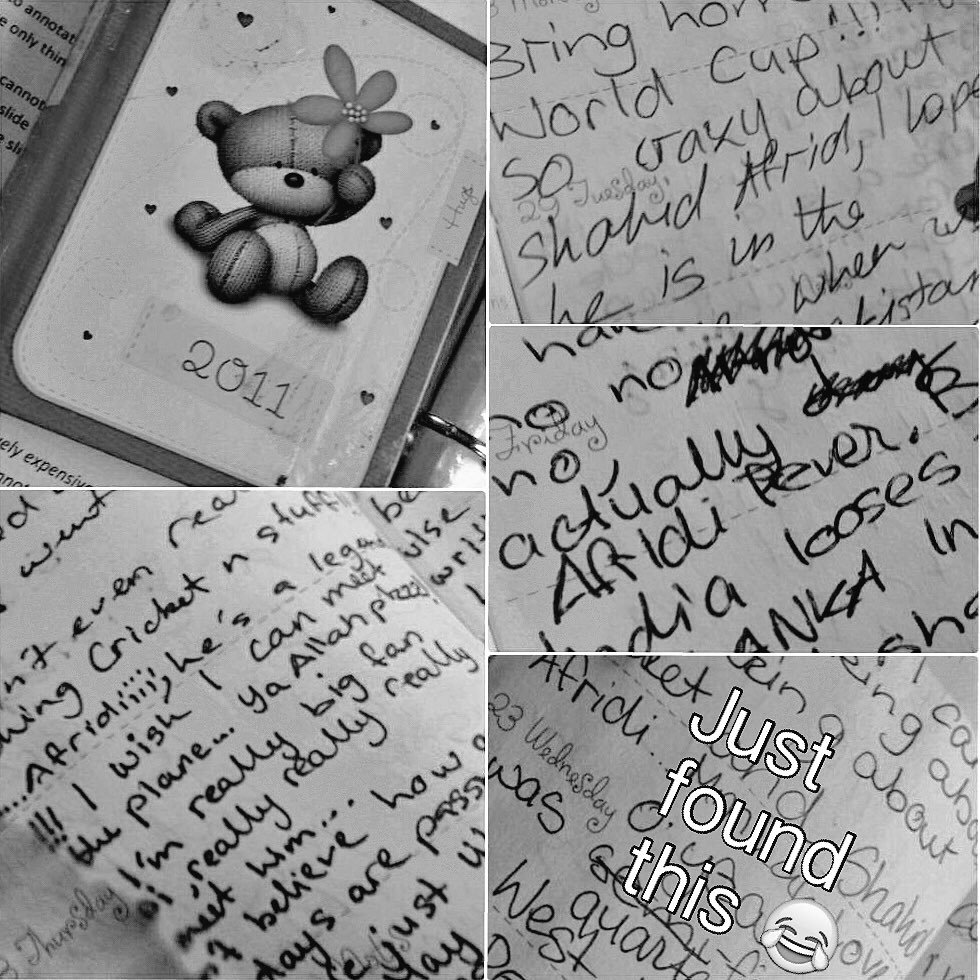 Made a website, fan page, YouTube channel and what not just that he’d come to talk to his fans but he isn’t. I spent good 6 months on it. Pakistan didn’t have any matches since 2010 but Lala came for county and I would beg and cry to my father to take me but he ignored every time by saying “Itni door southampton main” I tried everything I could to see him playing once but God had other plans.

3-JUNE 2014, THE DAY I FINALLY MET MY HERO. I could not sleep whole night and got ready myself sharp at 5:00 AM to meet him in the RADDISON BLUE HOTEL near OXFORD STREET. I got to the hotel and asked receptionist, “Is shahid afridi is staying here?” she said “Yes!” My heart skipped a beat. She actually called him and I talked to him on phone and apologized because he was sleeping and he said *Main Aata hun thori dair main*  He was right in front of me, so humble and kind and we had a breakfast together. I’d probably write a book on that day but in short I showed him a portrait that I made for him and he was surprised *Yeh apnay bnaya hai* – signed it with little message

Words can never express amount of love for him, though he was not the consistent yet he had given us many match winning performances. The highest wicket taker, 39.96 overall, Huge sixes that made everyone to cheer up *AFRIDI YOU BEAUTY*  And the way he flicks his hair before bowling. You may not love him but I can vet everyone had a hope “ABHI AFRIDI KI BATTING REHTI HAI”

Let’s leave all negativity behind and pay him tribute because he had given us so much to be proud of and a line “INDIA SAY BUHT PYAR MILA HA” will not decide his love for his country. I don’t claim to be his biggest fan because everyone think they are but remember LALA there’s a girl thousand miles away who loves you to bits.”

The journey of this girl to fetch her biggest dream of life hits right in the feels. No one can truly understand such a fan ship. We all agree Cricket won’t see another Shahid Afridi. It’s just one in a million things but this girl is the goal for fan ship.