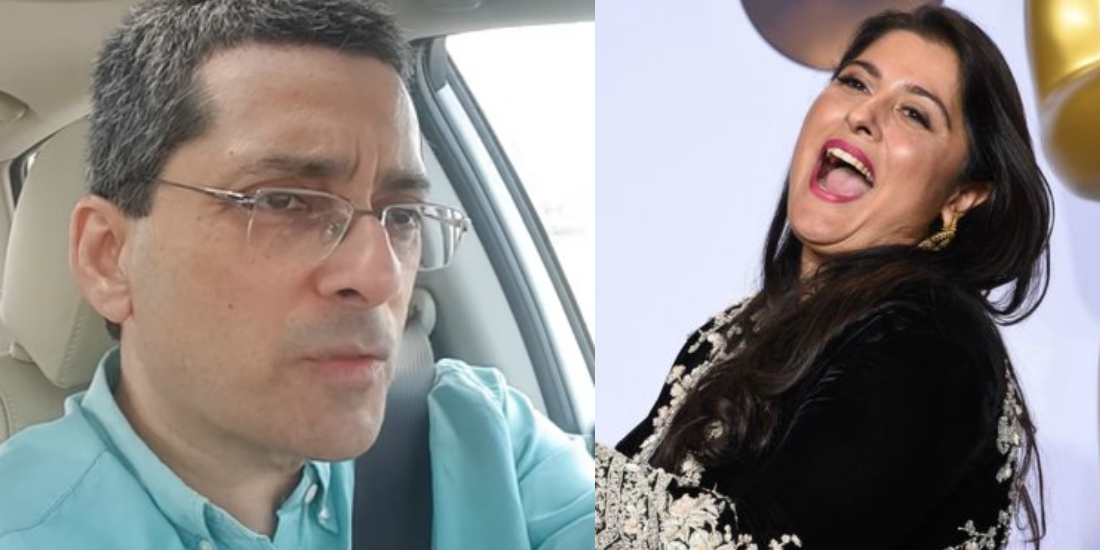 Social media is currently in a meltdown after a case of ‘harassment’ was filed by the famous, Oscar-winning director, Sharmeen Obaid. It all started when Sharmeen accused her sister’s treating doctor of harassment at a private hospital in Karachi who sent a Facebook friend request to her. Later, this led to the doctor actually getting suspended.

Many famous personalities have spoken against her and the whole controversy of how sending a Facebook friend request does not come under harassment. However, just recently, Faisal Qureshi who is a TV talk show host, web broadcaster, blogger and entrepreneur just shared his two cents on the whole scenario.

Him, along with Urooj Fatima and Marium Pervaiz, talked about how Sharmeen is playing the woman card and that women rights and human rights are equal. Faisal went on saying that Sharmeen has always portrayed the negative aspects of Pakistan in her documentaries and has won awards on the basis of that. Sad.

Watch the full video here and see what Faisal has to say:

Asking a few people around them about Sharmeen, some didn’t even know who she is. Oops! However, Faisal’s argument was about something else. It was about Sharmeen’s tweet where she had mentioned earlier that the doctor “messed with the wrong girl in the wrong family”. Faisal added that the working class and the public is sick and tired of such families who have been using their ‘power’ for such issues since ages and that this will have to stop.

Do you agree with Faisal’s argument? What are your thoughts on this? Let us know in the comments below.