What Does It Mean To Be A Homosexual In Pakistan? Find Out...

How many of you might have thought that being a part of the LGBT+ (Lesbian, Gay, Bisexual, Transgender and more) may be a Western culture thing? Have any of you ever thought that what if an LGBT+ community existed in a close-minded society like Pakistan? And if it did, then what are the chances of them coming out of the closet and actually surviving? But the main question is that what does it mean to be a part of the LGBT+ community who are homosexuals, in an extremist and close-minded society like Pakistan?

Being a homosexual isn’t just a Western culture thing, but it exists all around the world, including the Islamic Republic of Pakistan. Sadly, us Pakistanis don’t know much about their existence because the people belonging to this community tend to stay hidden and even if they want to come out, they are either shunned by the close-minded society or are forced to live a heterosexual lifestyle. There is no third option for such people. It’s either that or being imprisoned for life or in worst case scenario, death. 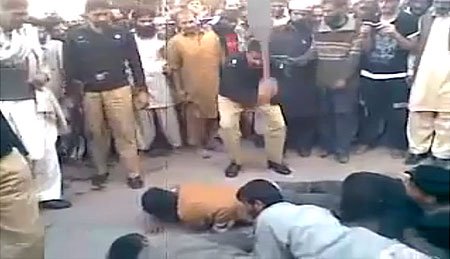 Since being a homosexual is considered to be Haraam (a sin) in Pakistan, such people try to find various ways to socialize with people who are just like them without getting caught. They too have their own dating apps, like Grindr, ManJam, and Scruff, which allows them to connect and socialize with their kind anonymously. But sometimes even apps like these may act as a hoax for homosexuals, as a few extremists find their way to somehow eradicate their kind by registering themselves on these apps and catfishing such people, only to kill them.

In one episode of a VICE News series: Blackout: Being LGBT in the Islamic Republic of Pakistan they showed an extremist group of people proudly talking about how they killed two gay people caught in the act of having sex. According to the extremists, the punishment for the homosexuals is to throw them from any highest point they could find so that it may become an example for others.

In the same episode, Qasim Iqbal (Founder, Naz Male Health Alliance) talked about a case where a person was running a closed Facebook page for homosexuals which turned out to be the cause of a few members, specifically in Lahore, being murdered.

As Pakistanis, we need to have a bit more acceptance towards such people, as they too are human beings and humanity should be above all religions and beliefs.

UberMOTO Is Coming to Lahore and They’re Up to An Amazing Cause!
Rahim Zulfiqar Ali – A Talented Guy You Should Know About
To Top