Everyone's Talking About A 'Weird Smell' In Karachi's Atmosphere

Karachi is hit with a scorching heat this summer which is quite unusual for this city. The forecast simply doesn’t fall below the range of 40 degrees during the day and if you dare to step out in the city, you will probably not stand a minute. Coincidentally, we are having the holy month of Ramadan and fasting in this maddening heat is a challenge for every Karachiite. Where you have to live through this crazy heat during the day, you cannot find a break at night either because the humidity is deplorable. On top of all, Karachi was hit with a weird smell in the atmosphere which pretty much made it worse. Considering this, it’s probably not a good idea to ask a Karachiite how are they spending their days…

According to Weather Updates PK, it was due to a wind shift from the East, Somalian currents were very strong over the Arabian Sea and due to the presence of LLC off coast Karachi, the wind shift reached upper atmospherical levels, hence, the atmosphere smelt unpleasant. I’m sure you didn’t get that; me neither.

If you can decode what rocket-science the following image shows, you’ll understand better. 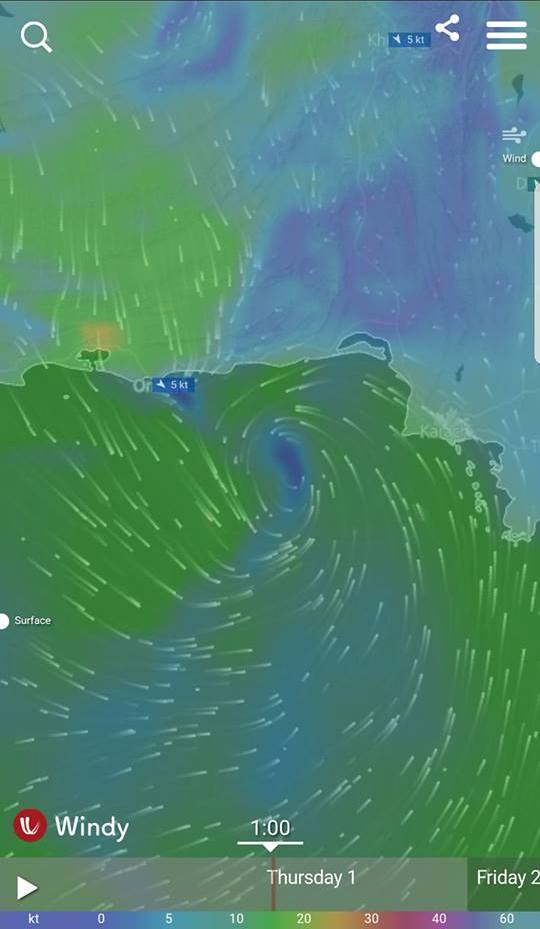 The mystery was quite interesting while it lasted. Questions after questions were poured in regarding the weird smell. Thank God people took to social media to actually discuss if they were not the only ones who could smell something weird. Otherwise, we all could smell something, but we chose to ignore it.

Lots of people complaining about some smell in Karachi. It must be really terrible since they actually noticed it. Usually they’re immune.

Thought there was a dead animal in the house. Then i could smell it outside. #karachi are you playing mind games with me? Wtf is this smell?

I was trynna find the source of this smell in my house. Washed two bathrooms. Turned out pooray Karachi main Hai lololololol.

UPDATE: MET officials claim that the smell had nothing to do with a shift in wind or weather

According to various sources, the Pakistan Meteorological Department (MET) and Sindh Environmental Protection Agency have dismissed any claims of the smell being related to weather conditions or shifts in the wind. They further claim that they aren’t able to provide a thorough explanation of what could be the cause.

However, one official explained that the foul odor could be due to chicken excretion dumped in the outlying area of Karachi, and the smell could be diverted into the city due to the change in direction of the wind. Makes sense, perhaps because it did smell like crap anyway…

The matter’s settled. Now we would always know what would be the cause of a strange smell in the atmosphere of Karachi in future. Just hoping that it doesn’t occur again because it was seriously torturous on top of the cruel heat.