A Weird Creature Was Seen In Karachi's Shershah Market And The Shopkeepers Are Scared To The Core!

Ever encountered something weird except your own existence? Or at least seen some jin on your way home? Well, just recently, news came in from Karachi’s Shershah Scrap Market which scared the hell out of Karachites. For people of the metropolis, the only ‘bhoot’ in their lives were the black uniforms till now but this ‘ajeeb makhlooq‘ has sure turned down their game.

A weird creature was seen on the streets of Karachi!

Previously, the strong-willed Karachi residents have also witnessed a witch roaming on the streets of Karsaz in a red bridal dress asking for a lift, unfortunately, its not the same thing this time. Recently, shopkeepers of the world-famous “kabari market” situated in Karachi’s Shershah area encountered a preternatural beast which created huge chaos. The scared shopkeepers gave priority to their lives first and ran away leaving their shops opened. 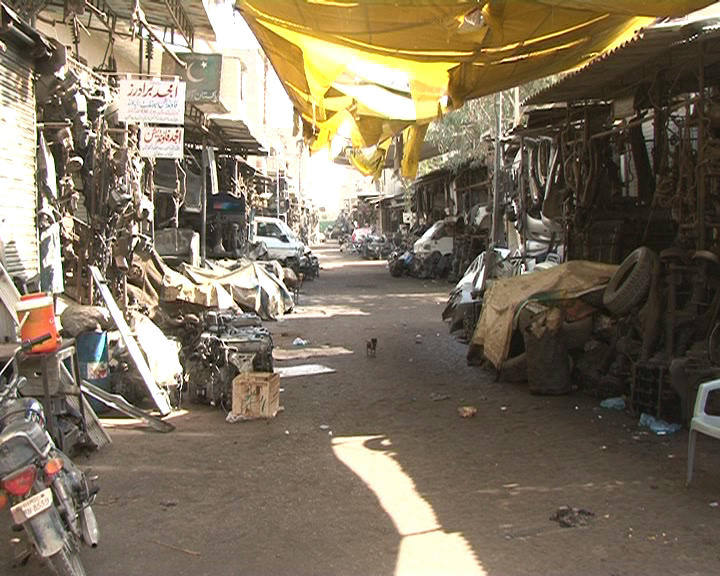 According to an eye witness, “the creature was jumping nearly 5 feet in the air and could cover a 20 feet distance with it. It was black in color had yellow shiny eyes and looked really horrible.” This must surely be a frightening sight to see.

Also read: Here Are The 8 Most Common Symptoms Of Jinn Possession!

There were some people who had kept their sacrificial animals near the market. Later when the shopkeepers came back to quickly wind up their work, they were shocked to see what the creature did behind. As the shopkeepers returned, all the goats were on the ground, lifeless. It seemed like the creature had sucked all the blood from them. Shockingly, there were some dogs too among them.

Here’s the video that was recorded!

The weird incident also made it to the mainstream media! 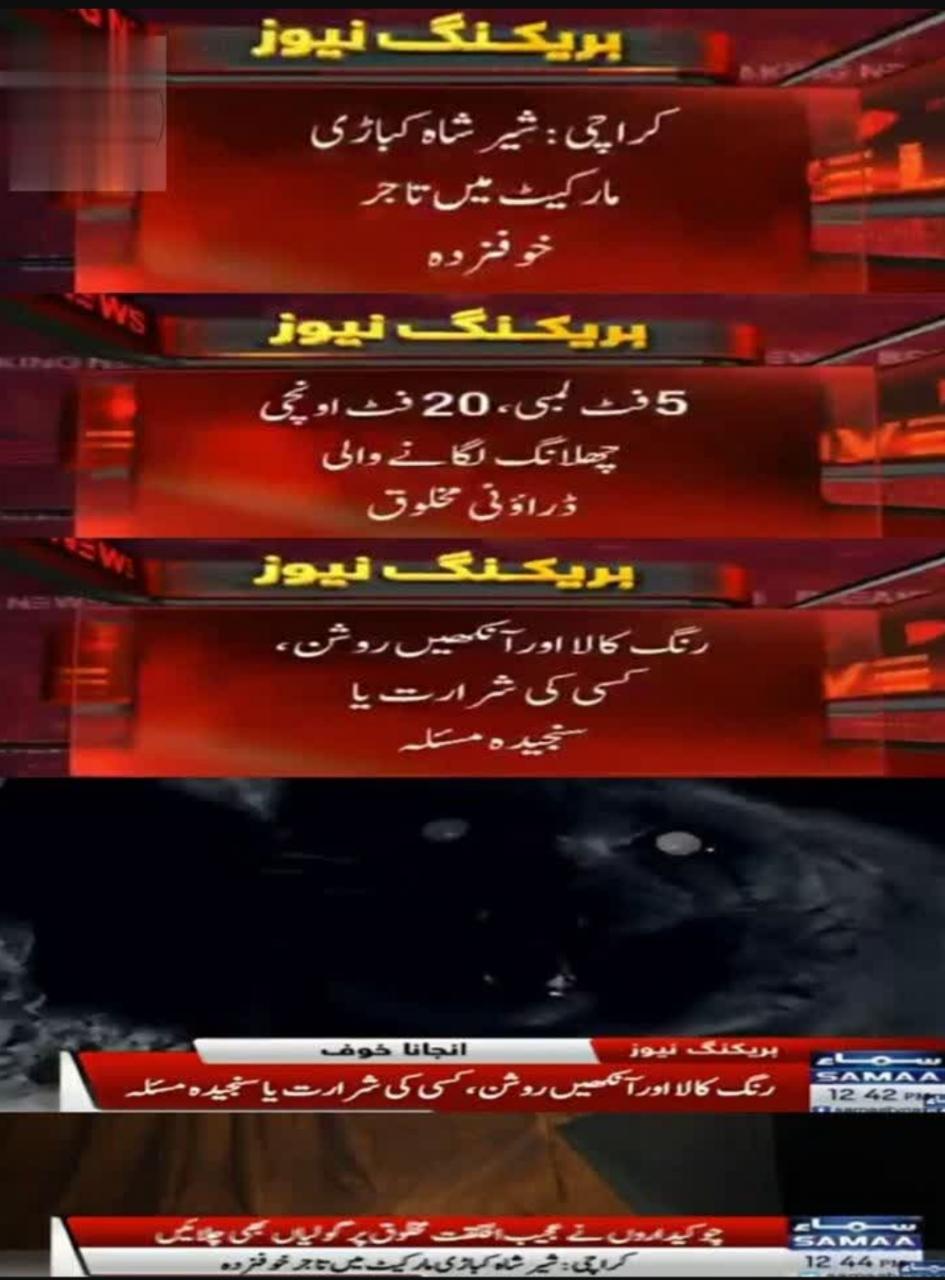 Well, it isn’t still confirmed that it was really some ‘kaali makhlooq’ else or some human trying to invade in for attention. There are various outcomes on the incident, some are calling the creature an official of the FBR and some are it the infamous Altaf Bhai. Whatever it was, real or joke, it sure wasn’t received well by the shopkeepers.

Check this out too: Here Is Some Unknown Information About Jinns You Should Be Aware Of!

Have you watched the Bollywood movie “Creature 3D” which was Pakistani actor Imran Abbas’s debut with star Bipasha Basu? This story sure looks like a sequel to it, the only difference in both is that this scene actually holds some reality, oops!

Are you getting scared? Well, the comments section is all open!

This Brave And Loving Mother From Karachi Lost Her Life Trying To Stop Her Son From Committing Suicide!
Maryam Nawaz Wore A “Free Nawaz Sharif” Kurta Designed By Hina Butt To Court And Pakistanis Lost It!
To Top