A BSF soldier made a shocking claim in a video that has been circulating all over the social media for the last 9 hours.

Deployed at the Pakistan-India border in Jammu & Kashmir territory, the BSF soldier has accused the Indian government of ill-treatment of soldiers. He reported that soldiers are served poor quality of meals and even are compelled to keep up with “empty stomachs” often times at night. His claims have officially led the border force to establish an inquiry.

In the video uploaded on Facebook, the BSF soldier complained what the Indian government procures for the soldiers at the border. He even claims that some government officials procure items to sell off in illegal markets.

The BSF soldier released more videos on Facebook. The constable Tej Bahar Yadav of BSF’S 29th battalion lays great emphasis on the working conditions soldiers like have to go through and highlights the quality of food being served to them.

Here he shows the kind of food served to them.

“We only get a ‘paratha’ and tea as breakfast and this is without any pickle or vegetables. We slog for 11 hours and at times we have to stand throughout the duty hours. For lunch, we get ‘daal’ which only has ‘haldi’ (turmeric) and salt with roti. This is the quality of the food we get! How can a jawaan do his duty?

“I request the Prime Minister to get this probed… no one shows our plight,” said Yadav. 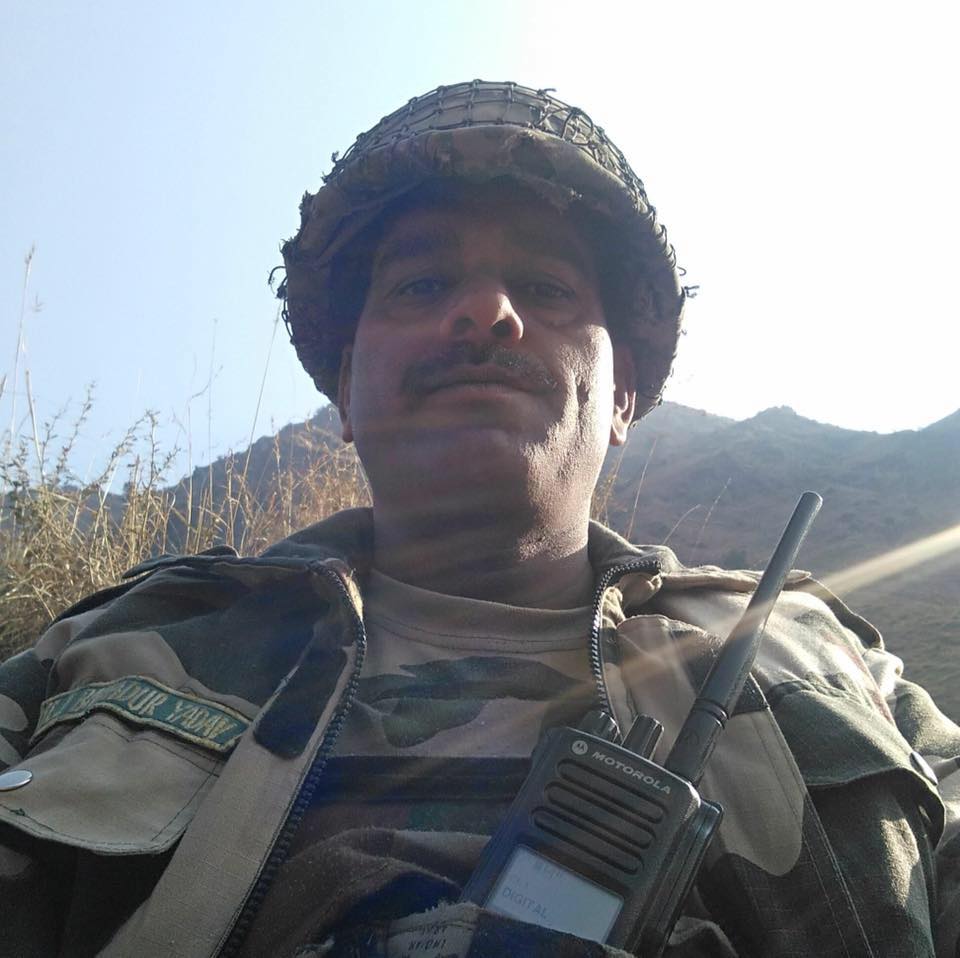 He even mentioned that he may not be here, indicating that action might be taken against him for blatantly exposing the Indian government. He kept urging people to advance this issue so that accountable actions could be taken.

Our noisy neighbors keep boasting a lot about their supremacy but achieving so-called supremacy on the expense of maltreating their vital resources just shows where they actually stand.

We empathize with the unfortunate BSF soldiers like Tej Bahadur Yadav who have to put through with the shambolic treatment of their local government.

Serving their lives away from their families, sacrificing immense and then being rewarded with bad food is insane. Good nutrition is their right and requirement as soldiers.

We may not be aware of how long it could be going on for. One soldier took the risky leap of creating awareness once he had had enough. Wonder how many other BSF soldiers had to go through it and did not choose to raise their voices in fear.