Here's Why You Should Be Deeply Concerned With Rising Water Pollution

This article was originally submitted by Faiza Mughal

Water pollution is the entrance of harmful and toxic substances into the water bodies; River, Land, Ponds, Seas, Oceans and so on, causing the life in the water (Aquatic), the life of the water (Itself) and life depending upon the water( Household) to be suspended.

Water is the most important ingredient of survival and it is polluting day by day at a faster pace. As, the world is surrounded by 70% of water and unfortunately, only 1% of freshwater is available to people. Rest of the water is contaminated by the organic and inorganic pollutants present in it, spreading fatal bacterial and viral diseases, lowering an immunity of people, degrading the quality of drinking water and weakening an ecosystem. It is a considerable challenge. As;

“2.2 billion people do not have access to safe drinking water, and 4.2 billion, or 55% of the world’s population, are without safely managed sanitation.” (UN world water development report, March 22)

It is an alarming situation that needs coping as soon as possible by adopting effective and efficient measures.

Next, surface water pollution is also adding to the water pollution day by day, contaminated by animal and human waste, polythene bags, certain toxic metals and etc. further “Nearly half of our rivers and streams and more than one-third of our lakes are polluted and unfit for swimming, fishing and drinking” (U.S environmental protection agency) 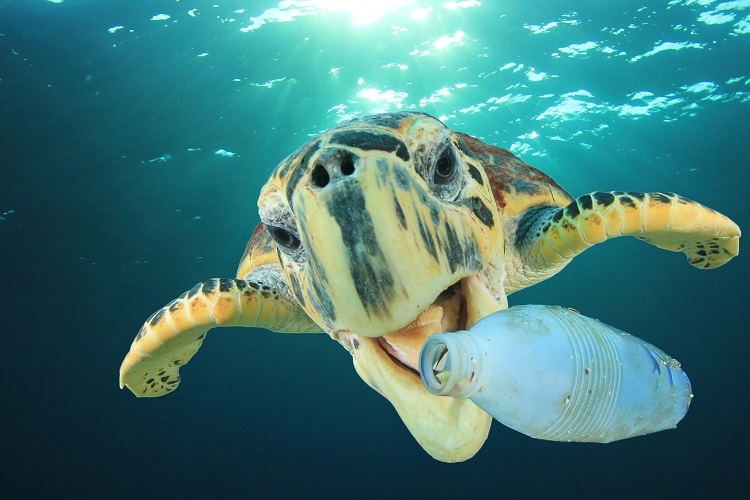 Such as; oil spills and oil leakage near the ocean, chemicals excreted by ships and vessels in the ocean, garbage at seaside and rivers. All these factors contributing to oceanic pollution, making the life of aquatic livings more and more dangerous. It is said, “One can’t fight with nature.”

Nature is also contributing. All these sources of water, ground, surface, ocean are polluted or contaminated by certain natural phenomena, such as; volcanic eruption, it is an unavoidable natural source of water pollution. When a volcano erupts, it contains microscopic fragments of solidified magma. Also, the ash can travel the surface and groundwater. It is full of heavy metals, like; Copper, Cadmium and Arsenic, making water bodies hazardous.

Likewise, storms and floods are also from nature. They bring along with them unlimited garbage and residues, plastic, polythene, bottles, and etc. in a consequence of this, the water gets polluted which is one of the most dangerous threats to aquatic life. This extremely polluted and untreated water then directly enters the groundwater, runs into the rivers and oceans.

Apart from natural phenomena, some human activities raising water pollution; such as there is no proper water management system.

The officials failed to provide smart rules and regulations at an individual and aggregate level to save and protect water. The industries and households, therefore, are fearless in spreading water pollution.

Households are adding 70-80% to water pollution. Unlimited effluents of soaps and detergents, chemical residues from cleaning and other household activities, waste from slaughter time to time, waste from the hospital (blood, Urine bags, used drips), waste from dairy products, waste of animals and human, contaminate the water to such an extent that it no more remains capable of retreat or reuse.

There is kilometres of medical waste including hundreds of open needle syringes amongst other things, that has come in from the ocean. Clifton beach, at this moment, is extremely dangerous and needs to be shut down #CliftonBeach #MedicalWaste #BeachShutDown #ImSoSorryKarachi pic.twitter.com/VEDZUdauNe

Further, industrialization is adding much to water pollution. Though the world has been developing vastly with industries it is also harming all livings badly by polluting water. Their unlimited oil spills on beaches and seasides do not let the water hygienic and healthy. Moreover, a lot of sewage is dumped by industries in water without any treatment, which makes it hazardous for living beings.

“If active and abandoned Coal mines are not properly managed, can sometimes flow through the mines, become highly acidic and rich in metals. The resulting drainage water is detrimental to human, plant and animal life.”

Thermal water pollution, another cause of harming water bodies; also nourish by industries. The thermal pollution occurs due to altered (increase/decrease) water temperature, as a result of inappropriate industrial activities. The industries use water from lakes, rivers, ponds, pools, and seas to cool their plants and machinery. They then dispose of this used water back to the original source. The returned water also contains along with it a lot of organic and inorganic, chemicals, gases and metals causing thermal water pollution.

The metals having high atomic mass cause intense water pollution, such as:

Mercury: mercury compounds are highly dispersed by a complex system of the physical, biological and chemical process. Chor Alkali industry has been found as the largest user of mercury. It produces chlorine and caustic soda by electrolysis of sodium chloride solution. Also the phenylmercuric acetate use in the paper industry, organ mercury compounds use in agriculture, lead to the growth of fungi on agricultural seeds. 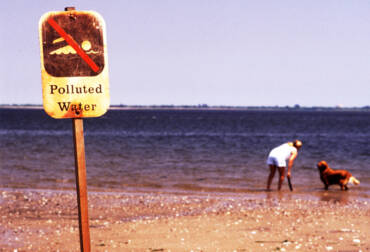 Lead: another high toxic metal also adds to water pollution. It is highly used in pipes, designed to carry corrosive materials and as a covering for cables. The high level of organic compounds in lead harm the body internally very severely.

Next, Nutrient pollution, also called Eutrophication, is another cause of water pollution.

It includes fertilizers and chemicals, having nitrogen and phosphates. These nitrates and phosphates are dangerous and present in fertilizers and pest sprays. From there, they travel to the water bodies and lead to the growth of algae in the water. The algae then block the passage of light to other plants and in a consequence of this, the plants die, decompose and lead to a deficiency of oxygen in the water. And eventually, the deficiency of oxygen paralyzes an aquatic life. It is important to note that nutrient pollution is mostly found in countries, who larger part depends upon agriculture.

Every action is followed by a reaction. Similarly, all the above-mentioned sources and causes of water pollution are followed by a number of effects, including weak ecosystem, lowest quality of drinking water and numerous fatal parasitical, viral and bacterial diseases, borne by pathogenic micro and macro-organisms. 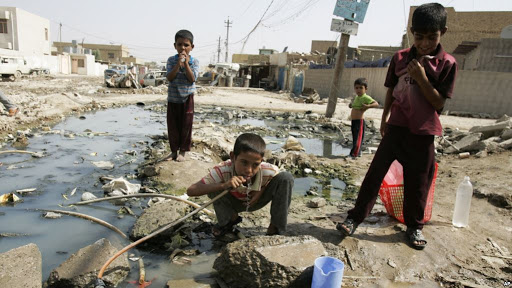 Furthermore, water pollution degrades the quality of drinking water. It is said, if there is magic on earth, it is contained in water – it’s the driving force of nature, the one basic element to sustain life on earth. But unfortunately, “783 million people do not have access to clean water and around 2.5 billion do not have access to adequate sanitation.” (United Nations)

The low-quality water and numerous bacterial and viral diseases ultimately weaken the ecosystem. Because water is an essential part of our lives that need purity and cleanness as soon as possible. For this purpose, one has to follow certain measures.

First of all, awareness campaigns should be organized to inform people about the importance of saving and cleaning water. Small tips that can be adopted at an individual level need to be shared. As, to pick one’s trash, checking of taps, shorter showers, checking of leakage, prevention of leakage from bikes and cars, stoppage of pouring fat from cooking or any other type of grease down the sink and minimum usage of detergent and soaps including phosphate.

The orientation session should also be organized time to time for the industrial community on how their wastage is harming society and how their preventive measures would benefit society? They should sense their social responsibility.

Secondly, there should be an efficient water sanitary mechanism to control water pollution. 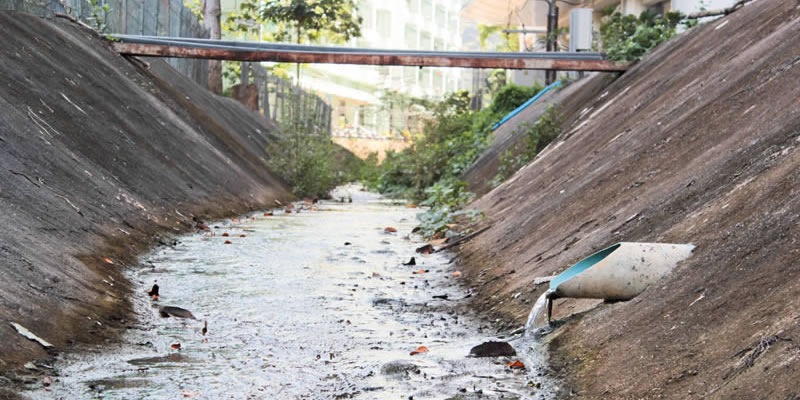 The mechanism should set certain standards to meet water quality. Moreover, a proper code of conduct should be prepared for industries to dump their oil spills and sewage.

Separate pools should be made and garbage boxes should be provided to every industry for their wastage. And if any industry would found without these gadgets, they would have to pay a penalty. Moreover, water waste management should be adopted by acquiring modern techniques.

“Untreated wastewater is also a major source of methane, a powerful greenhouse gas. Wastewater harbours more energy than is needed for its treatment, provided, of course, that it is harnessed. It means the optimal use of wastewater by modern techniques, allowing extraction of methane from organic matter and then uses this biogas to generate the energy needed to run the process.” (Water development report 2020)

All these measures are productive if a water management team has access to quality funds.

Here state should play its role and pay attention to the financial assistance of these institutions to improve water management.

So, it is concluded, water is an essential part of all living beings that have been polluted due to certain anthropogenic and natural activities. It is not difficult to cope with the situation. Some optimistic measures are needed.

Everyone just has to understand his/her duty individually, has to play his/her role in adapting modern techniques, and has to follow codes of conduct to eradicate water pollution and make an ecosystem healthy again.