The Water Crisis In Sindh Has Farmers Marching Towards The North|Parhlo.com

People had been blocking the roads due to the water crisis in Sindh. According to Ali Akbar, a shopkeeper, “They were demanding the government declare a water emergency and resolve their woes on a war footing,” to further add, “It was extremely hot, but they remained resolute.” He mentioned this in an interview with the Thomson Reuters Foundation. Moreover, water scarcity in Pakistan is a severe issue and its needs government attention.

This isn’t the first time that Sindhi farmers have marched for the on-going water disaster in the country’s southern region. However, every single outcry should serve as a triggering point for the government to ensure proper management within the villages.

Water Crisis In Pakistan And Its Undying Impact:

The water crisis in Pakistan has been going on for far too long, while there have been fewer solutions. It seems that there were 1500 marches as the crowd reached Thatta. Moreover, the purpose of the march was to seek out the reason behind the water shortage and erosions, in their villages. The people had been marching north, apparently. 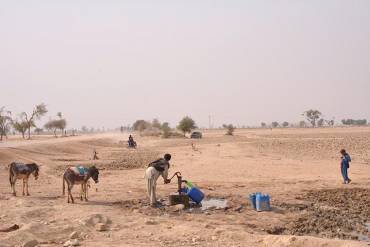 Simi Kamal from the Pakistan Poverty Alleviation Fund addresses that there along the Indus River there is tremendous irrigation. All of it is due to the shortage of water in Delta. In addition, there is barely any water in the systems. She said, “Together these have been catastrophic for the environment as well as the local population,” which is quite obvious or else the villagers would not be protesting or marching.

Once again, regarding the water crisis in Sindh, a report suggests that delta is barely receiving any water. The number is less than a third of the water that it deserves. The horrific situation has marchers diligently withstanding the unbearable heat to bring awareness towards the problem. Moreover, water is a basic need and if that is not fulfilled, then Pakistan fails as a nation.

Deputy Commissioner of Thatta, Usman Tanveer, mentions that the problem is due to the temperatures in Skardu. Snow doesn’t seem to be melting because of the warm temperatures. “It takes between 17 to 25 days for the water from Skardu to reach us. The unprecedented and persistent low temperatures delayed snowmelt and created havoc for us,” he addresses. 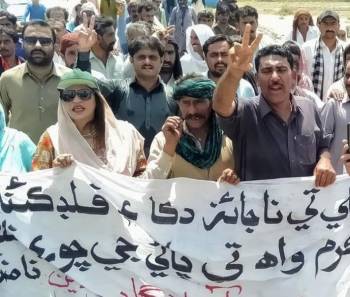 However, Khalid Hyder Memon a former official of the irrigation department says that Punjab seems to receive Sindh’s portion of water as well. He says, “An audit would establish how much water scarcity there is in the system and how much is released to each province,”

The issue is severe. The Karachi Water and Sewage Board actually has about 14,000 employees. In addition, their annual budget tops to Rs6 billion. Yet, the filtering plants are not producing water in par with WHO’s requirements. The locals of Sindh turn to the Indus River for their water supply, while the water is contaminated and sees a decrease as well.

The good news is that the International Green Climate Fund will be funding $35 million, along with $12.7 million, to Pakistan for the betterment of the farming systems and water issues. This will be for both Sindh and Punjab. Aside from this, the U.N Food and Agriculture Organization will be running a six-year project starting from 2019. Its focus is on helping small-scale farmers farm with limited water.

What do you think of the situation? Is the government doing anything to solve this issue? Will the water crisis in Sindh and Pakistan, in general, continue forever? Share your thoughts.