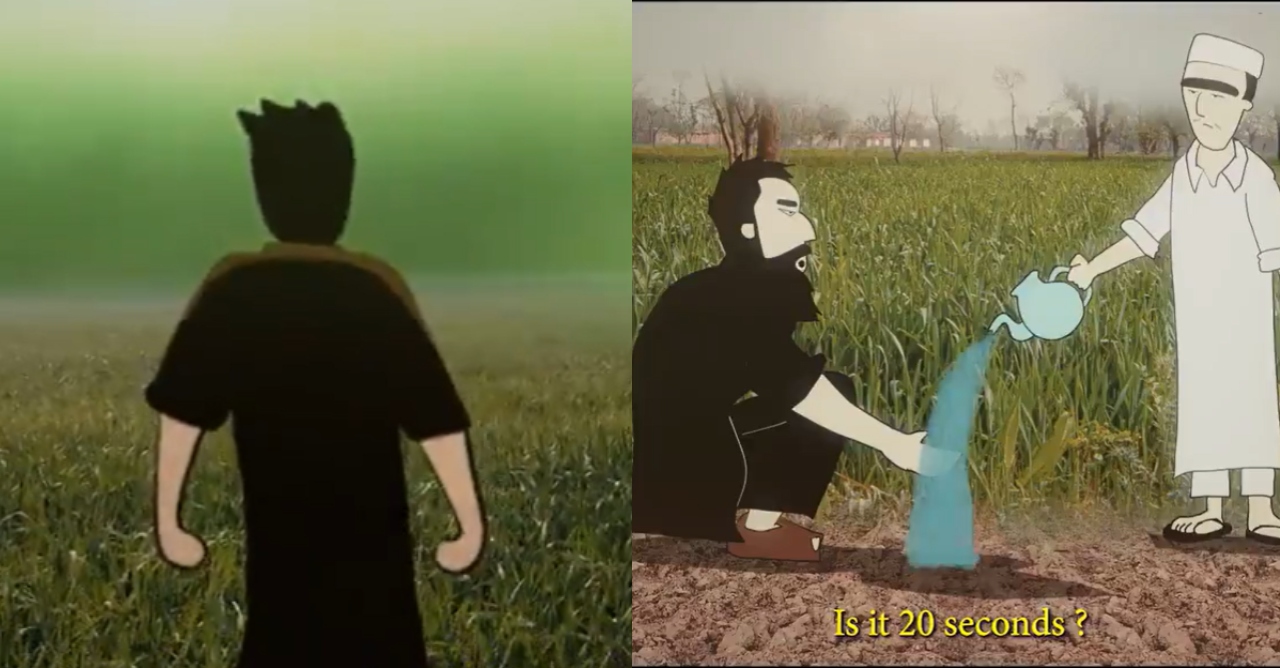 The Khyber-Pakhtunkhwa province of Pakistan is spreading an animated, Pashto-language video to warn its population about the coronavirus pandemic – and taking a shot at its gun culture in the process, said Reuters.

In the video set in a field amid lightning, protagonist Pabo “Badmash”, or Pabo the Thug, is setting out to defeat the virus. Villagers offer him a wooden bat, a pistol, a sword, and even a rocket launcher.

But Pabo astounds them by refusing, saying he will defeat the enemy with his “bare hands”.

He then proceeds to wash his hands with soap – and even checks to ensure he has lathered them for 20 seconds, as recommended.

This is our latest video on spreading awareness about Corona Virus. (PASHTO Version)
Stay safe and #washyourhands. Please watch and share.#COVID2019 #PakistanFightsCorona#CoronaFreePakistan pic.twitter.com/I3tvp7phws

“The soap is my law,” says Pabo, playing on the saying “the gun is my law,” a common refrain among many Pashtun tribes for whom gun ownership is deeply engrained.

Last month, Vietnam initiated a project involving a catchy music video, which includes demonstrations of hand-washing. India has roped in celebrities to push their campaigns.

Over 1200 confirmed COVID-19 cases in Pakistan

Pakistan has more than 1,200 confirmed infections, the highest number in South Asia. Eleven people have died.

Many parts of the country have imposed lockdowns, but authorities say they have struggled to get people to cooperate due to a lack of awareness.

They say that is particularly a problem in Khyber-Pakhtunkhwa, which saw the country’s first death from the virus last week.

So, two weeks ago, the government reached out to media and communication specialists asking them to help.

“The Khyber-Pakhtunkhwa government realizes that this war will only be won if we win the public awareness war,” said the province’s health minister, Taimur Khan Jhagra.

Zeeshan Parwez, a Pakistani-Canadian who owns a video production house in Peshawar, the provincial capital, said the idea was to make the video relate to people sometimes overlooked in government campaigns.

“‘The gun is my law’ is one of the most used lines in Pashto slang. To replace ‘gun’ with ‘soap’ was the perfect rhyming choice.”