These Posts By Wasim And Shaniera Akram‏ Are Giving Us All 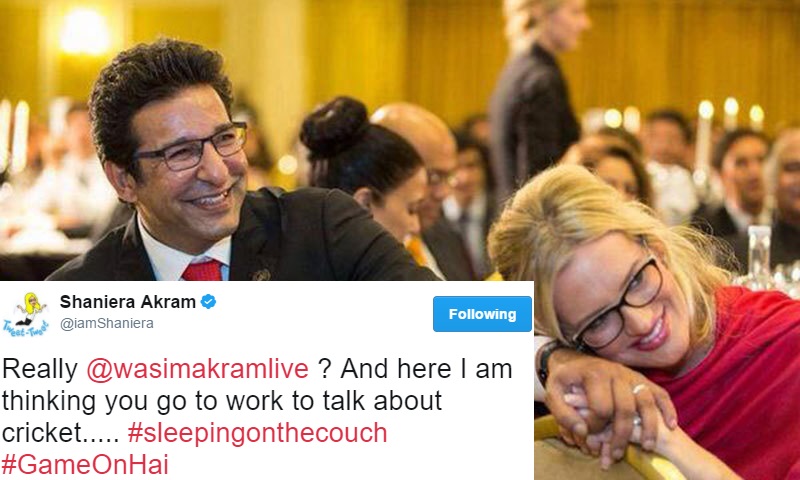 It is quite common to hear Pakistanis comment on how if a native marries someone from a different culture or religion, the marriage is bound to have some ups and downs or even fail due to differences in culture practices and other perspectives. Setting an example in this department, former Pakistani cricketer Wasim Akram and his wife Shaniera Akram show you how you can a have a lovely and healthy relationship even if you marry someone from a different culture.

Shaniera Akram, originally from the lands of Australia, married Wasim Akram in 2013 and the couple isn’t shy to express their love in public.

Just recently, Wasim Akram on his show related to cricket shared a hilarious incident where his wife confused Kapooray (goat’s testicles) with mushrooms. Here’s how he narrated the story. His expressions are super hilarious!

It is so cute how Shaniera confused sliced kapooray with mushrooms, given how she is still new to the culture. It is even cuter how she responded to the video by making the following tweet:

Shaniera and Wasim both share the love for each on their social media spaces and it gives us all MAJOR couple goals!

When you love someone …. the world seems to fall away and all there is is that moment and that moment can last for a lifetime #Love

And How Shaniera Shares Her Love For Pakistan

Oh And Their Beautiful Daughter, Aiyla!

Wasim and Aiyla after a long afternoon in 37degree heat at Luna Park in Melbourne. Too cute #WazAndAiyla #LunaPark #AiylaAkram #WasimAkram 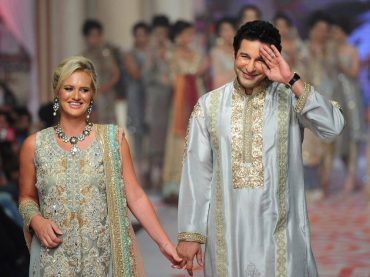 The relationship that Wasim and Shaniera Akram share, seems like the perfect example of “When West Meets East”. Here’s to hoping the couple shares more stories with us because we are so eager to set more couple goals!

This Worrying Situation Of Increasing Pollution In Peshawar Is An Eye-Opener For All!
Pakistani Celebrities Were Asked What Feminism Means And Their Response Is So Surprising!
To Top