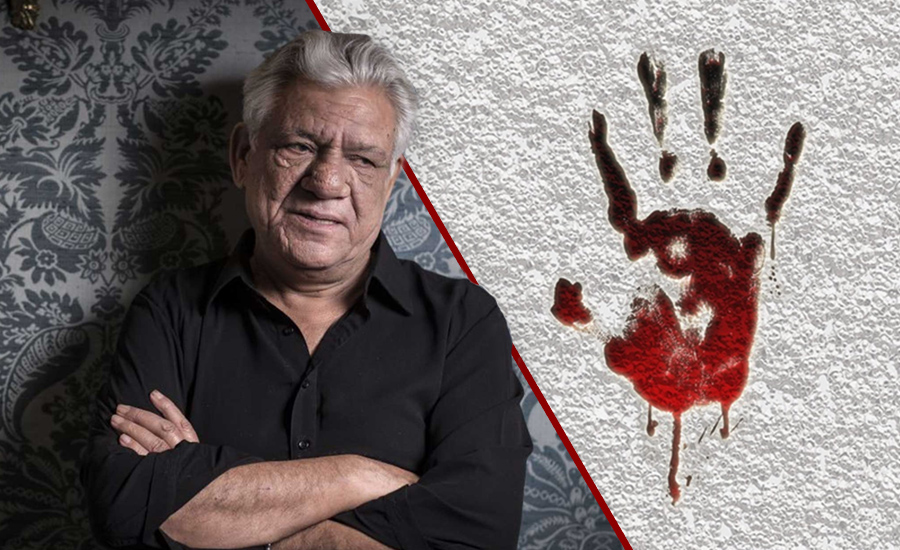 “Whenever I came to Pakistan, I experienced nothing but Hospitality.” These were one of the many beautiful words said by the late Indian actor Om Puri as he praised Pakistani hospitality in the last year. A rare sane voice in India, Om Puri died a couple of days ago. His death was initially reported to be a heart attack by the officials but now major Indian news outlets are hinting a foul play.

Hindustan Times, a widely read Indian newspaper has said that there was a ‘minor head injury’ found on Om Puri. Deccan Chronicle goes even ahead and hints a foul play saying that the police have initiated an investigation into the death. They have also interrogated the driver and domestic help of Om Puri.

Om Puri who has been an acclaimed actor of Bollywood, Hollywood and has even worked in Pakistani movie was under severe criticism because of his recent remarks. While trying to defend the inclusion of Pakistani artists in Indian movies, he was being bombarded with questions on an Indian talk show. He was asked about an Indian soldier’s death in an attack and he said that the soldier was there on his own will, no one forced him to go there. That didn’t go too well with India. He realized his mistake and apologized a dozen times to Indian masses for his words.  He even went to the village of the dead soldier, cried and apologized to the family of the dead. But that wasn’t enough.

The abuse didn’t stop and it had a background. Om Puri showed the other side of the coin to the Indian masses. He showed a mirror to rising fanaticism in India. He was countering the massively popular hate Pakistan rhetoric with logic and sanity.

Apart from his recent stint in a Pakistani movie, ‘Actor in Law’, he visited Pakistan almost half a dozen times and said he will continue going because of the love he gets. And thus he wasn’t in good books of Indian masses, understandably, as they were the same masses who elected Narendra Modi as their PM.

Om Puri was a rare sane voice that existed in India and now that is no more. He went against the fanatic narrative being preached on the mainstream media. Here is a clip where he talks about the ban on beef and people being killed who ate beef. He also highlighted the hypocrisy of India where on one hand they are killing for beef and on the other they export the same.

The Abuse and Threats

He has been a target of abuse from the Indian masses and authorities. The same masses who cannot accept anything other than the extreme hate their media is spreading. With rising intolerance, the abuse and threats began.

There was much more with such filthy words and threats that it’s not appropriate to share here. But here is one of those many threats, demanding that Om Puri should be ‘dealt in a filmy way’.

@AnupamPkher om puri you are a coward who needs to be dealt with in a filmy way. https://t.co/7beicueS0H

Has he been ‘dealt with’?

And here is one more video, this time from a Pakistani media outlet showing the background behind the whole saga.

Now that questions of foul play have been raised citing body condition and family sources, we hope the police investigation brings out the truth. And if there is a foul play, we hope the culprits will be brought to justice for silencing a rare sane voice of India.