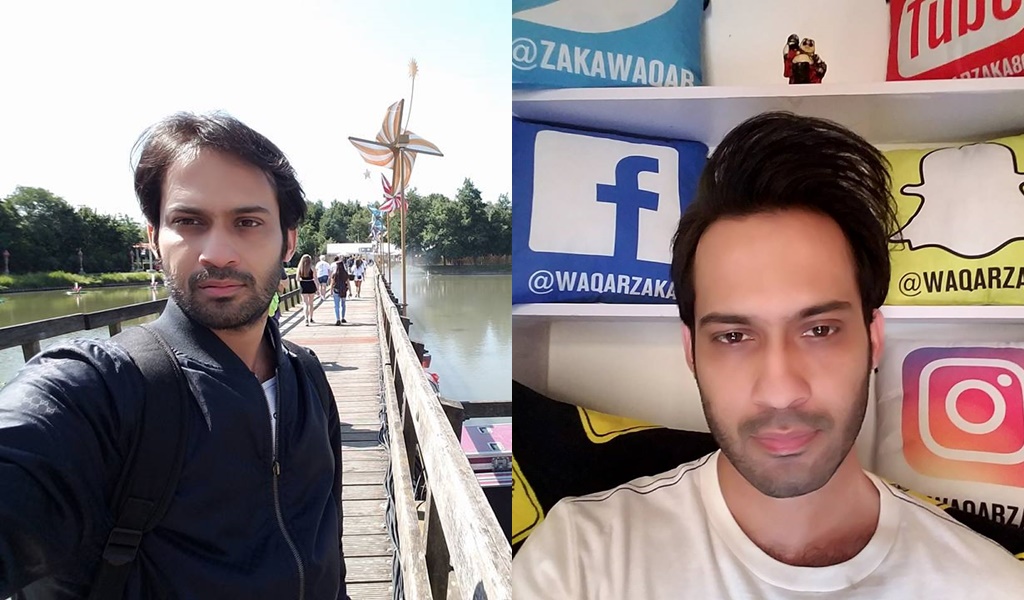 Often people have complained about the Pakistani bold host, Waqar Zaka. Usually, the host takes his Snapchat stories and talks about bold topics, such as sex education. Zaka doesn’t shy away – in his opinion, he is educating the followers. While people may not like the sexual content he shares or the subjects he talks on, he has been bold enough to tell them to unfollow him for all he cares.

A lot of people have said that Waqar Zaka posts sexual content on his Snapchat and Facebook while families are following him, which makes it extremely inappropriate. Given so, Zaka has launched a new website specifically for adult content.

While he doesn’t care what people think, he continues saying his mind and heart out. Same goes for his sexual content which he largely shares on his Snapchat.

Given so, Zaka is all set to introduce a website solely for adult content and he specifically asked for “families” not to follow his website. He went on saying that he will now stop educating the audience regarding sexual subjects on his Snapchat and Facebook and this website will be the only source.

Aside from this subject, he will also talk on subjects which might not be accepted by everyone, to which he said, “only open minded people should come to my website.”

Now one might think that the article is only on sexual education. While talking to Parhlo, Waqar Zaka mentioned how the content will revolve around different subjects, such as taboos and those subjects which cannot be watched with parents, it will be a forum for them. He also mentioned that this website will give a platform to women who wish to share their domestic issues, such as not being able to give birth, mistreatment from in-laws. “This platform is for adult problems!”

7 Zodiac Signs that just Cannot Live Together and Prove to be Disastrous Couples
“Dear Society, Stop Encouraging People To Depend On Each Other” – A Hurtful Realization
To Top