Baap of all dares, baap of all rave parties, baap of all Snapchat and now the baap of Facebook live, Waqar Zaka is a pretty notorious celebrity in Pakistan. Loved by millions, hated by millions as well, his reputation is kind of misunderstood. Ever since he stepped into the prospect of reality TV shows, he continues to make headlines for the audacious things he does on camera. From kissing a snake to pis*ing contestants off, he’s done it all for the sake of entertainment. 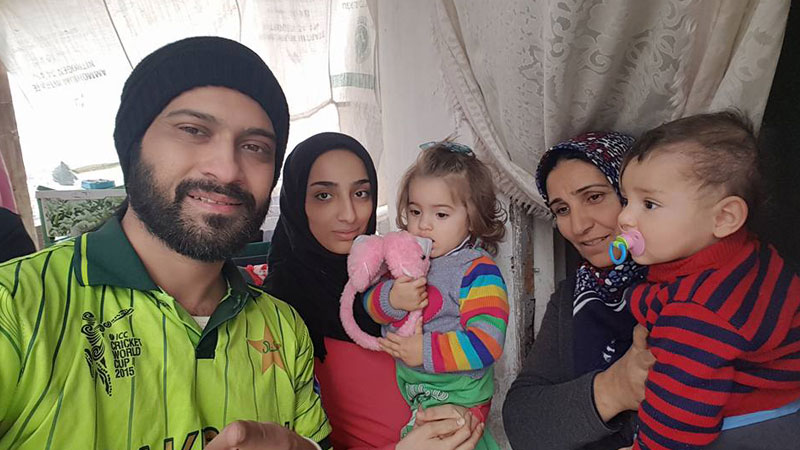 Even if you do not like Waqar Zaka, you might be influenced by his campaign of helping out war-struck Syrian civilians in Aleppo and Muslims facing barbarism in Burma. Credit goes to him for the philanthropic work he continues to do. On the flipside, it doesn’t take long for him to do pull off something outrageously ridiculous and break the internet. Scrolling down my newsfeed, I came across this entertainer who did a parody of Waqar. Now, a parody of him can be pulled off because there’s enough about him that can translate into banter.

BEST REALITY SHOW IN THIS WORLD

BEST REALITY SHOW IN THIS WORLDShare if you had a laugh :)Tag Asif ?Btw saamp se bohot fatti thi :p

Let’s just take it in a humorous way. Nothing against Waqar Zaka; it’s just a parody. But boy, did he nail it? Absolutely! His gestures, his expressions, the way he speaks, it pretty much matches to Waqar. He just did a parody of his popular reality tv show that we once avidly watched for its ridiculous entertainment that seemed sick yet enjoyable.

Although this guy is Indian, yet he has a huge fan base in Pakistan for the work he does. There are many parodies like that but the one to stand-out among all has to be this one. It’s crazy – never mind the profanity – and quite close to reality. What do you guys think about it?

These Desi Touches to Game of Thrones Show the Creativity of Modern Pakistanis!
Muslim Bodybuilder Killed In India – Disturbing Footage Has Gone Viral
To Top