Waqar Zaka is a character in Pakistan that didn’t maintain a great reputation. VJ turned television-host, Zaka could easily be one of the few ‘celebrities’ that have taken the most criticism from the citizens; preferably for being too bold. He hosted the reality show Living on the Edge that became quite popular for its nature that involved dares. However, how Zaka behaved as a host is a different story, entirely; one that doesn’t start or end on a positive note.

Waqar Zaka then decided to change his ways after realizing that he was ruining young minds with his content that didn’t bring any good change in society. Knowing he had a great platform and didn’t use it for the better good of the country definitely overwhelmed him. 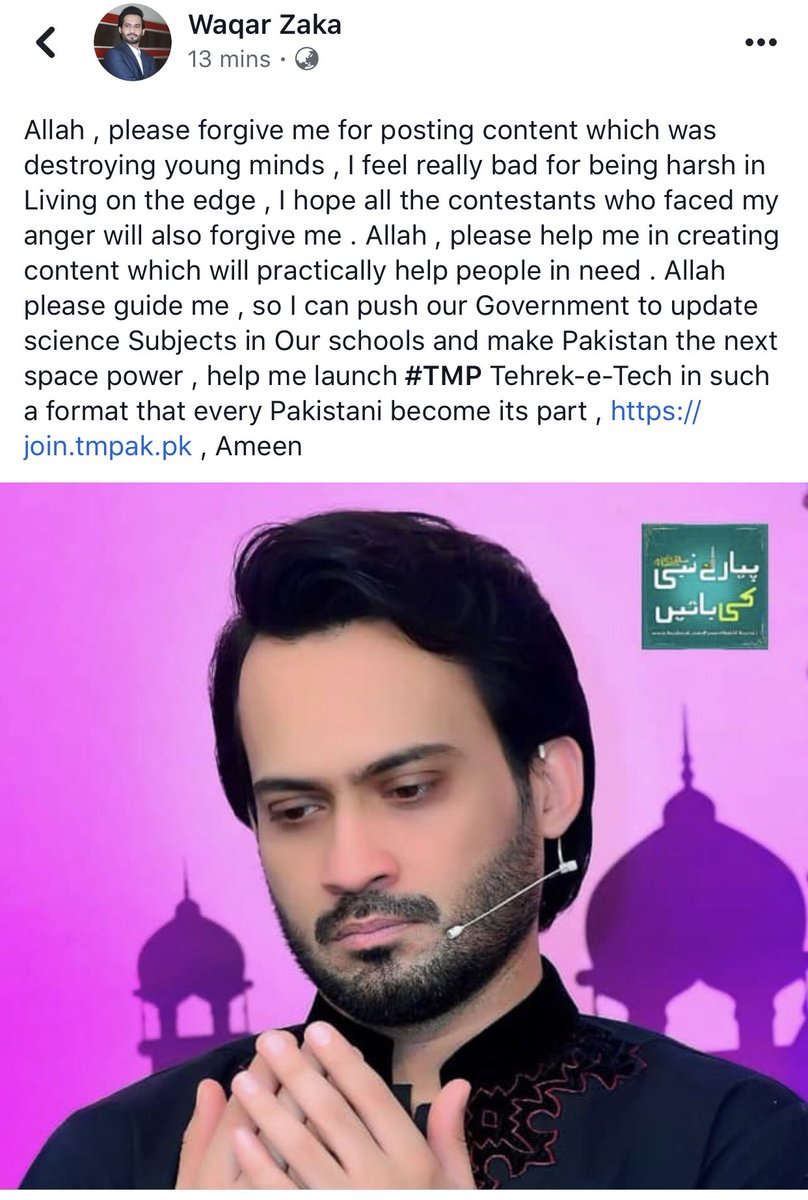 However, Waqar Zaka seems to be back hosting a new show on BOL channel that is a combination of India’s ‘Big Boss’ and ‘Living on the Edge’  called Champions. According to the description, contestants will be living under the same roof, in a controlled setting and will be taken to various adventures where their mental and physical stealth will be challenged.

Waqar will be selecting the top few through auditions that are sort of Living On The Edge revival.

One such audition of a girl is going viral, as she challenged Waqar asking him to lay down on a bed.

“Mein aisa dare karsakti hun jo aaj tak aap key show per kisi ney nahin kiya” claims the girl that definitely amused Zaka. He, in turn, asked her what can she do that no one has ever done before. To this, she demands Zaka to bring a bed, lay down and then she will do the dare to him.

Whether the connotation was sexual or not, the general public is bound to get the wrong idea. BOL decided to choose this very clip to promote their latest thrilling show. But by the looks of it, we hope it just doesn’t turn into one big cringe-fest.

Appalled and not looking forward to it!

Many are questioning PEMRA’s blindness towards such content that according to them is a violation.

Disgusting to the core. Are we living in islamic republic of Pakistan? Is there anything @reportpemra is doing other than sensoring opposition speeches and press conf. #shameonbol #shameonpemra #shameonwaqarzaka

Disgusted over the fact that Waqar is the person who tries to act as a guardian angel and savior for the young.

Many angered over the content that is being promoted by Waqar and the channel that doesn’t correlate with the values of Pakistan.

Shame on them whoever involved in such acts… what kind of society v r turning into..such things causes thoughts disturbances to innocent minds…
Such things promotes other's agendas thats not relfecting our society…they need therapy..

Two things: 1) If the vulgarity is being promoted for ratings, supposedly; have our society stooped to such levels of entertainment? 2) With the platform BOL possesses, they could have chosen content that promotes goodness, creativity and is informative.

I think it's disgrace for #pakistanculture, infact #boltv attempting to gain rating with dirty tricks.

Clearly, Waqar Zaka didn’t go too far with personal change and growth. More so, it is the channel’s fault for allowing such content in the first place. Waqar Zaka could have taken a stand and tried to spin things around instigating a great change in the quality of the content. However, this wasn’t the case, sadly!

Our channels need to consider the responsibility they bear and the service they are to give to the masses. Morning shows with utterly stupid content and now this creates a negative impact on the minds of the consumer. Channels need to keep ratings and profits aside for once and act responsibly.