DISCLAIMER: The following article is a work of satire and in no way tries to describe real events.

After hard work and a lot of determination, host and YouTuber Waqar Zaka manages to become the voice of the people and get PUBG unbanned. He admits the battle still isn’t over and he will allow the Pakistani youth to become empowered so that they can play PUBG, Call of Duty, and all of their games without any difficulty.

In fact, a small birdie just told us that he might be planning to enter politics and contest in the next general elections.

In addition, he is about to introduce his political party where he will be having a series of profound influencers with him. From highly fluent in English Meera, to the religious and pious Rabi Pir Zada. In fact, some reports are suggesting he will be partnering with Taher Shah also to make everyone’s soul as good as an angel.

In fact, this brave lionhearted man has his goals straight. Zaka is already planning the changes he wants to make once he is elected as the PM of Pakistan.

During a live session, Zaka told his followers:

“These are the same people who don’t want our children to become famous around the world, who don’t want our country to generate revenue online, who want to send out a message to the e-sports providers around the world to prevent them from setting up their business here – the reason why YouTube never did. These people will not allow us to evolve, a digital revolution needs to be brought.”

He wants to make sure that our dear youth excels in e-sports because studying and getting a degree is oh so lame! 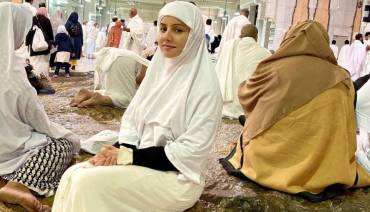 Secondly, his political party members think the same. Rabi Pirzada is already working on another portrait, with her exotic animal friends. And actress Meera is all excited and ready to teach the youth about speaking proper English. 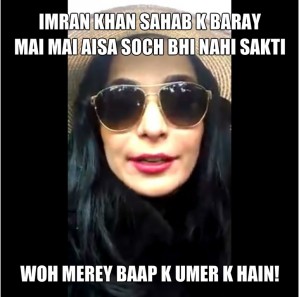 Even Taher Shah is about to announce another mainstream hit songs album for their political party anthem. The name of the political party is still not decided and any other such information is being kept under the covers for now.

How does the public see Waqar Zaka now?

However, the public is very pleased with Zaka and his one-man army effort. He has managed to woo the entire public with his hard work. And get a ban on PUBG removed.

If it weren’t for him we all might have given up and become more pious. But who wants that? It’s more important to have a digitally evolving Pakistan right?

People are already applauding his effort and how he managed to do all this by raising awareness and also by going to the court himself.

They are already excited to see him as their leader and eventually as the next prime minister.

Ready to vote him for PM ❤
We need digital revolution. #thankyouwaqarzaka pic.twitter.com/y6AXPyDXiK

In addition, even his political party ‘Pakistan Digital Influencers’ is going to allow the tickets on basis of merit; that is one should be an influencer, must be capable of doing illogical dares, and have a ‘lionheart’, similar to like our king Waqar Zaka.

Unbelievable right? We know it is. In actuality, fans are just happy that they have a chance to play their favorite game PUBG back.  And well also thankful to Zaka for challenging the Sindh High Court (SHC) on the ban of PUBG.

Are We Ready For The Third Spell Of Monsoon Rain In Karachi? Yes, It Is Coming!
Hania Aamir Just Cut Her Own Hair & ‘Friend’ Asim Azhar’s Reaction Is Priceless
To Top