Let’s talk about the word feminism. Going into literal meaning, for women feminism means to raise your voice in order to get equal treatment as men specifically, at places where the division of equal rights is possible keeping in mind the religious standings. Agree? The problem in Pakistan is that women DON’T actually understand the meaning of feminism and the way they react to the equal rights stance is extremely inappropriate. Best examples can be taken from the ‘Aurat March’.

Just a glimpse of slogans which were presented in the ‘Aurat March’! 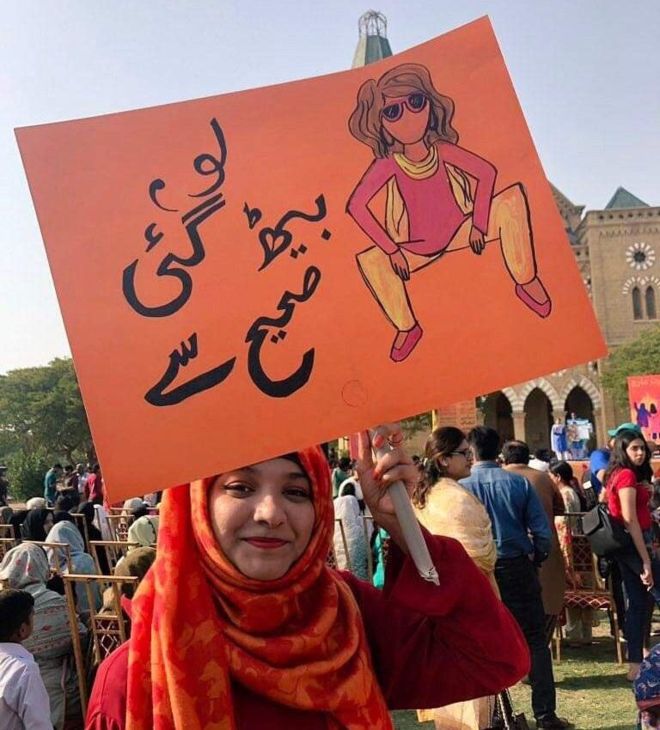 Recently, a famous TV personality of Pakistan uploaded a video on his official YouTube channel and it came out as a mere shock. Social platforms are full of groups where the different genre of topics are being discussed with respect to gender. The ‘only females’ and ‘only males’ limitations can also be seen in various groups.

Waqar Zaka and the secret All Gucci Revamped!

Well, yesterday, ‘living on the edge’ host, Waqar Zaka exposed a Facebook group called ‘All Gucci Revamped’ which is specifically for Pakistani girls. A large number of females are a part of it and the core reason for that group is to expose Pakistani males harassing girls. But now, it has become a place of devastation for innocent Pakistani men too.

Some girl tried to defame Zaka by posting screenshots of his social profiles on the group. Without any proper evidence or proof, several other girls started commenting against Zaka on that post by allegedly accusing him of harassing them. It seems like after various well-know personalities being exposed to social media earlier this year where proofs presented defined the consensual standings, this time the target is Waqar Zaka.

Check out: Famous Pakistani YouTuber ‘Ukhano’ Denies All Harassment Allegations But Pakistanis Are Not Buying It!

In the video, Waqar Zaka talked with proper references and proofs and has now lodged a complaint against the secret Facebook group to the Cyber Crime Unit. Zaka also shared the story of the guy who became a victim of the group’s illicit exposing which lead to the turndown of his marriage. It’s just one of many groups being revealed which are literally devastating others lives.

Have something to share about the group? Let us know in the comments below!

Hasan Ali Was Asked Some Pretty Embarrassing ‘Shaadi’ Questions And Where’s The Sharam?
What Is Happening In Kashmir? Fear And Confusion Still Engulfs The Region!
To Top