Pakistan turns out to be among the few countries in the world that have largely controlled the pandemic. In late February, the outbreak hit the county of 220 million people, with the number of cases surpassing 275,000, including nearly 5,900 deaths. However, almost 90% of the patients have recovered. Over the past month, COVID-19 infections have considerably dropped.

Two months ago, Pakistan had been drawing unfavorable Covid-19 comparisons with Brazil. Being another developing country with a similar population size ravaged by the disease drew a lot of similitude. 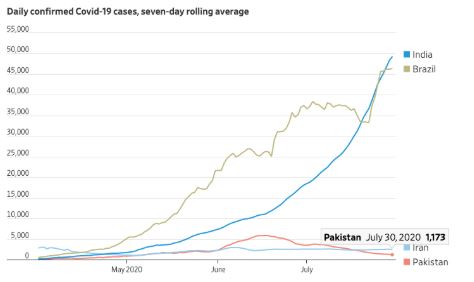 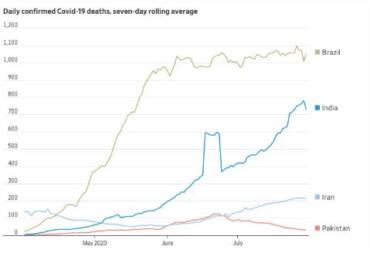 A country with a weak health care system with the deadly virus getting out of control seemed to be heading for disaster. The number of cases which were rapidly increasing in Pakistan has taken a dramatic turn. Reportedly, there has been a decline in coronavirus cases and deaths.

On Sunday, the American Newspaper Wall Street Journal highlighted the sharp decline in Pakistan’s Covid-19 cases and deaths. A dramatic decline has been recorded in both, which is more than 80 percent from their peaks.

In addition to this, the newspaper has stated that major hospitals in Pakistan have reported the availability of beds in coronavirus wards. Whereas, these beds were previously overflowing with infected patients. 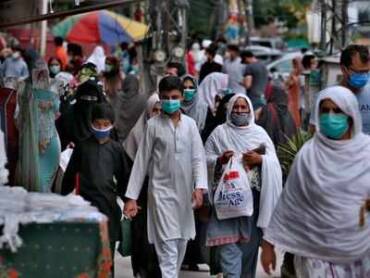 While the neighbors to the east and west—India and Iran—continue reporting that infection rates are climbing steadily, Pakistan hs reportedly been bending the curve.’

Wall Street Journal has acknowledged Prime Minister Imran Khan’s decision to ignore the World Health Organisation’s advice pertaining to lockdowns. Moreover, stating that lockdowns are too costly for the poor, he later decided to reopen businesses to save the country’s economy. 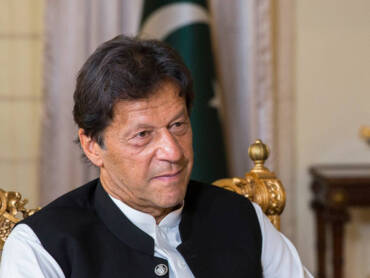 Pakistan locked its economy down in March, early on in its outbreak. Evidently, this kept the virus from spreading widely as the population stayed home. However, restrictions were lifted in May. Subsequently, many Pakistanis celebrated the end of the fasting month of Ramadan with shopping sprees and visits to family.

Recently, fewer than 6,000 people have died, with 278,000 recorded cases of infection. While Brazil, which has about the same size population as Pakistan, has reported more than 92,000 deaths and 2.7 million cases, according to the official statistics. At Pakistan’s peak, which came in mid-June, major hospitals in big cities reported being overwhelmed. Additionally, the highest number of patients to die in a day was 153, on June 20.

Nonetheless, the sharp decline in Covid-19 cases in the country has been recognized by the US newspaper. The Wall Street Journal has sung the praises of PM’s decision to ignore lockdown advice by WHO.