Vlogger Eva Zu Beck Jumps In Support Of Alleged Harasser 'Ukhano' And She's Got To Be Kidding!

As of recently, there have been an excessive amount of confessions emerging on social media accusing the famous YouTuber Ukhano of sexual harassment. He is said to have texted many girls and forcing them to engage in sexual activity with him on private chats in the form of pictures or by insisting them to meet with him in hotels at night.

Nonetheless, some of these girls even have screenshots to prove themselves!

One of the girls even stated that Ukhano “tried to rape” her while another said he “harassed me to the point where I wanted to give up, degraded me, but I never came forward because he is a big shot and I knew no one would believe me…”

The girls making allegations against Ukhano claim that he has been using his fame and fandom as a platform to get away with sexting with young girls and fulfilling his desires which otherwise would not have been possible. While Ukhano’s fans are extremely disappointed due to the current revelation regarding his personality, famous vlogger Eza Zu Beck, who has also starred in one of Ukhano’s vlog shared her two cents.

Here’s what she had to say about the allegations 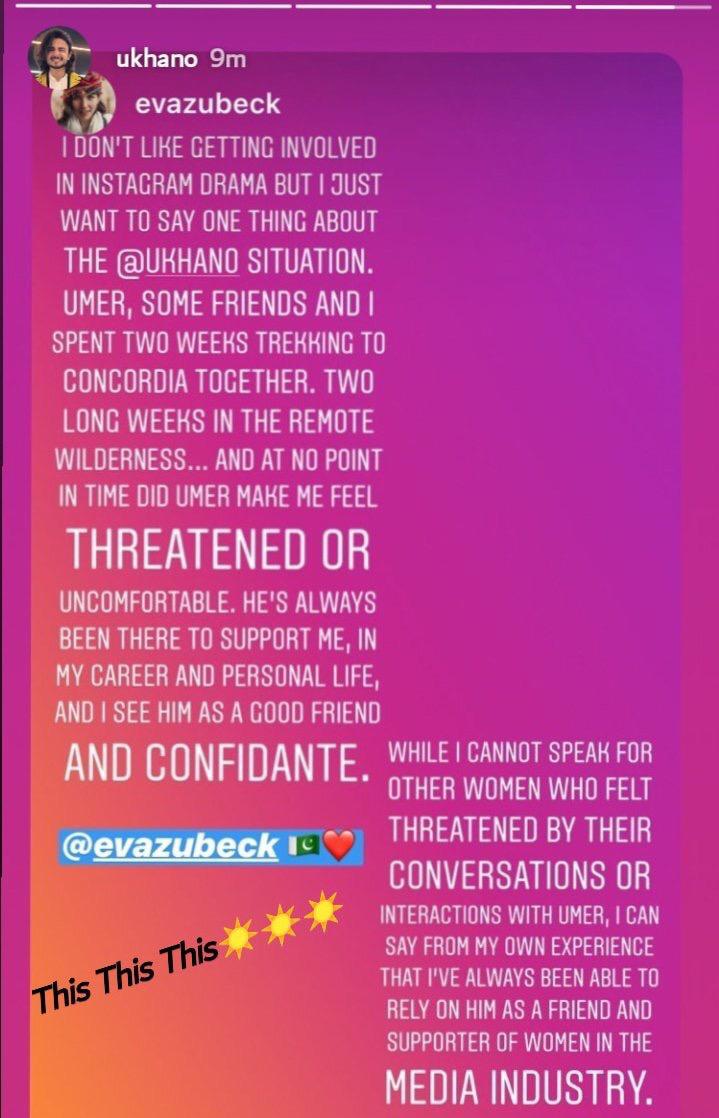 This Instagram story suggests that Eva Zu Beck has never felt threatened in Ukhano’s presence let alone felt he was capable of doing anything even remotely close to the things he’s being accused of. In fact, she suggests that Ukhano is a good friend that can be relied on and one that largely supports women. But of course, Ukhaano would never do anything that would knowingly jeopardize his reputation and fanbase, now would he!

Do you have more to add to this story?  Let us know in the comments below.

Famous Pakistani YouTuber ‘Ukhano’ Denies All Harassment Allegations But Pakistanis Are Not Buying It!
A LUMS Student Insulted Everyone Who Couldn’t Make It Into The University And People Are Disgusted!
To Top