Virat Kohli and Anushka Sharma Get Hitched and Reactions of People Are Absolutely Lit!

Virat Kohli is one of a kind player who is adored by millions of people across the globe. He is arguably the best player of the reigning era; his benchmark style of play is ideologized by veterans in the sports. Talking about Virat Kohli’s personal life, he just got married to Bollywood actress Anushka Sharma.

Prior to getting married, the couple was in an open relationship. Without a doubt, they are one of the most major celebrity couples loved by people across two borders. 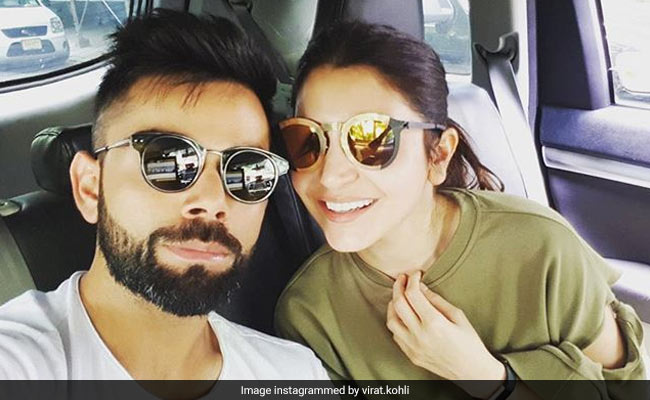 Virat is one of those few players who just cannot come to hate. Why would one even? He’s a prolific batsman and an absolute joy to watch. He’s a surreal threat on the pitch, regardless of the fact he got brutally knocked out by Mohammad Amir (pun intended).

Irrespective of anything, it’s an apparent fact that Pakistanis simply love Virat Kohli. They are elated to see the wedding pictures and it’s a major trend on social media since last night.

Such a beautiful couple ♥️ MashaAllah ? #Repost @anushkasharma (@get_repost) ・・・ Today we have promised each other to be bound in love forever. We are truly blessed to share the news with you. This beautiful day will be made more special with the love and support of our family of fans & well wishers. Thank you for being such an important part of our journey. #parhloofficial #celebrities #anushkasharma #viratkohli #Love

Mainstream celebrities including Shahrukh Khan were quick to react and wish the couple their blessing!

Where there is Kohli, there’s also a Pakistani bringing up the legendary pun “Kohli Nahi Hota Tujhse Chase”

Seriously, this is something we all should know

as a desi, really admire anushka and virat for having done things on their own terms, their own way despite relentless bs over social norms. hopefully more young couples will look to them to follow their own paths.

What do y’all think?

Virat-Anushka relationship is a lesson for so many future couples. Just look at how beautifully they remained secretive about this, and never bragged about it publicly.

You brag, people comment on it bluntly which leads to disagreement with your partner, and things are spoilt.

The best thing about their relationship was that everyone knew that they're in a relationship and still they knew nothing about it! Keeping your relationship secret and not your partner is the key! Cheers to their successful relationship. ❤️#VirushkaWEDDING pic.twitter.com/xLZCXJuhPd

Guess they both are

Haha yes, such a gorgeous picture…

Shakeela got so disheartened after hearing about Virat and Anushka's wedding that she is saying "Kohli Allah karay tjhse aaj bhi chase na ho" over & over :')

Guess he has finally chased it now

Could be really true. Lol

The couple had their wedding in Milan, Italy, and it seemed like the simplest of celebrations. Their gorgeous photos have circulated all over social media now and more to follow. Congratulations to both Virat Kohli and Anushka Sharma on a new start to life; we are really happy for them and wish them the best in life.