There Is A Village Named 'Pakistan' In India!|Parhlo.com

Pakistan and India have been on edge currently. This is because of the on-going Kashmir issue where India unlawfully revoked Article 370 which protected Kashmiris. In the midst of it all, there is a village in India, located in the state of Bihar, named after the country ‘Pakistan’.

Basically, none of the residents in the village are Muslims. Most of them are Santhals, which is a tribal group that resides in India mostly. The village got its unique name in the memory of the Muslims who used to live in the village.

It seems that those Muslim migrants left most of their property to the Hindus, so it makes sense why the village got its name. However, as the circumstances have changed, the residents cant help but feel uneasy with the current name.

Moreover, the residents are undeniably poor as their circumstances have not changed since the partition. They are still heavily relying on agriculture as a way of surviving and the poverty rate is still sky-high. Despite the fact that they have ‘Pakistan’ as a name, the village is definitely struggling like many other South Asian villages.

Residents Willing To Change The Name:

At this point, the village wants to change its name. The residents are ashamed to be named after a country that India considers as a grave enemy.

Regardless of their conditions, they mention that they cannot stand it when people address them as ‘Pakistanis’. And as one can see the tension between the two countries, their response to the situation is somewhat valid. 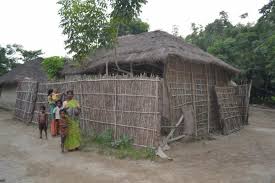 The villagers have sent petitions to the government officials to do something about the issue. An interview with the local residents helps understand the gravity of the situation. A local resident named Anup Lal Tuddu mentions, “We are caught in an awkward situation. None want to marry their daughters with youths from our village. We too feel ashamed of being called Pakistanis while we have nothing to do with Pakistan,”

A lot of people can point fingers or joke about their name thinking that it ‘serves them right’. But it is also important to look at the other side of the story. These villagers are normal, everyday humans and the name of the village is heavily affecting their lives. All they wish for is their own safety as the name keeps undermining their existence in the country.

An officer native to the village said, “The local villagers have handed us a petition calling for changing the name of their village. We are forwarding the petition to senior officials for necessary actions,”

However, it seems that Purnia’s district magistrate still hasn’t gotten a hold of the petition yet. But the issue has definitely reached a couple of ears, and it seems that it might even be resolved. The villagers are diligently trying to persuade their officials to take a stand.

What do you think of the situation? Do you think that the village would be able to get its name changed? Will a village named as Pakistan be able to survive without backlash in India? Share your thoughts using the links below.