From Taher Shah’s ‘Angel’ to Waseem Hassan Sheikh’s advertisements it seemed that we have seen it all, while many people laughed at their work, there were many people who praised their confidence and their ability to hit where their work would be the only thing being discussed in the country. Social Media has given fame to many personalities in Pakistan, majority of these include people who made videos, Nasir Khan Jan and Hamza Maqsood are no different.

“Assalam Alaikum, I am Nasir Khan Jan” the punchline used by Nasir Khan Jan, a 30-year-old, who is an “incoming model” & loves media and has a big wish to work in the media, at least that’s what his Twitter bio says, he runs a Facebook page which has over 32,000 likes, rocking in his wayfarers, he makes videos which include messages for people, mostly for women which in his words are “striving to get him”.

Nasir Khan Jan also gives a shout out to people on their birthdays and advertises for brands via his videos and charges roughly Rs.3000, he has also promised the first thing he shall do after earning Rs.1 Lac from his videos is to go for Umrah. Although people might laugh at his videos but one definitely gets impressed by his confidence to make videos despite the negative comments left by his viewers in the comments section.

This Is The First Video On His Facebook Page

Since He Spreads All Kinds Of Awareness, Here Is One For Girls 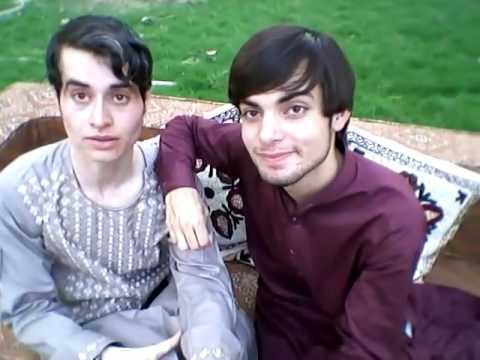 Hamza Maqsood, his friend who also happens to make videos and seems to have no less confidence as his friend Nasir Khan Jan. According to them, Hamza Maqsood also runs a page, but upon searching only his real Facebook profile can be found. Hamza Maqsood’s videos also contain messages for young people. Nasir Khan Jan and Hamza Maqsood can be seen making a lot of videos together and have 3 videos in which they are interviewing each other on Nasir Khan Jan’s page:

Hamza Maqsood In His Videos, Mostly Only Includes Messages For Young People Rather Than Touching Other Topics Like His Friend

A Message For The People Who Photoshop Their Pictures:

I watch his videos only for the accent.https://t.co/lJ7OLB9hUf

The Importance Of Fire:

awareness about my ex: pic.twitter.com/HkFsVGCHnU

One Message For His Haters And People Who Make Fun Of Other People:

At The End Nasir Khan Jan Will Always Be There To Help Us:

Remember the name, he will save us one day.pic.twitter.com/Hto89aQe6Z