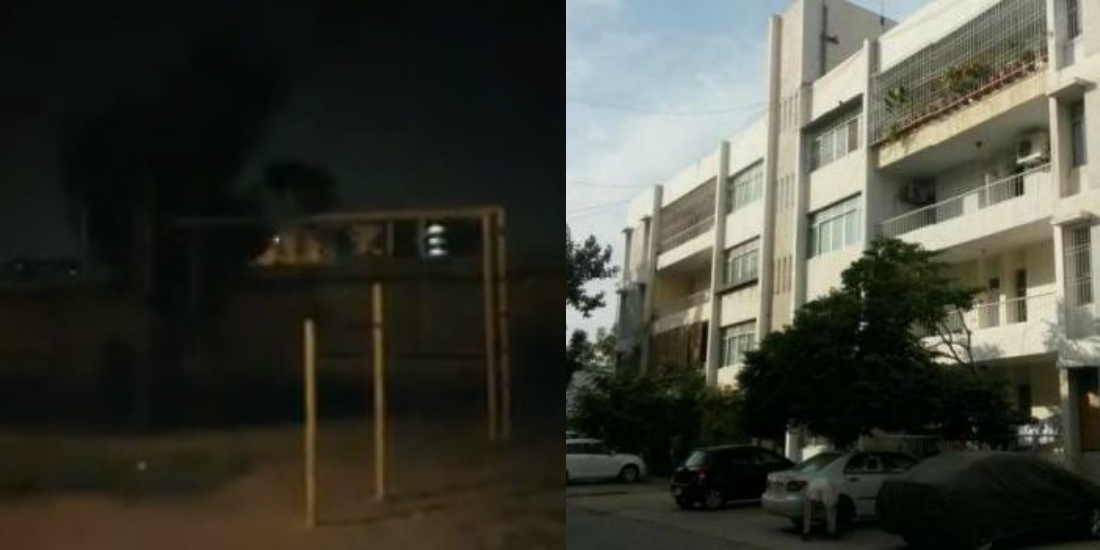 In the past, stories like the Karsaz bride, the haunted house in Karsaz, Sea View wali maayi, and others have been the most popular amongst these stories. However, this topic is still debatable. Another video just surfaced the internet and has spread terror amongst a  few individuals. Some people believe it to be fake, whereas, others feel is real. The video is recorded at a park located in Askari IV, Karachi. It was said that a churail (witch) was spotted in the video crawling on top of the monkey bars… and not just that but you could also hear her scream and disappear, instantly!

Watch the video to see!

SCARED?! Got goosebumps? Many literally freaked out after watching the video, while the others were having a good time and were found tagging their friends! Although the video seems more like a prank, it is going viral like anything! Many are still trying to find out if this video is real or not…

What do you think it is, after watching this? Do you it was a churail? Or…was it just a silly prank (like you bunch of them on the internet?) or what if it IS an actual churail just having a blast in the park? Well, that’s for you to find out! Let us know your thoughts on this in the comments below! Meanwhile, we’re just sitting here and enjoying the comments! 😀