The Pakistan VS India match which happened last Sunday constructed a lot of confusion among Pakistani cricket fans. Being called the most controversial match of this year’s Cricket World Cup, Pakistani players are now facing a crucial phase and are being bashed on different social platforms. It is also believed that one of the reasons of Pakistan’s defeat was other players lobbying against team’s Captain Sarfraz Ahmed but nothing is confirmed yet.

Well, a night before the rivalry match, some of the Pakistani players were spotted in a cafe in the United Kingdom (UK) and the pictures/videos created huge chaos on the internet. On Sunday, Shoaib Malik and Sania Mirza along with their son Izhaan, Wahab Riaz, Imad Wasim and Imam ul Haq were seen chilling and smoking sheesha in a Manchester cafe instead of resting, ahead of the most important battle. Have a look at the picture of Pakistani cricketers:

It seems like Sania bhabi is disappointed by the sheesha flavor! 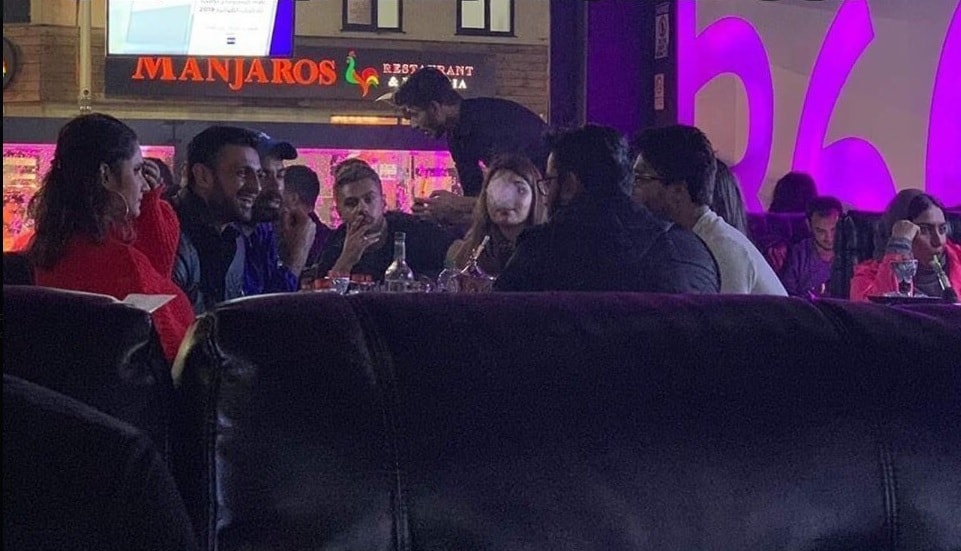 Later on, Pakistani actress and host Veena Malik tried to take a jab at the Indian tennis star, Sania Mirza but it backfired really bad. Veena Malik replied to Sania’s previous tweet in which the tennis star had targeted the person who invaded their privacy at the cafe the other night and took pictures without their consent. In reply, Sania slammed Veena with sheer irony and called her a ‘not so decent’ personality based on her previous photo shoots. The tweet was later deleted and changed by the Indian tennis queen but she got a bit late. Here’s what she replied earlier:

This is what Veena Malik replied on her tweet!

Sania, I am actually so worried for the kid. You guys took him to a sheesha place isn't it Hazardious? Also as far as I know Archie's is all about junk food which isn't good for athletes/Boys. You must know well as you are mother and athlete yourself? https://t.co/RRhaDfggus

The Pakistani actress tried to show concern over Izhaan’s health with some taunting but ‘maa to maa hoti hai’, Sania gave Veena a dose of her own medicine. Take a look:

Here’s what Sania Mirza replied at first. Cheers to the savagery!! 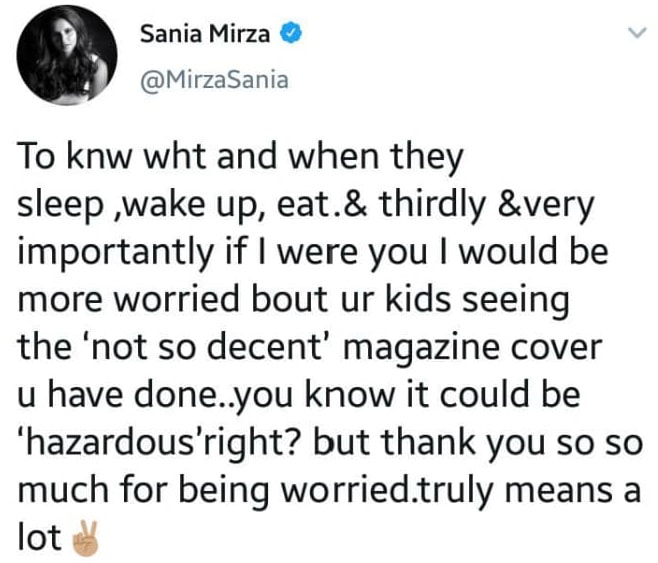 This brutal reply was later deleted and changed to a less escalated verse. Check it out below!

Then Sania gave ‘the other Malik’ a shut up call and asked her to mind her own business!

Veena,I hav not taken my kid to a sheesha place. Not that it’s any of your or the rest of the world’s business cause I think I care bout my son a lot more than anyone else does 🙂 secondly I am not Pakistan cricket team’s dietician nor am I their mother or principal or teacher- https://t.co/R4lXSm794B

Cool down bhabi, cool down!

After this tweet by Sania, people are assuming that the catfight has now officially ended!

Twitter cracks me up ? and some ppl for sure .. you guys really need other mediums of taking your frustrations out ..
peace out guys ✌? it’s break time ?

No idea if the World Cup is coming home this time or not but it sure is entertaining Pakistanis pretty well. Let’s just hope that Pakistan consecutively wins all matches now and qualify for the semis. Hopes high!

Liked the story? The comment section is just below!