Imran Khan is the only Pakistani Prime Miniter who didn’t go to America after his electoral win. His recent America visit is also an invitation by the Trump Administration to better the relations between the two countries. The welcome and love PM Imran Khan received from the American Pakistanis gave a shut-up call to everyone who labeled him ‘selected’.

Well, after the news of his visit broke out in the local media, Pakistanis had mixed opinions. Where many congratulated the PM on his visit, some were not so happy on his meeting with American President Donald Trump. Those were the same people who once couldn’t stop adoring his nature or Patwaris. 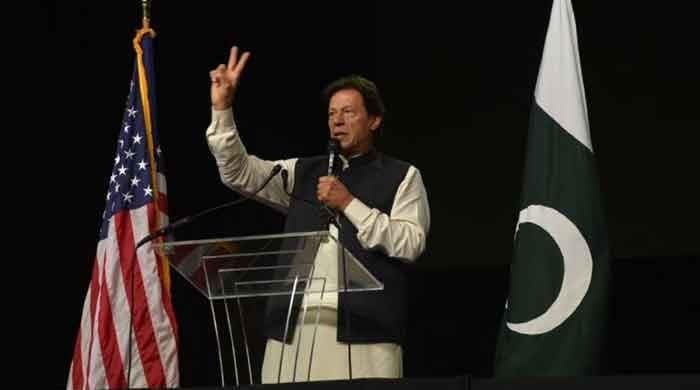 As it is not hidden that Pakistani actor and host Veena Malik is a total badass when it comes to zip up opposed mouths. On PM Imran Khan’s recent America visit his ex-wife Reham Khan tweeted regarding the visit and called him ‘driver’ to which Veena Malik gave a befitting reply and Pakistanis can’t stop admiring her humor.

Oops! That was brutal. Well, Everybody knows, how hospitable and respectful PM Imran Khan is when it comes to entertaining guests. He even drives them by himself and that’s what Reham Khan tried to be funny on. But Veena Malik is a total savage and gave a reply Reham won’t ever forget.

Veena Malik always manages to steal the spotlight by her witty tweets and savage replies. Previously, she has schooled Maryam Nawaz several times and has also taken shots at Nawaz Sarif and Pakistan Muslim League Nawaz (PMLN) at whole. Veena also shows her opinions on the ongoing issues related to any field or person and is also seen empowering women. Keep up the good work Veena!

A Student From Balochistan, Ali Gul Invented An ‘Eye Smart Helmet’ For Miners For Their Safety And This Is Brilliant!
India Willing To Bow On Kashmir Issue And Decide A Solution, Claims US President Trump!
To Top