Uyghurs In China Are Being Persecuted Yet The World Is Silent|Parhlo.com

The Uyghurs in China are a Muslim minority that is targeted for their faith and ethnicity. They mainly belong to the region of Xinjiang which is the part of China close to Pakistan.

The Chinese government is continuously working towards their ethnic cleansing and there has been minimum coverage of the whole situation. Either because the people that are suffering are Muslim or maybe the world likes to see glamour rather than real issues.

China’s Mistreatment Towards The Uyghurs:

Considering that China is a communist country with the majority of the ethnic group of Han Chinese. The Uyghurs remain in internment camps where the Chinese expect them to give into the Chinese culture. They are force-fed pork and brainwashed.

Uyghurs in China are pretty vocal about their religion. Once they wear ‘religious’ clothes or cover their heads then the Chinese government believes they are going against their ways. This erasure of their existence is similar to the Chinese Cultural Revolution in the ’60s and ’70s. 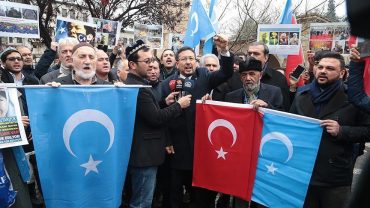 13 million Muslims have been punished in various ways because of their religion in China. Moreover, the negative behavior towards the Uyghur in Xinjiang saw an increase when the Communist Party Secretary Chen Quanguo was relocated from the Tibet to Xinjiang. About 15% of the entire population of Uyghurs in China is in re-education camps.

The Chinese Communist Party wishes for China to exist according to its rules. This means that the Uyghur Muslims who practice Islam in China will have to bear through a lot of hurdles. Furthermore, the camps that the Uyghurs are thrown in are the same as hell. The Chinese Communist ideology is force-fed to them. They go through various forms of brainwash and torture. Moreover, their religious beliefs are ridiculed and minimized. So, they are just supposed to bow themselves to a mindset they do not wish to follow. Also, they learn Mandarin Chinese in those camps. It is sad to witness that their mother tongue, culture, and religion is weakening.

The Chinese claim these camps to be educational and for individuals that have a record of ‘offences’. No other organization like the UN or any NGO knows the true state of these camps. Most of what people know of these camps is from the Uyghurs themselves. Considering that there is barely any coverage over their mistreatment, people do not understand that their ethnic cleansing is still a serious issue.

Many times politics destroys the concept of humanity and that is what stops the majority of  Muslim leaders to talk about the Uyghurs in China. Mohammed bin Salman, Saudi Arabia’s crown prince mentioned that “China has the right to carry out antiterrorism and de-extremization work for its national security.” Much of this was said in the interest of Saudi Arabia because China wants this ideology to keep circulating and they must’ve prompted him to say that.

The surprising part is when Pakistan’s Prime Minister, Imran Khan, has addressed the injustices of the Kashmiri Muslims multiple times but has remained silent over the Uyghurs in China. Once asked regarding their status in China. He said, “Frankly, I don’t know much about that,” as the crisis didn’t seem available on ‘papers’

It seems evident that this was said to ensure that the connections between Pakistan and China remain stable. China-Pakistan Economic Corridor (CPEC) is still under consideration which will benefit the economies of both of the countries, immensely. So, Khan must have not wanted to disrupt any relations.

Targeted For Their Race:

The Uyghurs are culturally as well as ethnically in connection with Central Asia rather Than Eastern Asia. This means that their culture and race is entirely different from the Han Chinese. Even though the Hui in China are a huge group of Muslims in the country, but they are still not in target like the Uyghurs. Furthermore, the Uyghurs are the poorest within the country and belong to the lower-class areas mostly. 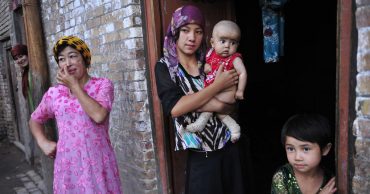 Considering that the Uyghurs in China are entirely different in all aspects and they lean towards the Turkish side, China persecutes them more. This is the reason why in those camps, the people there not only tell them to forget Islam but their Turkish roots as well.

The Death of Nurmuhammad Tohti  – An Uyghur Writer:

Nurmuhammad Tohti was also held hostage in one of those ‘re-education camps’. He was a well-known writer in the Uyghur community and his death is a reminder of this on-going crisis.

He went to the camps last year when the Chinese authorities took him from his house to force him into the camp. Moreover, his family doesn’t know the cause of his death. They believe he might have been tortured but are too scared to confirm that. China can easily tap their phones. 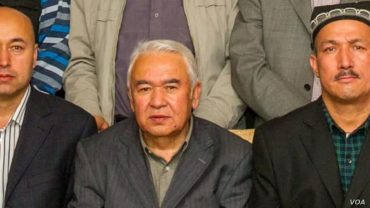 But, it was reported that his health was not in the best condition. He died because of continuous neglect. Berna Ilchi, his granddaughter mentions, “When his body was brought home, his legs were still chained, informing much about the potential cause of his death: by the police brutality when he was very ill.”  She further added, “We called grandmother to see if the news of my grandfather passing away that we saw on social media was true. My grandmother said he had passed way eleven days ago.

This isn’t even half of what the Uyghurs in Xinjiang or China have to go through. This is more so a glimpse of their situation. Many prominent Muslim leaders have been silent over their screams for help. This might end up as the biggest ethnic cleansing after the Holocaust. Just like the disturbance within Sudan and Yemen, this information is also getting years to reach the world.

However, this doesn’t mean that the entire population of China is the work of the devil. Chinese activists do condemn the government’s behavior. In addition, blaming the people for the actions of the government would be wrong. But whoever supports the government’s methods of destroying the Uyghur population definitely needs to be ‘called out’.

Pakistani Blogger Bilal Khan Was Killed And The Internet Wants Justice
Indian Navy Searched For Pakistan’s Submarine For 21 Days After Balakot Incident And The Jokes On Them!
To Top