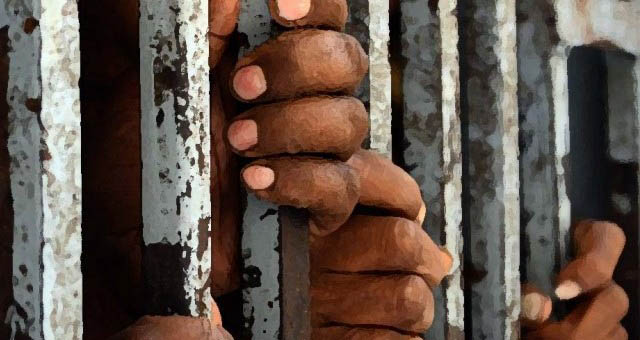 KARACHI:Karateen is where a manâ€™s destiny â€“ in prison â€“ is made. This place, where inmates are stalled and â€˜checkedâ€™ on their first day in jail, defines the upcoming life as a prisoner.

The new inmates have to show how heavy their pockets are; the more he or she has, the more benefits they receive. For example, they can buy a place in the best ward. But if one canâ€™t provide enough cash or capital, the prisoner will be beaten, abused and have a gruelling imprisonment. Their families wonâ€™t be allowed to see them and court presentations will also depend on how much money is paid.

No matter how the adage goes, money can and does buy happiness in prison.

Those under-trial prisoners (UTPs), who have no money to feed the police, suffer in jail longer than those who shell out the cash â€“ the police refuse to take the former to courts.

In Pakistan, nearly 50,000 people face pre-trial detention, forming Pakistan 66% of the total prison population. The province of Sindh has 25 jails, including four in Karachi and official figures put the number of prisoners in these 25 jails at 18,500 prisoners of which 14,500 are UTPs.

Nearly 75% of UTPs have their cases pending in various courts. Therefore, a majority of those in jails are prisoners who have not been convicted. And many claim that the police is responsible for the soaring number of UTPs.

Thirty-year-old Imtiaz* and his eight other companions were arrested in separate charges some six months ago during the ongoing operation in Karachi. â€œThe jail police, like a swarm of bees, surrounded us and emptied us out.

They did what they could to force us to pay them Rs10,000 each, but we could only pay Rs5,000,â€ he describes the night he says was no less than â€˜judgement dayâ€™. The police offered everything from relief from torture to timely appearances in court during their trials only if they were paid.

Imtiaz served as a bus driver in Keamari. After he was arrested from Moosa Lane in the restive area of Lyari, Imtiazâ€™s wife, Sakina, sold her gold earrings and bangles, which she had received as her dowry, to bribe the police investigating team and jail police to ensure their safety.

â€œI had no other option as my children were asking where there father was and I had no answer to their questions,â€ says Sakina. She went to her brothers and asked them to sell her ornaments and bribe the police for a speedy trial. â€œImtiazâ€™s presence in home was indispensible as a woman alone with minor children canâ€™t survive in a place like ours (Lyari).â€

On the other hand, IGP Prisons Nusrat Mangan refuted these accounts. â€œWe have to present the UTPs before the court as it issues notices for their appearance every 15 days and this has been a continued practice since 2007,â€ Mangan tells The Express Tribune. â€œThe delay is not from our end but it is a matter pertaining to the courts and the investigation police.â€