Usman Mukhtar Responds To Trolls Who Attacked Him After Sarah's Engagement

The public in Pakistan has been going frenzy since the announcement of Sarah Khan’s marriage to singer Falak Shabbir. Not only did the good news take us by surprise, but we are in awe of the newly betrothed couple. However, Netizens like always have found their next target, and this new target is (drum rolls), Usman Mukhtar!

Usman Mukhtar is a talented actor who has been in the Pakistan entertainment industry for a while now. He is known for his classy roles and groundbreaking acting. However, the best feature about the star is that he just knows how to use humor the right way. 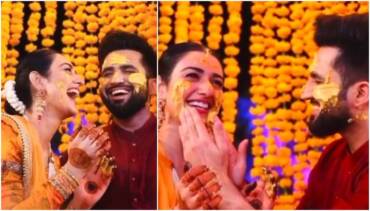 The minute the news of Sarah and Falak’s engagement hit the news. Usman is being trolled on different platforms. From memes to Twitter banter, the netizens aren’t sparing him a chance.

Apparently, from calling Usman an actor to a marriage bureau the Netizens sure know how to make us laugh. Now Usman isn’t only an actor, rather he can add the license to marry people and couples in need.

Many even have added pictures with Naimal Khawar who got married to Hamza Ali Abbasi recently as a form of proof; that Usman is the man with whom one should work; in case they wish to find their soul mate.

Funnily, many girls even gathering up to take a selfie with this miraculous man; to ensure that they get married soon.

Usman responds back to the trolls

However, to make sure that things get even more raunchy and funny, Usman decides to respond back to the trolls for keeping them in their prayers.

Given the situation, that he realizes most of his co-stars from Naimal to Sarah, he responded to the trolls in the funniest way; by simply saying. 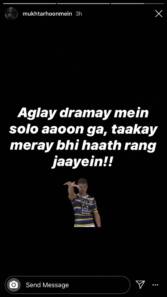 And now we can’t stop laughing, because Usman just won our hearts all over again. Not only did he just make sure that he shuts the trolls down, but his faux self-pity just makes the situation more humorous! One thing is for sure, we are certain, we can’t wait for the handsome and good-looking Usman finally getting hitched. We hope it is soon. Till then, why not enjoy the Twitterati and Usman having a ball.

Conclusively, we know Sarah truly deserves this; especially after how things went downhill with Agha Ali and her.  For now, we wish Sarah and Falak a very happy and blessed life. May they have a blessed and happy life together.