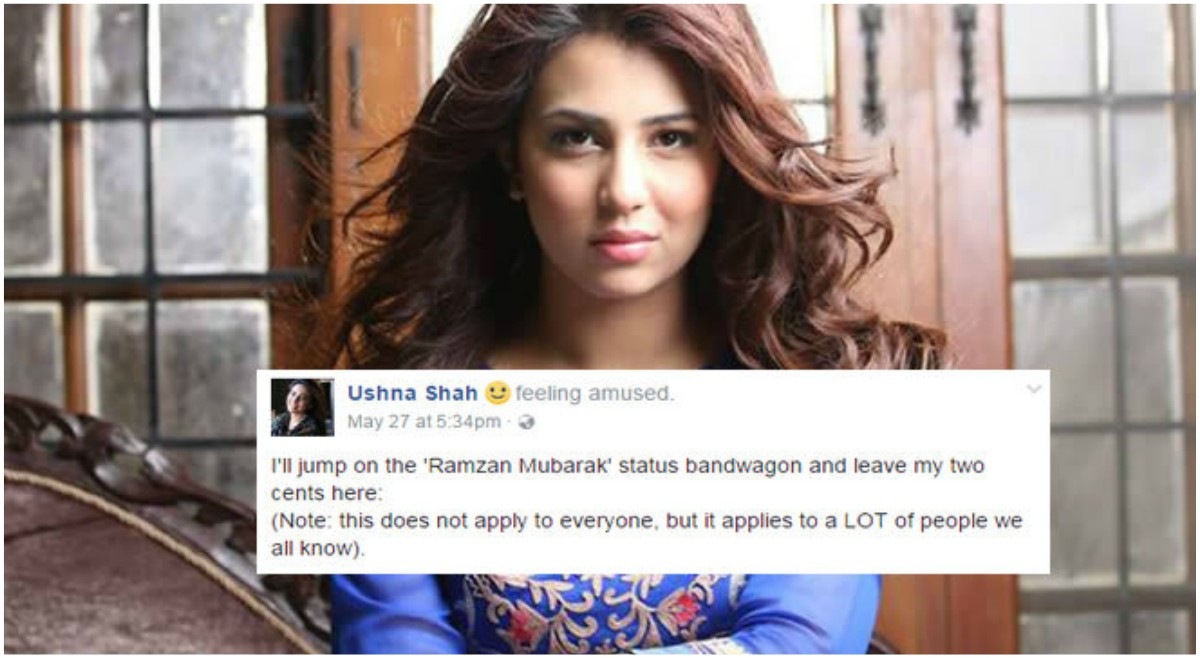 There are very few actors in our Pakistani showbiz that have the audacity to say what they feel out loud to the public. Usually, the celebrities fail to express their opinions and restrict themselves to being diplomatic for the sake of their careers or image. May it be Hamza Ali Abbasi, Osman Khalid Butt or Ushna Shah, these celebs never miss out on an opportunity to voice their point of views, no matter how controversial the topic be. They often get into trouble for their remarks but that never stopped them from expressing what they really feel. 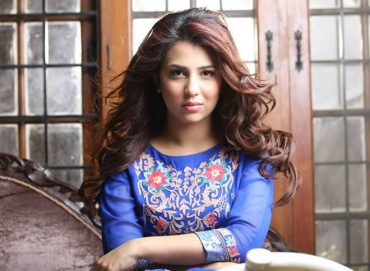 Recently, Ushna Shah posted an open letter to Facebook on the hypocrisy of our media in Ramzan. She bashed all those media persons, without actually naming them, who start pretending to be someone they are clearly not during Ramzan transmissions.

If you’re a di*k before Ramadan and if you’re a di*k after Ramadan, please don’t send me those ‘Ramzan Mubarak’ graphics captioned with speeches about how auspicious the month is and how holy you feel and how you seek forgiveness from Allah and send me the holiest of greetings.
You’re going back to being a di*k after eid and you know it!
It’s the same people every year.

Then She Clearly Shared Her Views About Her Directors And Co-Actors,

The Hilarious Part Was When Ushna Revealed The Hypocrisy Of Female Actresses During Ramadan,

For some, this is a holy month of prayer, discipline and ablution. *For others, it’s the month of selling Islam and being a shameless hypocrite.* And ladies (you know who you are) You can wear your white veils, put on the most angelic makeup with the lightest glowing highlighter, pronounce your Arabic vowels from deep within your esophagus, pretend to be descended straight from above (especially some of my favourite television personalities), but your souls will remain rotten and ugly as long as your behaviour is the same for every other month. You’ll go back to lying, spreading malicious gossip, being cruel, selling yourselves to get ahead, screwing people over etc etc..

I’m not very religious, that is obvious, but I will take being a bystander and being deemed whatever the hell they deem me, over exploiting our religion any day! I have zero respect for the veil dawning Virgin Marys who make millions off Ramzam transmission by preaching the word of God on Iftar shows and become tutti fruitties a month later.

She Didn’t Even Leave Herself Out Of It,

Many people will pretend to be someone they are not for a mere 30 days to cash in on this holy month, I may not keep all my fasts or say all my prayers, but I sure as hell won’t disrespect Islam and the millions of people fasting and truly abiding by the faith by pretending to do so just to gain the respect and the money I do not deserve.

🙂
Note: before you criticize, read this post carefully and try to understand that I am not targeting people who truly believe in the spirit of Islam, I’m targeting the hypocrites fake it every year for either pseudo respect or money.

One thing is pretty clear that Ushna Shah has revealed the bitter truth about our industry’s hypocrisy. The act of cashing in through Ramzan transmissions is, in fact, a reality. They fail to embody the teachings and values they preach during these shows, throughout the year.

The Bashar Momin star’s fans and followers have really appreciated her call out and agreed with her. Not only this, even her co-stars and fellow celebs have commented on the post and encouraged her.

Have A Look At What They Have To Say:

Ushna Shah Even Took A Dig At Momina Mustehsan; 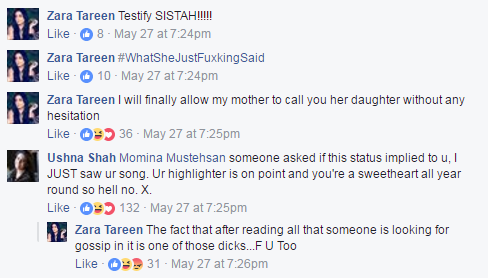 Well, Ushna Shah’s remarks on her peers for their hypocrisy is indeed true in many ways. Whether some may agree with Ushna Shah while others may reject her opinions completely, there is one thing that we’re sure everyone can agree with. Ushna Shah’s bold and up-front attitude is very rarely found these days. She is audacious enough to say whatever comes in her heart and honesty is indeed an admirable quality.

This Video Shows Exactly How Justin Bieber Is So Excited About Ramadan!
The Story Of A Young Man Who Challenged Destiny And Achieved What He Craved For
To Top