When any Government allows an illegitimate business to grow unchecked beyond a certain size, it will start justifying its existence. That’s what has happened with Used Vehicles Imports business in Pakistan.

For over 10 years, multiple Governments allowed used vehicle imports, under the garb of facilitating overseas Pakistanis, without realizing the serious consequences of its decision. What started as a policy to facilitate genuine overseas Pakistanis, turned into a thriving illicit business involving billions of dollars transferred through illegal channels or BENAMI/ anonymous bank accounts. 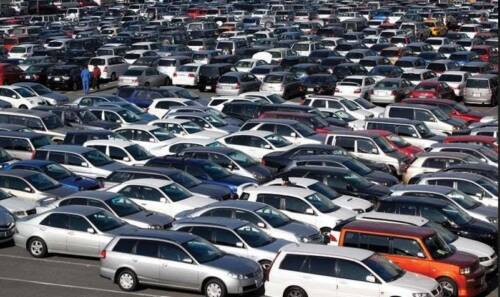 Post FATF sanctions and regulations which forced Pakistan to crackdown on illicit trade, money transfer through HUNDI/HAWALA, and Tax evasion, PTI Government had to face the unpleasant reality of how these unchecked imports have made a mockery of Pakistan weak banking and tax regulations. Minister in charge of Commerce/Trade then took immediate steps to control this illegal trade by issuing SRO 52 in January 2019 which plugged some holes in the import policy. SRO 52 made two interventions which were:

SRO52 conditions were solely meant to curb the illegal money transfer happening from Pakistan involving billions of dollars to support the illegal imports of used vehicles. Importers now needed an FRC or Foreign Currency Remittance Certificate from a local bank with a verified source of origin of payments to be able to import a vehicle. This deterred the illegal trade to a certain extent for some time which really irked mafia who now blatantly accuses the same sitting Minister, who has an impeccable reputation, of siding with the local auto industry. 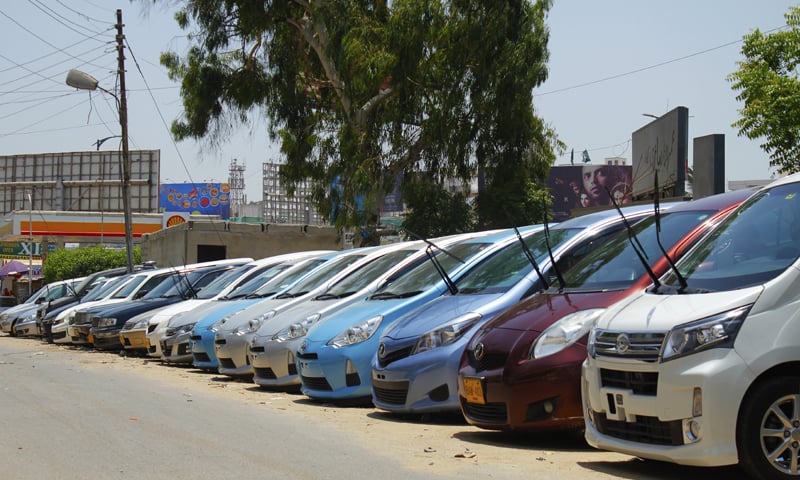 One cannot help but appreciate the audacity of the mafia involved, who now operates under the All Pakistan Motor Dealer Association (APMDA), which is an unregistered entity with no history of paying either General Sales Tax or Income Tax. The APMDA is pressurizing Government to rescind SRO52 which will certainly put Pakistan on the FATF blacklist which comes with many financial sanctions/restrictions worsening any chances of country’s economic growth.   APMDA is also pressurizing Government to allow commercial imports of used vehicles, which is banned under Pakistan Import Policy Order, completely undermining the Government’s own Auto Policy under which over 2 Billion US$ have already been invested in Pakistan. Any such move will tarnish Pakistan’s image as an investment destination forever. They are using all available tools to exert pressure on the present government and at times supported by uninformed media which becomes their tool unknowingly. This piece will address some of the myths APMDA has been propagating:

Myth 1: No Localization achieved by local industry – many sitting lawmakers in both the National Assembly and Senate along with prominent beat reporters from mainstream media have witnessed themselves the extent of localization achieved by the local industry. The local industry has always welcomed all members of the society who wish to see their plant and localization achieved thus far and has always been very transparent to showcase their localized parts for the general public every other year during the Pakistan Auto Show. Parts like entire external shell body, high tensile sheet metal parts, air-conditioner, and its parts, Starter/Alternator and Motor, battery, head and tail projection lights, shock absorbers, bumpers, instrument panel, steering, center console, trims, wheel rims, tires, doors, luggage, and hood – almost all parts are being manufactured in Pakistan from basic raw material. There are more than 400 registered vendors who also are represented by PAAPAM who are engaged in the manufacturing of these parts locally in Pakistan. Thousands of people are working directly at the vendor industry who are skilled workers and engineers. If the Government is to open up used vehicles imports, all these skilled jobs will be lost resulting in further social chaos

A great extent of localization has been achieved based on cost merit alone and without any push from the government as under Tariff based system, there can be no mandatory localization.

Myth 2: Used vehicle import is also an industry– importing scrapped vehicles from abroad which are declared junk, repairing, and selling them without any warrantee using imported parts cannot be construed as an industry by any definition. APMDA is playing a dangerous deceptive game by calling themselves as an industry – they are trying to rob this nation, of a large scale industry which creates thousands of skilled jobs, is law-abiding, tax-paying, and also takes care of its own customers by providing a full warranty of its products. No country in the world that has a thriving local industry for vehicle production allows subsidized imports of used vehicles. In fact, they discourage any imports by levying prohibitively high tariff and non-tariff barriers. 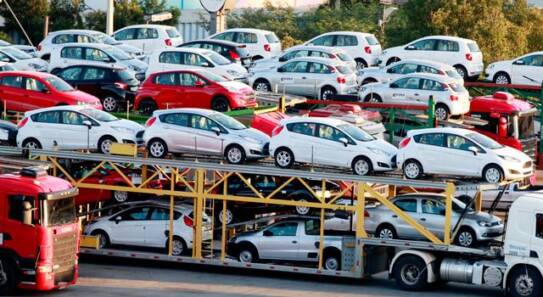 Myth 3: Used vehicle are cheap – Government has fixed a low fixed duty on used vehicle imports under SRO577 irrespective of its brand or specification or global price which is further depreciated by up to 36% which makes these vehicles look cheap. Most of the used vehicle imports are of high specification as it doesn’t impact their payable duty/tax. Hence there is an inherent flaw in how used vehicles are being assessed in this country for Duty purposes. This has been highlighted many times to FBR/Custom Authorities who should take corrective actions. New vehicles can easily be imported into the country by anyone and customs tariff is as low as 25% on high tech electric vehicle CBU which also doesn’t attract any Regulatory Duty or FED.

Myth 4: Locally Manufactured Vehicles are Expensive – Almost 36% ~ 40% of the price of all locally produced vehicles comprised of government duty and taxes which is one of the highest in the region. These include:

On the other hand, used vehicles meant for overseas Pakistanis only, they have to pay a fixed duty under SRO577 which also gets depreciation allowance of up to 36% which obviously makes them look cheaper. Also there is no RD or FED or WHT on imported used vehicles which takes their tax ratio extremely low which needs to be rectified. Besides it’s not a fair comparison when APMDA representative compares prices of an imported scrapped vehicle to that of a brand new locally manufactured vehicle with warranty and full aftersales support. Again they are deceiving the Government and the nation with misinformation.

Myth 5: Used cars – a better deal for consumers – APMDA claims to be fighting for consumer welfare whereas they themselves cannot ensure consumer welfare as they cannot provide any kind of warranty or aftersales service against the vehicles they imported and sold. It’s an irony how they claim to fight for the rights of consumers and at the same time violate those very rights by not ensuring the safety standards of the vehicles they import and sell. Imported used vehicles compromise consumer safety as the majority of them are accidental vehicles whose airbags have been deployed and not replaced. Members of APMDA do not pay any sales tax or income tax but still have the guts to come on mainstream media and deceive nation which tantamount to a criminal offense in any developed country.

Myth 6: Used car import better for Government/Economy: or Used car import result in more tax collection – None of APMDA members pay any GST or Income Tax on the sale of imported vehicles which can be verified by FBR. There is no RD and FED on imported used vehicles and their fixed tax under SRO577 is very low.

All sales of imported used vehicles are done as Benami transaction with mostly cash and no taxes are paid thereof. On the contrary, the local auto industry is fully documented and contributes over 6% of the total tax collected by FBR. 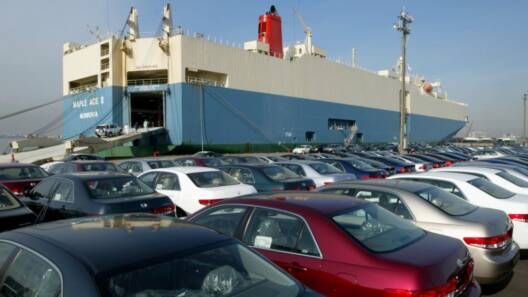 Myth 7: More jobs created through used car imports – Every used car dealer employs just a cleaner who also happens to be a driver whereas the Local auto industry gives direct and indirect employment to over half a million Pakistanis. The local auto industry creates skilled jobs that are well paid which also results in fair and equitable distribution of wealth, unlike used car trade where wealth is only limited to owner/investor.

Myth 8: Utilization of Foreign Exchange – Every CKD import for a locally manufactured vehicle utilizes a fraction of foreign exchange compared to used vehicle imports. Again, APMDA tries to deceive policymakers and nations when they add duty and taxes to import figures to inflate the import value. Local duty and taxes are paid in Pak Rupees and not foreign exchange so again the mafia trying to mislead the nation.