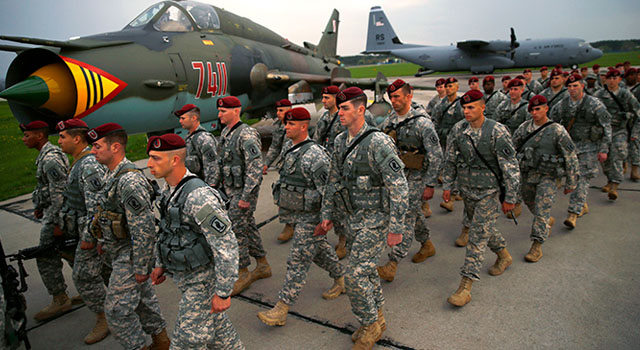 The first wave of US troops has arrived in Poland to begin military drills â€œpromoting peace and stabilityâ€ across Eastern Europe. Tensions continue to mount in the region, as Ukraine teeters on the brink of a civil war.

A contingent of 150 American soldiers arrived in the Polish town of Swidwin on Thursday and will be shortly joined by another 450 troops. The soldiers will participate in military exercises in Lithuania, Latvia and Estonia over the next three months, with a view to reassuring NATO allies in the region.

“If there’s a message to Moscow, it is the same exact message that we take our obligations very, very seriously on the continent of Europe,” Kirby told reporters. Washington has accused Russia of meddling in the affairs of neighboring Ukraine, which is currently embroiled in a crisis that shows no signs of de-escalation.

Moscow categorically denies the accusations and says that Washington has orchestrated the unrest in Ukraine to further its geopolitical ambitions in the region. Russian Foreign Minister Sergey Lavrov told RT on Wednesday that â€œthe Americans are running the showâ€ and he denied claims of a Russian military presence in Ukraine.

In addition, he said that the Russian troops massed along the Ukrainian border had been deployed for routine drills, something that has been verified by international inspectors.

â€œUkraine is just one manifestation of the American unwillingness to yield in the geopolitical fight. Americans are not ready to admit that they cannot run the show in each and every part of the globe from Washington alone,â€ Lavrov said. 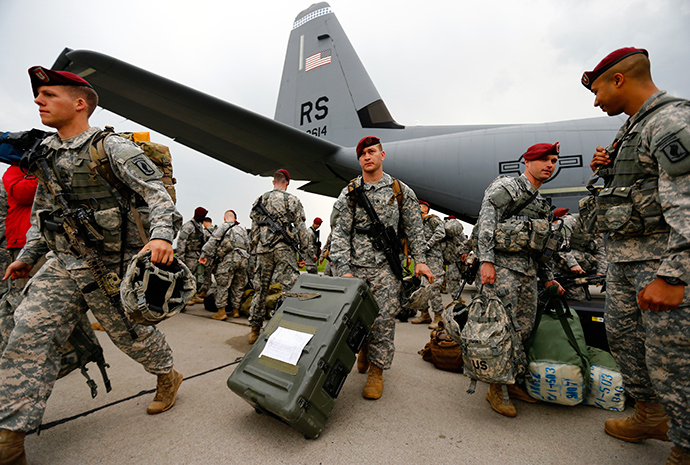 In Ukraine, the coup-appointed government in Kiev re-launched an â€œanti-terror operationâ€ in the east of the country after pledging to cease all violence at four-sided talks between the EU, the US, Russia and Ukraine in Geneva last week.

Government tanks besieged the eastern city of Slavyansk on Thursday, killing five people as part of a self-proclaimed â€œanti-terror operation.â€ Pro-Russian activists have taken control of government buildings in the area to protest the coup-appointed government in Kiev, which they view as illegitimate.

The Russian government has condemned the use of violence by the interim Ukrainian government on unarmed civilians in eastern Ukraine.

â€œIn Geneva, we agreed there must be an end of all violence. Next afternoon [interim Ukrainian President Aleksandr] Turchinov declared almost a state of emergency and ordered the army to shoot at the people,â€ Lavrov told RT.

Russia does not recognize the government that rose to power in Kiev on February 22, following weeks of deadly protests. 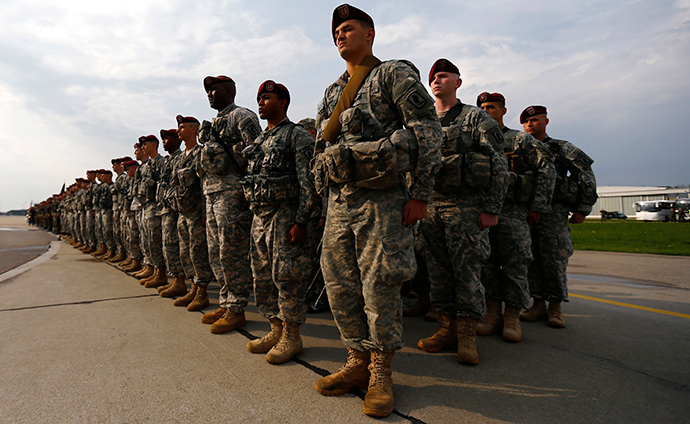 Putin: Kiev authorities are junta if they use force against civilians
US inciting civil war in Venezuela to get its oil â€“ Boliviaâ€™s Morales
To Top