The United States of America and Iran have a lot of history between them. They go back many years, 60-70 years to be close. If you take a look at their relationship throughout the years, you would see a huge roller coaster. The relation took some 180s. And is currently at a point where all-out war is not something out of question. The US-Iran conflict has been going on for years now and it doesn’t seem like it will be stopping any time soon.

Let’s look at the US-Iran timeline from 1955-2019. What has happened? And how their relationship has been throughout this period. 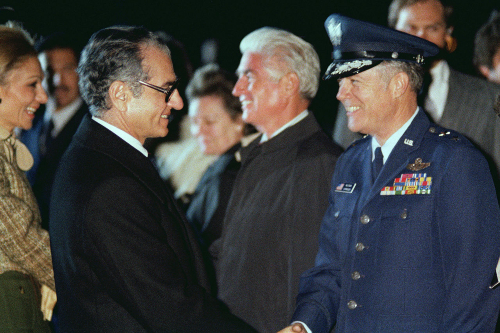 The year is 1957, the Shah of Iran pays a visit to his counterparts in America; Nixon, Kennedy, and Carter. That is the year they offer the Shah the first nuclear reactor and nuclear fuel as well. On top of that, they committed to $68 million of aid towards Iran as well. This friendly relationship between America and Iran started in 1941, because of the Persian corridor which led straight into the USSR. After the British established control over the corridor, a supply line was established. Where the U.S would deliver Lend-Lease Supplies to the USSR.

This is how the friendship between The United States started with Iran. The Shah of Iran paid many visits to the U.S during his time in power. And received a good amount of aid during his time. Of course, the U.S had its own interests in mind. Iran had a long border with its cold war rival USSR. And being the largest most powerful country in the oil-rich Persian-Gulf made Iran a supreme ally for America and a pillar of foreign policy in the Middle-East.

During this friendly time, a lot of students were given visas to study in American universities. And immigration laws were loosened up for Iranian nationals. Also, in the 1970s a force of 25,000 American technicians was sent over to Iran just to maintain military pieces of equipment that were sold to the Shah’s government.

Furthermore, the U.S also staged a coup to overthrow Prime Minister Mossadeq 1953, just to give the Shah his power back. Right after the Shah came back into power, his rule became much more arbitrary. This is the main reason why the 1979 Iranian revolution had such an Anti-American view in it. As the rule of the Shah became more autocratic everything came falling down.

Read also: A Power Struggle Between Iran And Saudi Arabia Is The Main Cause Of War In Syria 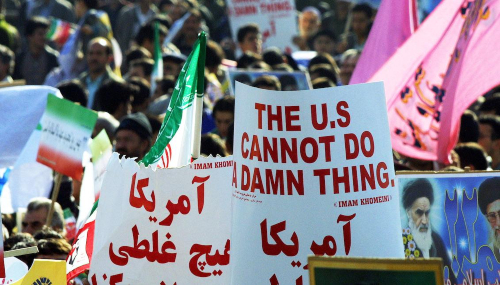 At last, as they say, that all good things must come to end. This phrase rang true for Iran. The friendship it had with America. With all, it’s aid and resources Iran was receiving all of it had to come to an end. It is common knowledge – the Iranian Revolution of 1979. It is also known that 1979 is the year where the US-Iran relationship went stale.

A state which was declared as a pillar of stability and hope by the U.S. Was now being said to be not so stable and corrupt at that. America during this time pulled back all of its aid and left Iran alone. Issuing statements that it has become an extremist nation and is no longer in the ordinance of the United States. the U.S froze over $12 billion worth of Iranian Assets after the hostage crisis of 1979. Which is, when a revolutionary group held 52 American diplomats hostage in the American Embassy of Tehran for 444 days.

Sanctions On Top Of Sanctions

As you can see where the Relationship in the timeline took a hit. Afterward, the American influence on Iran came to an end. Since the 2000s Iran has seen a lot of sanctions put on it. From its universities not being recognized to, it’s companies not being able to do business with western companies. Even though America lacked control over Iran but it still had influence over other power countries and stakeholders. Such as the U.K, France, Germany, and Canada. Iran faced an Economic sanction in the year 2015 and things haven’t slowed down ever since.

The tensions have only grown with President Trump being in power. Especially now after Iran downed a U.S drone which violated Iran’s airspace. As of now, the conflict seems to be going nowhere and is only feared to escalate.

But what does this conflict mean to Pakistan?

Pakistan’s relationship with the conflict 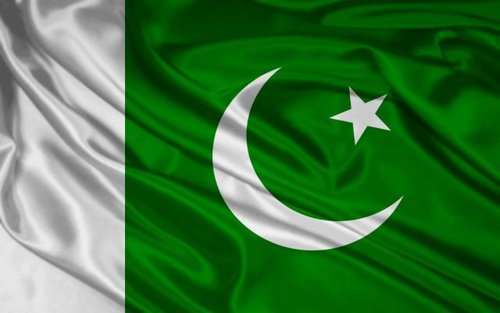 In the early history of Pakistan, America and Iran have been good allies. With Ayub Khan being friendly towards the U.S and also Zia-ul-Haq had a special affinity towards the U.S as well, because of the aid the U.S gave during the Afghan-Russia war. America also had an interest in Pakistan, due to its being a nuclear power and bordering Afghanistan. After the 1980s and after the Afghan war, our relationship with Iran bubbled down. As Iran thought that we are supporting the Sunni Taliban. Who were against the Shia sect (the Majority in Iran).

So due to Pakistan’s history with Iran and America both, it has been in the center of it all. Iran wanting support because of the Muslim Brotherhood and the support it gave Pakistan during the two wars with India. The U.S expecting support because of the years of aid they gave. It won’t be wise for Pakistan to pick sides in this conflict when it is itself at a very vulnerable state. With the new government in place in Pakistan, a lot of things have changed. And Instability is an everyday word now for Pakistanis. But as a Pakistani, you can take a sigh of relief as the Foreign Minister has announced that Pakistan will be staying neutral in this conflict.

Agreeing with the Foreign minister are country officials and the general public as well. Pakistan needs to look at all of the stakeholders involved and all of its allies too. China, Saudia Arab, Oman, Qatar and many more allies who are stakeholders in this region. Because conflict in Iran with the U.S will spill out to the world.

This is why it is unlikely to escalate, but everyone supports the decision of Pakistan regarding this conflict.

A Brave Policeman, Allah Nawaz Embraced Shahadat In Loralai Attack And We Salute Him!
CWC19: History Is Repeating Itself And The Whole Nation Is Cheering ’92 Ka World Cup
To Top