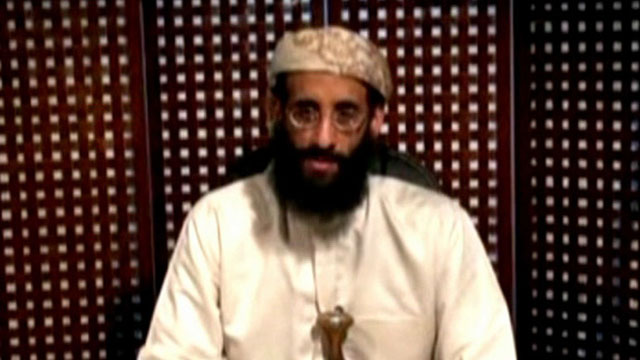 The US Department of Justice must turn over important details from a key memo which the government has used to justify targeted killings across the Middle East â€“ including the drone strike that killed an American who joined Al-Qaeda, a US judge has ruled.

The three-judge 2nd Circuit Court of Appeals overturned a previous ruling that would have allowed the federal government to keep the rationale behind drone killings classified. The New York Times â€“ two reporters in particular, Charlie Savage and Scott Shane â€“ fought for the release of a Justice Department â€œWhite Paperâ€ that contains a detailed explanation of why the controversial killings were legal.

Included in the so-called White Paper are details on the death of Anwar al-Awlaki, a US citizen who intelligence officials have said joined Al-Qaeda and became the terrorist organizationâ€™s de facto propagandist.

The existence of the Justice Departmentâ€™s White Paper has been no secret, and has been the subject of extensive debate for years. Parts of the memo were leaked before John Brennan was sworn in as the head of the Central Intelligence Agency in March of last year, with lawmakers staging a filibuster that delayed Brennanâ€™s ceremony by 13 hours.

Savage, Shane, the Timesâ€™ legal team, and the American Civil Liberties Union filed a Freedom of Information Act (FOIA) request in an attempt to learn more about Awlakiâ€™s death. The appeals court ruled in their favor, declaring that the Obama administration had undermined its claim that the document could not be made public because of national security concerns, because a number of public officials had spoken publicly about US drone activity.

â€œWhatever protection the legal analysis might once have had has been lost be virtue of public statements of public officials and official disclosure of the DOJ White Paper,â€ Circuit Judge Jon Newman wrote, as quoted by Reuters.

The decision went on to say that any claim that military plans, intelligence activity, or essential foreign relationships would be damaged is no longer valid. Judges cited a number of public statements made by the likes of Brennan, US Attorney General Eric Holder, and US President Obama.

â€œThe court reaffirmed a bedrock principle of democracy: the people do not have to accept blindly the governmentâ€™s assurances that it is operating within the bounds of the law; they get to see for themselves the legal justification that the government is working from,â€ Times lawyer David McCraw said in a statement to reporters.

The decision did not include any timeline about when the White Paper will actually be released. The Justice Department can still appeal for a ruling either from the full appeals court or the US Supreme Court.

Steven Aftergood, a government secrecy analyst at the Federation of American Scientists, told the Times that the decision is a clear â€œrebuff to the administrationâ€™s secrecy policy.â€

â€œWhat makes it particularly significant is that it applies not just to a single document but to a habitual practice of government officials,â€ he said, â€œwhich is to say, â€˜Iâ€™m going to talk about something thatâ€™s classified, but Iâ€™m not going to give you the underlying records.â€™â€

Awlaki, born in New Mexico, is said to have used his popular blog and YouTube presence to recruit and motivate aspiring members of Al-Qaeda. Awlaki wrote openly about his email correspondence with Major Nidal Malik Hasan, an Army psychiatrist who was charged with killing 13 people in a mass shooting at Fort Hood, Texas. He was killed along with Samir Khan, an American born in Saudi Arabia, and Awlakiâ€™s son was killed two weeks later.

The killing of an American citizen with a drone, like other drone killings, was immediately condemned by civil liberties advocates inside and outside the US. Then-Salon columnist Glenn Greenwald accused the Obama administration of violating Awlakiâ€™s right to free speech under the First Amendment and his right to due process under the Fourth Amendment.

Yet the 2nd Circuit was careful to note that the plaintiffs were not challenging the legality of the drone program with their FOIA request, only the secrecy surrounding it. Jameel Jaffer, an attorney with the American Civil Liberties Union, was jubilant when speaking to the Times.

â€œThis is a resounding rejection of the governmentâ€™s effort to use secrecy, and selective disclosure, as a means of manipulating public opinion about the targeted killing program,â€ he said. â€œThe government canâ€™t pretend that everything about its targeted killing program is a classified secret while senior officials selectively disclose information meant to paint the program in the most favorable light.â€