US Elections: Biden Comes Close To Victory & Promises To Unite As Trump Goes To Court 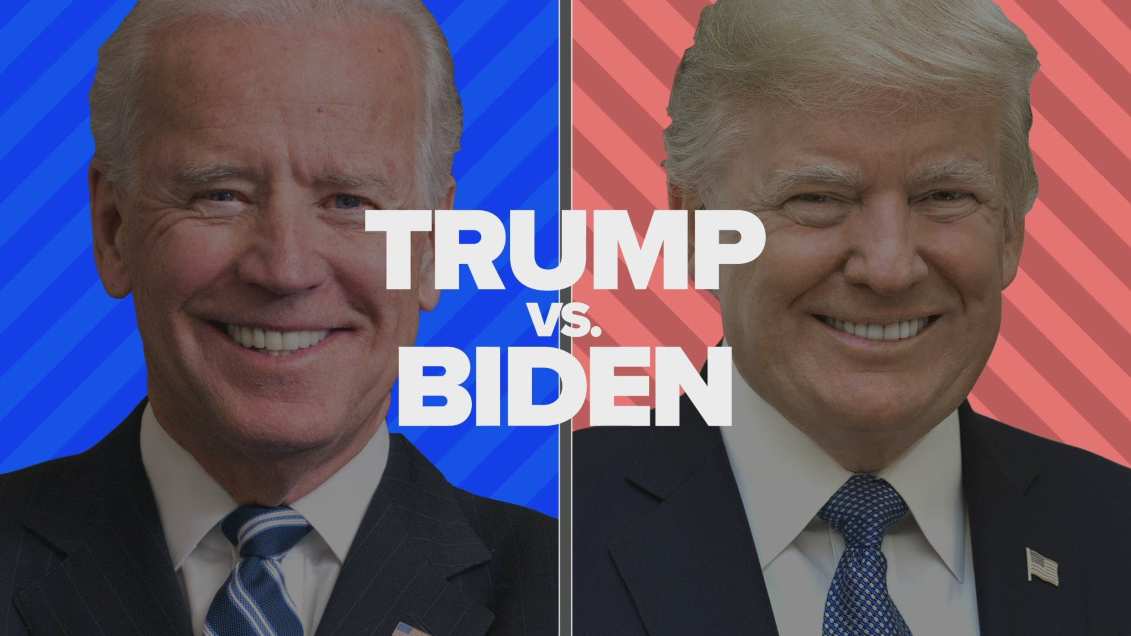 Democrat Joe Biden on Wednesday predicted victory over President Donald Trump after winning two critical US states. Meanwhile, the Republican incumbent alleged fraud and filed lawsuits. They demanded recounts in a race yet to be decided a day after polls closed.

While stopping short of declaring victory, Biden launched a website for a transition to a Democratic-controlled White House. His team called it buildbackbetter.com and declared “the Biden-Harris Administration can hit the ground running on Day One.”

As Trump spent part of the day airing grievances over Twitter, Biden pledged to govern as a unifier if triumphant.

“What brings us together as Americans is so much stronger than anything that can tear us apart,” said Biden. He appeared with his running mate Kamala Harris in Delaware on Wednesday.

At the moment, Edison Research gives Biden a 243 to 213 lead over Trump in Electoral College votes. It doesn’t include Wisconsin, where Trump has demanded a recount,

Biden, 77, was projected by television networks to win the Midwestern states of Michigan and Wisconsin.

Trump, 74, who won both states in 2016, now has fewer options to secure a second four-year term. He hopes to avoid becoming the first incumbent U.S. president to lose a re-election bid since George H.W. Bush in 1992.

Trump has long sought to undermine the credibility of the voting process if he lost. Since Tuesday, he has falsely declared victory, He accused Democrats of trying to steal the election without evidence and vowed to fight states in court.

His campaign filed a lawsuit in Georgia as well.

The contentious aftermath capped a vitriolic campaign that unfolded amid a pandemic that has killed more than 233,000 people in the United States and left millions more jobless. The country has grappled also with months of unrest involving protests over racism and police brutality.

The United States set a one-day record for new coronavirus cases on Wednesday with at least 102,591 new infections, and hospitals in several states reported a rising tide of patients, according to a Reuters tally.

Supporters of both candidates expressed anger, frustration and fear with little clarity on when the election would be resolved.

Trump held a narrow lead in North Carolina, while his lead dwindled in Georgia, and Biden led in Arizona. Should he win Arizona, Biden would be only the second Democratic presidential candidate to win the state in 72 years. Trump won it in 2016.

Trump supporters in Arizona gathered at the state Capitol to rally for the president. Protesters wrapped in American flags chanted, “count the votes!” and “stop the steal!”

In Pennsylvania, Trump’s lead dropped to around 164,000 votes as officials gradually worked their way through millions of mail-in ballots, which were seen as likely to benefit Biden. Trump campaign manager Bill Stepien called the president the winner in Pennsylvania. Biden said he felt “very good” about his chances in the state.

Biden will face a tough battle to govern

In the nationwide popular vote, Biden on Wednesday was comfortably ahead of Trump, with 3.5 million more votes. Trump won the 2016 election over Democrat Hillary Clinton after winning crucial battleground states even though she drew about 3 million more votes nationwide.

Legal experts had warned the election could get bogged down in state-by-state litigation over a host of issues, including whether states can include late-arriving ballots that were mailed by Election Day. Both campaigns marshaled teams of lawyers to prepare for any disputes.

If victorious, Biden will face a tough battle to govern, with Republicans appearing poised to keep control of the U.S. Senate and likely block large parts of his legislative agenda, including expanding healthcare and fighting climate change.