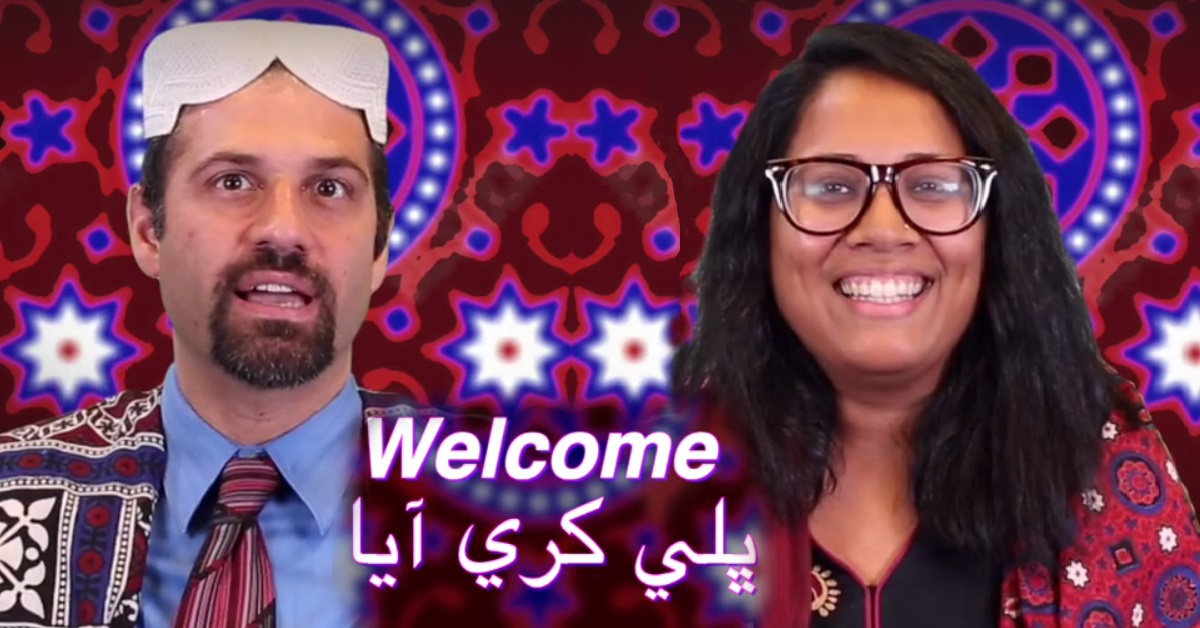 People across the province of Sindh celebrate Sindh Culture Day on 13 December, but the celebrations have started from the 1st of December. They have gathered their caps and clothes to represent their culture. Mach Katcheries [campfire assemblies], musical programs and rallies are going to be held to mark Sindhi Culture Day this year too.

The day was first observed in 2009 in reaction to the criticism towards former President Asif Ali Zardari for wearing a Sindhi cap (topi) during an official visit to Afghanistan. And now from the past seven years, Sindhi people celebrate the Sindh Culture Day with great enthusiasm and zeal.

But the members of US Consulate Karachi are celebrating the day with not only caps and ajraks, but are also trying to speak some common and short sentences from the Sindhi language, and it’s so crazy.

I am amazed to hear their pronunciation, it is so amazing in the very first attempt. Especially when they tried to pronounce the words with “hay” in it, like Munjho and they pronounced it Muhunjo!

Not only the US Consulate members, other people within Pakistan are also celebrating Sindh Culture Day without any discrimination of ethnicity or nationality which shows that the celebration of any cultural day is not linked with the people of that culture only. These celebrations are a reminder to the people that the acknowledgment of the past is the most necessary thing for the youth for the betterment of this country’s future.