#UrwaFarhan Wedding - They're Just Like Any Other Pakistani Celebrating A Wedding 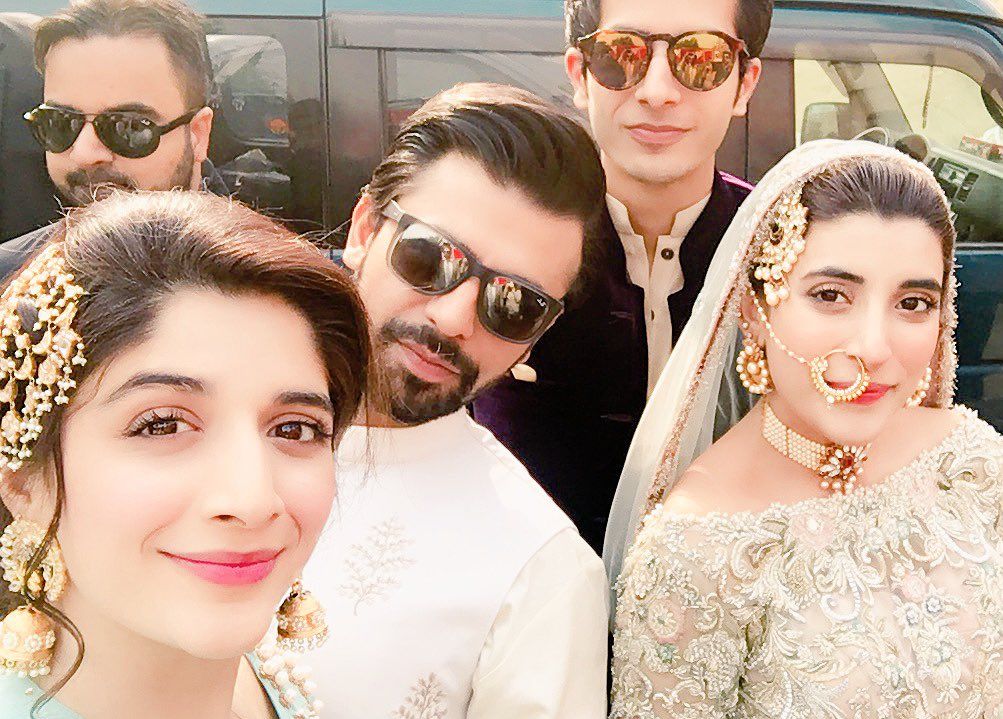 Another Pakistani wedding took place over the weekend.

This Pakistani wedding was like any other, the bride and groom wanted to stand out and conducted the festivities as differently as possible.

Except for the iconic proposal under the Eiffel tower, the newlyweds did nothing out of the ordinary.

To be frank, Yes! I do have a lot of issues with the wedding, which I would definitely never repeat when I am getting married (See what I did there?). I fail to understand people’s involvement in what makes others happy, if she had been going through a traumatic period no one would bat an eye, I bet.

There were numerous Dholkis in their homes, like many other Pakistani weddings, they celebrated with full zeal and enthusiasm. In Pakistan, Dholkis start the minute a wedding date is fixed, their Dholkis weren’t any different except for the obvious show and pomp, branded clothes, and media coverage.

The Nikkah was held at Badshahi Mosque – who doesn’t want to have their Nikkah there?

I disagree on the date selection, though, because it is a fresh wound. I can never forget the newsroom horror it was for us, nor can the many others. Having said that, #UrwaFarhan love each other and wanted to be together, who knows the reason for them choosing the date.

The media was there too and covered every bit of it. Another question arose on the Haq Mehr, which was stated as “Sharai Haq Mehr” which amounts to a very low amount. People have been arguing that they could have paid a higher amount. Again, if it was through a mutual understanding, who are we to judge? Do give your bride-to-be a larger sum, if you will. The Nikkah was followed by a reception and a Qawali Night, where Farhan sang his lungs out and

The Nikkah was followed by a reception and a Qawali Night, where Farhan sang his lungs out and Urwa just looked upon and couldn’t show off her new found talent (had to make this joke – apologies). They summed it up pretty well with a Shalima; she dressed in a gorgeous HSY piece but didn’t do any makeup at all. Now, I like makeup and especially on a bride, but it is Urwa’s choice. She is always seen with minimal makeup and hairstyles in all events, even Marwa, maybe that is what makes them happy?

Have you ever thought of that? No, you only think about yourself! This could also be a statement for other brides who do not like makeup that much; one does not need to overdo their wedding makeup at all. During all her events, her clothes were on point sans the makeup. That is what celebrities do man. They have the money they flaunt it. Live with it! During the

During all her events, her clothes were on point sans the makeup. That is what celebrities do man. They have the money they flaunt it. Live with it! During the Shalima, though not a fan of dances at the reception, but Man did Mawra break some rules – I always thought that these heavy designer dresses can’t be walked in, and oh my! She danced the night out in a Faraz Mannan! Amazing!

The couple too took the dance floor by storm and the entire industry joined in. Thanks to the numerous bloggers, electronic media etc invited, I could see it all at home.

It was a delight to see Pakistani celebs shake a leg under the same roof. We saw Bushra Ansari, Resham, Fawad, Farhan, Urwa, Marwa, their family, Sajal and many others on the dance floor. The dances weren’t perfect (gladly) and they had backing dancers who were a lively treat. Isn’t that exactly how a Pakistani Mehndi would have been?

Calling Urwa ‘Chichori’ for dancing at her own wedding is one of the most absurd things I have read so far, what century do you live in? Have you ever attended a Pakistani wedding in the current era? Gone are the days when the girl would shy out and sit in the corner, laden in ubtan and dupattas.

Girls now are choosing their life partners, traveling the world on their own; they are hanging out with their fiance’s that too with their parents’ consent. So why is she indecent? For enjoying and having a gala time at her OWN wedding… think again.

Another meme that was just ridiculous was the “buy one get one free offer”.

Do any of these people have a sister who is married? I don’t know about you but I love my brother in law (Behnoi) because he keeps my sister happy and that’s what matters. It is such a pure relationship. The entire concept of sharing ones wedding with the world is to make the married couple happy, bless them and move on with your own lives.

But we choose to be the evil relatives, ALWAYS!

What makes people come up with such ideas…? I fail to comprehend it at times. The media was there to cover it in its entirety so we didn’t miss a beat. It was just like any other Pakistani wedding – except we never have so much coverage. Social media needs to chill!

It’s their marriage, why are we losing our shit over them? Uncalled for memes are the worst. Yes they are public figures and they are under scrutiny at all times but I would have been shattered if I was pressured like that. Yes, some things I really want to point out, but I wish them a happily married life and lots of strength to bare the uncalled for hate by the people.