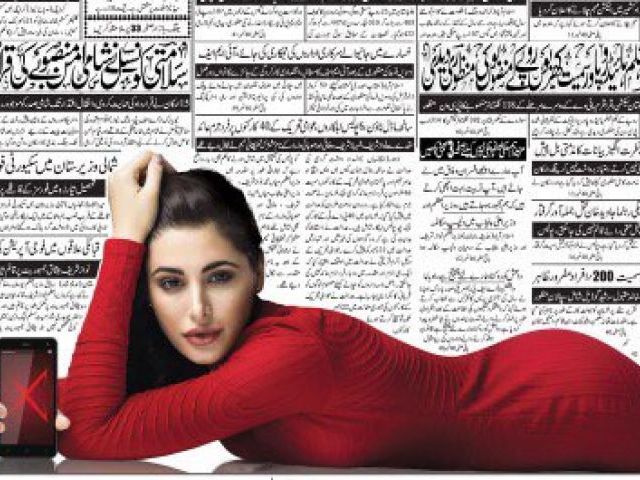 An advertisement featuring Bollywood actress Nargis Fakhri on the front page of one of the leading newspapers ‘Jang’ has sparked outrage on the social media. Pakistan now fumes over the ‘indecency’ of the ad and the marketing techniques used to promote their products.

According to people criticizing the advert, all the ethics and norms of journalism have been violated by putting a ‘shameful’ picture on the front page amidst important news.

Various people, including journalists took to twitter to voice out against the seemingly innocent advertisement which shows a women lying down with a phone in her hand as ‘obscene’, ‘cheap’ and ‘absurd.’ Ansar Abbasi was first of the many to speak against the ad, he tweeted:

Also See: The Story Behind The Bhatt-Kumar-Sharif Love Trio!

Trudeau Apologizes To The Aboriginals
10 Things We All Do Without Realizing It!
To Top