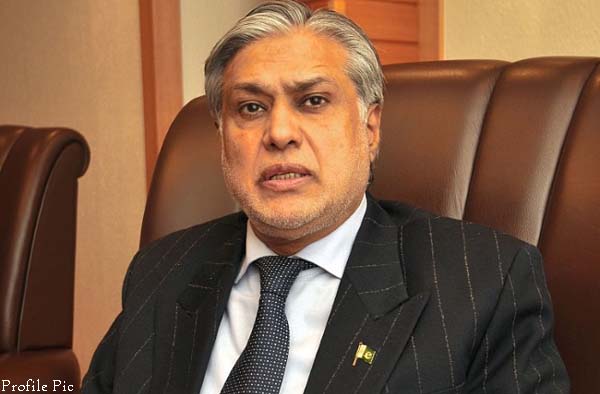 In an interview with Japanese Nikkei Asian Review, the minister said Pakistan was determined to funnel more money towards infrastructure, small businesses, the poor, and the government has found an array of international partners to make it happen. “After (achieving) macroeconomic stability, we have fully focused on higher GDP growth that brings a better life to people, better per capita income, job opportunities and fills the gap in infrastructure demand,” he said while talking about the forthcoming federal budget, to be announced on May 26.

He said that during the next fiscal year, the government efforts would give growth another boost as it intends to introduce some fiscal measures and policies. Dar pointed to a recent agreement with the US-based International Finance Corporation (IFC) to partner on creating a Pakistan Infrastructure Bank (PIB).

The PIB will provide financing for infrastructure projects by the private sector, he explained, describing the new lender as an “equal partnership by the Pakistan government and IFC for 20% each.” Other stakeholders from around the world will account for the rest, he said, adding the bank is expected to have paid-up capital of $1 billion.

He said the PIB was just one piece of the puzzle. “With partnerships with the U.K.’s Department for International Development and the German government-owned development bank KfW, we have created the Pakistan Microfinance Investment Company,” Dar said.
This entity’s three-year business plan calls for boosting the number of “beneficiaries of microfinance from the current 4 million to 10 million,” he added.

Meanwhile, the government, the DFID, and KfW were teaming up on a Pakistan Poverty Alleviation Fund, with their respective shares to come to 49%, 34% and 17%. Islamabad has also established a Pakistan Development Fund, which will invest in public-sector projects outside the budget. The government’s initial investment comes to $1.5 billion.

Power infrastructure is a top priority, he said adding 25,000 megawatts worth of thermal, hydro and renewable projects are in the pipeline, with 10,000MW to come on stream by March 2018. “We are already dealing with [liquefied natural gas] imports,” he said. “The energy shortage will be over.”

Talking about economic expansion, Dar said the government was hoping for over 5% growth for the current fiscal year, noting that the “World Bank is projecting 5.2% in 2017 and 5.5% in 2018.”

Debunking Misconceptions About Islam: A Muslim Couple Spreading The Message Of Peace At Milford
No Loadshedding During Sehr, Iftar: Abid Sher
To Top