UNSC Convenes Meeting Over Situations In IOK and LOC Violations

Long-running tensions between India and Pakistan skyrocketed after the amendment in Article 370 of the Indian constitution. Right now, the rivals have been facing worse relations for years over the IOK dispute. However, it’s clear that peace will only be possible with a justified solution to the issue.

United Nations Security Council Will Look Into The Matter

Apparently, this is the second time in less than six months that the United Nations body has sat together to discuss the issues of Kashmir. Earlier to this, the Security Council had met in last august to discuss the brutal acts of human rights in the occupied valley. 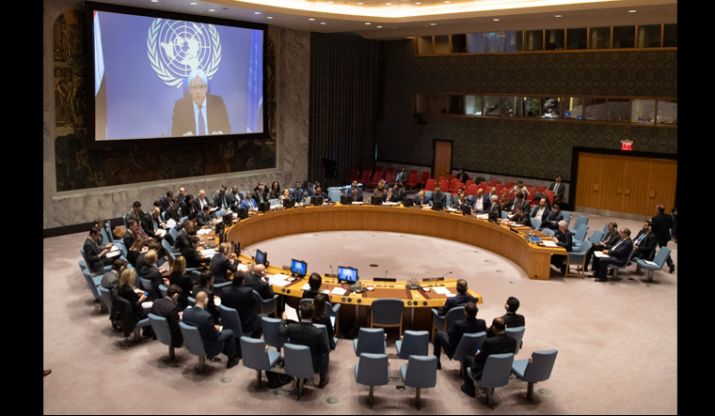 The meeting began in early August after the Indian Prime Minister revoked the constitutional autonomy of the region. In addition, he imposed military curfew and communication blackout in the area and sent thousands of Indian troops to stop the protest.

Later on, thousands of people including executives of the region were detained while international media have reported that detainees were tortured by Indian troops.

However, after the move of Indian Prime Minister, the international community expressed concerns over the inhuman situation in occupied Kashmir. Including the US congress leader, many international leaders appealed to India to end the blockage and bring routine life back in the region.

Among all, Pakistan had strongly condemned the move and record its protest on every forum. Moreover, Pakistan’s PM Imran Khan had asked New Delhi to immediately lift sanctions in the valley, urging them to respect the rights of Kashmiris. Later on, in December FM Shah Mehmood Qureshi also wrote a letter to the UN to tackle the issue, immediately.

However, as the UNSC meets to debate on occupied Kashmir for the second time in less than half a year, Mr. Shah is set to land in New York to meet UN Secretary-General Antonio Guterres and UN General Assembly President Tijjan Muhammad-Bande.

Earlier to this, the Supreme Court also ruled last week that shutting down of internet service in Kashmir is unconstitutional. The court further said that it’s a violation of the country’s telecom laws.

Well, we will soon get to know the outcomes of the meeting by international media. Because India and Pakistan will not join the closed-door conference as they are open only to the permanent members of the Security Council. Furthermore, there will be no statement, as such meetings are informal.

How Shan Took The Karachi Eat 2020 To A Whole New Level!
Here’s Why Pakistan Still Continues To Fight Polio Virus!
To Top