If you happen to study in a semi-public, public or even private university in Pakistan, then you can well resonate with what happens during a clash between groups. Your safety is compromised often times and for some universities, these are recurrent cases where management does not have any control, whatsoever. It makes us question the purpose of pupil enrolling in educational institutions. Ideally, the objective of any educational institute is to give out accountable and qualified citizens in the country. However, this has long been lost due to an epidemic of controversial incidents surfacing again and again. 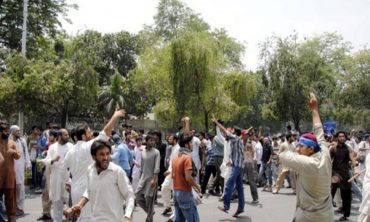 We saw how pupil of an institution lynched an individual who was wrongly accused of blasphemy just recently. The aftermath of it alarmed us and we thought we would learn a lesson, but it doesn’t seem like to be. After all, incidents, not comparable to lynching a person to death yet involving violence and disputes starring people who are supposed to be rather nurtured in their welfare by education are becoming the norm of certain universities in Pakistan. The following video presents yet another…

This is shocking indeed. Look how they are so easily beating, crawling at each other! It’s like, everyone got the chance to incur their wrath on each other. Look at the place where they are indulged in fighting like maniacs. Not only people can be hurt but serious injuries involving toppling over the terrace can result in deaths.

Councils were fighting each other on “ethnic” matters… let that sink it! 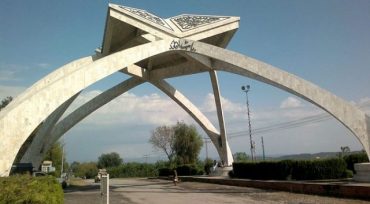 Their inhumane conduct has put us all to shame. Considering the future of our country Pakistan will fall into the hands of our youth, witnessing them involved in such inhumane acts for outrageous, ridiculous reasons is very shocking indeed. Ethnic disputes have succumbed our youth to the core. Ethnic differences have not been new and it is absurd to realize that we are still caught up with such issues. Well, matters can be resolved by discussion and in every alternative way without incurring violence on each other. The more ethnic differences and dispute continue to surface, the more damage incurs on the ideology of a united Pakistan.

Have you guys ever come across such major incidents in your institutes? Share your experience!