Football Players Pay Unique Tribute To Their Teammate After He Died

Around the world, football is a game loved by all. Every player on the field forms a family with each member of their team. 16-year-old Alexander was mistakenly killed on spot by the local police of southern Mexican state Oaxaca. The details of his shooting and sudden death remain unknown and unclear. 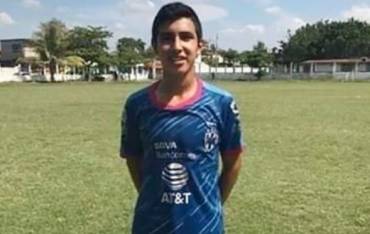 Alexander young boy who had just left to buy a can of soda. Unfortunately, he was mistaken for a criminal, chased down by the police and killed. The young boy was also a soccer player and loved the game with passion. In order to grieve and honor him, all his team members and friends joined together to play one final match with him.

All family members joined together to play soccer in front of his casket. The entire incident was indeed saddening and moving.

This Oaxaca in Mexico.

Soccer was his passion.

This is how his teammates and family honored him. One final goal.🌎❤️pic.twitter.com/vJ4OWxO7QC

Alexander will always be remembered, not only by his peers but all over the world. We pray that his soul rests in peace. It is sad to see so many young lives killed in cold blood due to incidents of police brutality.

The question still stays the same, how much more blood has to be shed to get the message? We hope to see that humanity prevails in the end.

What do you think of the story? Text us in the comments section below.