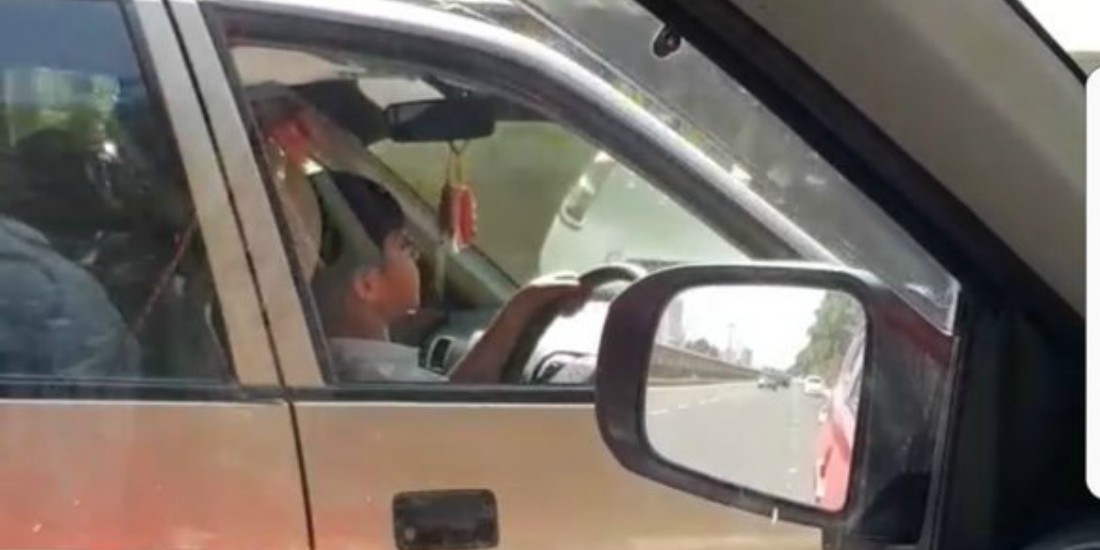 We live in a world where the word crime is subjective to all. The commoners think that committing a crime as big as killing someone and open fire is not a big deal and can get away with it very easily. So, with such a mindset, what would people think about the little crimes?! As insignificant as the crime seems, people tend to forget how lethal the consequences could be.

Junaid Akram, a social media celebrity recently put a snap story while he was driving and witnessed something very unusual and thought to capture it. As he was driving on Clifton road, he saw a Cultus in which a driver got off the car and let a 10-year-old kid drive. Junaid took the chance and recorded the video of the kid driving and the driver sitting along with him on the passenger seat.

“Just spotted at Clifton block 1, a driver got off the car and merrily let this 10-year-old drive it. I really don’t understand these parents trusting their help with their own children like this. How many Zainabs would it take to open your eyes?”

Just spotted at Clifton block 1, a driver got off the car and merrily let this 10 year old drive it. I really don't understand these parents trusting their help with their own children like this. How many Zainabs would it take to open your eyes? pic.twitter.com/IPShZmG0s5

In the past, we have heard many incidents where a minor (underage) who was given the vehicle accidentally killed someone. That one incident comes to mind from Lahore where a 15-year-old boy was driving the car and took the life of a little school girl. It is utterly ridiculous that parents let their kids drive who are unauthorized or are not licensed for that matter.

The penalty on the guardian or parent would be imposed if the law enforcement catches a minor driving which can go up to 5000. Kids are not only untrained drivers but are also more prone to road rage, overexcitement and are incapable of taking slipt second decisions. There are some hard hitting facts that people may not know. Underage drivers are more likely to crash and become the victim of an accident. They are more likely to cross red lights and speed up due to overexcitement.

It’s just a matter of safety that needs to be in the spotlight. When an underage, untrained and unlicensed kid is driving, the people on the road are in danger but the kid itself is in danger. Sometimes, such accidents leave either of the victims with physical injury and emotional scars.

Do you guys know any underage drivers? Please report the issue to their parents and let the kid and other people get out of danger. Comment below to let us know if you have witnessed any such incidents.