The UN Secretary visits the Darbar Sahib Kartarpur corridor on Tuesday. Delighted as he seemed by the arrangements made by the Pakistani government, he spoke his heart out.

Kharagpur Corridor and its religious significance! 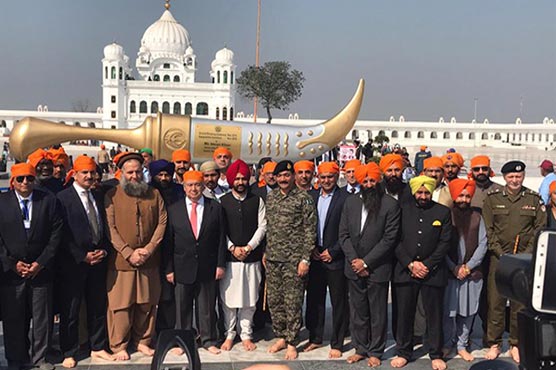 Kartarpur corridor has been in the highlights for the past few years and somehow many of us are still unaware of its importance. Kartarpur Corridor holds the sacred sanctum for the Sikh community as previously, they had to travel for about 120 km.

Nonetheless, after the peace treaty and the inauguration of the Kartarpur corridor, the distance was cut short to 8 km. This act was deliberate, in its all entirety an act of peace. India and Pakistan have been toe to toe with each other for more than 70 years now.

Furthermore, after having two wars in between, the tables have turned. Pakistan has decided to let the ties loose and shake hands with India.

Kartarpur Corridor holds importance because of the Darbar Sahib Temple, which is a sacred sanctum for the Sikh community. The main motive of opening his corridor was to ease the pilgrimage and let Indian Sikhs know that we still care.

Meanwhile, on the 550th anniversary of the Pilgrimage, the Pakistani government decided to waive the $20 visa application fees for the pilgrims which showed the lengths of Pakistan.

The UN Chief visits Kartarpur and meets with Mahira Khan!

After his visit, he had positive remarks for the people of Pakistan and especially for the government of Pakistan. He said that it was a classic example of peace executed by Pakistan. If Pakistan keeps on the good work, it can attain a better image in the world.

Kartarpur Corridor is a brilliant example of interfaith harmony and it was ingenious of Pakistan to provide an easier way to the Sikh community.

The General also stated that this will open new gates for peace and harmony between the two countries since Pakistan readily gave back the Indian pilot Abhinandan to portray peace and harmony. 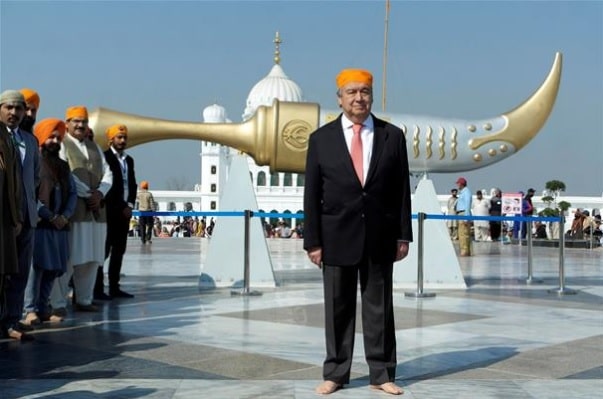 UN General also met with the famous celebrity Mahira Khan and the UN refugee agency official. Antonio is here on a 4-day visit for the Afghan Refugee issue. He met with Mahira Khan, who is also the Goodwill Ambassador of Pakistan. They both discussed the critical times and how peaceful Pakistan has become over the years.

Imran Khan’s government is doing wonders when it comes to peace and harmony. In recent developments, Pakistan has increased the rate of tourism and has also shown special regard for international trust and harmony.

We hope that Pakistan becomes the most peaceful country in the world and we also hope that whatever happens, happens for the best of us.