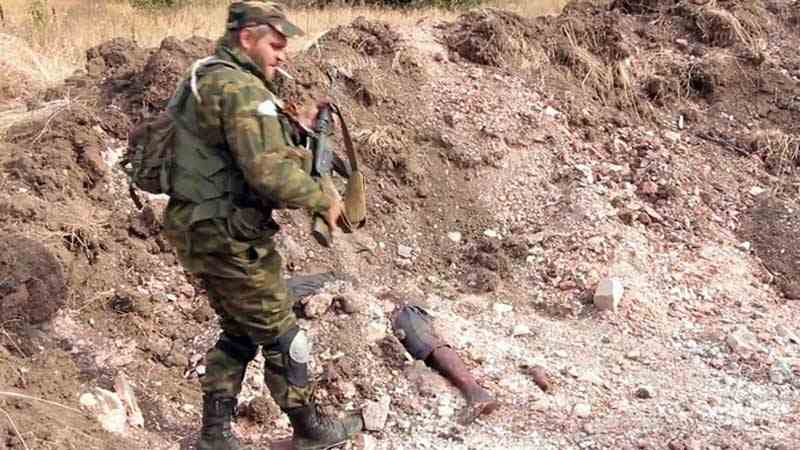 There is irrefutable evidence that the National Guard and ultra-nationalist Right Sector fighters are responsible for the murder of people recently discovered in mass burial sites near Donetsk, eastern Ukraine said Russiaâ€™s Investigative Committee.

â€œFor those who have doubts regarding whoâ€™s responsible for these murders, the Investigative Committee has irrefutable evidence – witness accounts and appropriate examinations â€“ that directly indicates that this crime was committed by fighters from the National Guard and Right Sector,â€ the committeeâ€™s head Vladimir Markin in a statement on Wednesday.

The mass graves discovered in September near the city of Donetsk in eastern Ukraine â€œare further eloquent testimony to the atrocities of the Ukrainian nationalists,â€ Markin said, adding that â€œall of the victims were tortured before their murder.”

The murders were described in detail in the testimony of a soldier from the â€˜Dneprâ€™ battalion, Sergey Litvinov, detained in a Russian hospital as a civilian after he fled Ukraine, Markin said. Currently Litvinov is under arrest and is to be transferred to Moscow for further questioning, he added.

â€œWhat is more interesting that this fighter received a money reward for the killings from his leadership sponsored by Igor Kolomoysky,â€ Markin said, referring the Kiev-appointed Dnepropetrovsk governor and prominent oligarch.

Click Here: â€˜Why do they hate us so much?â€™ Southeastern Ukraine seeks to understand new regime

â€œWe know the names of many of the commanders of military units, the militants of the Right Sector and the National Guard, who carry out criminal orders of the military and political leadership of Ukraine,â€ Markin said, adding that all of them will sooner or later have to answer â€œnot only before the law, but also to their own conscience.â€

In the Wednesday statement the spokesman of the Investigative Committee stressed that all information and evidence of the crimes is provided by direct witnesses, primarily refugees who fled the region of military operations.

â€œIn addition to eyewitness accounts, many victims have provided evidence to the Russian Investigative Committee and evidence in the form of soil samples, genetic material. These samples were thoroughly examined, confirming the testimony of witnesses and victims themselves.â€ 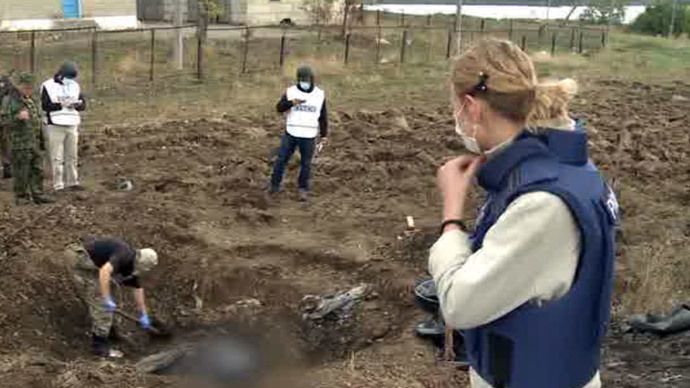 Markin slammed Ukraineâ€™s General Prosecutorâ€™s Office for failing to carry out its own investigation.

â€œWhat prevented andis preventing them now from conducting their own investigation into the massacres of the civilian population and to try to protect the innocent population of Donbass instead of makinghysterical statements about the alleged â€˜interferenceâ€™ in the affairs of a sovereign republic?â€ he questioned.

The discovery of the graves was made on September 23 by self-defense forces, who were responding to information given to them by locals, who said that they had been dug by Ukrainian government forces. The OSCE confirmed the finding on September 25 and reported its concerns to the European Union.

According to Konstantin Gerasimenko, chief medical examiner, â€œall four victims â€“ they are all male â€“ have multiple gunshot wounds to head and body.â€

â€œTheir hands were taped behind their backs. Some of them were only in their underwear,â€ he said.

Initially the grave looked like a mound, with five names written on a plaque on top of it, all in Russian. The officials were not able to reach the area as it was mined. They have only started the exhumation now.

One of those who took part in the exhumation told RT that they have found five bodies, which have already started decomposing.

The plaque on top of the grave had four names on it, and a space for a fifth name, which was blank, with only a number there.

All four names had the victimsâ€™ dates of birth and death. The dates of death were all the same â€“ August 27. An inscription on the plague reads: â€œDied for Putinâ€™s lies.â€ 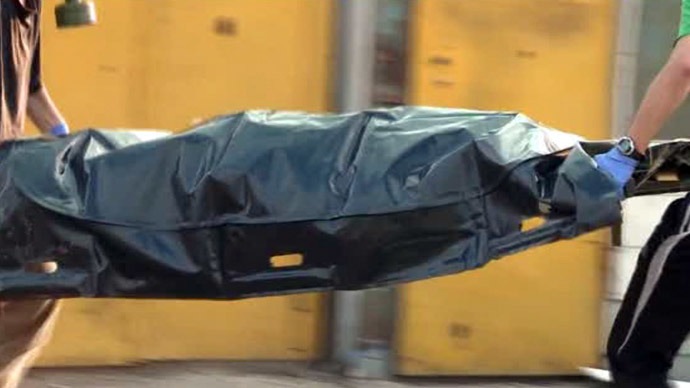