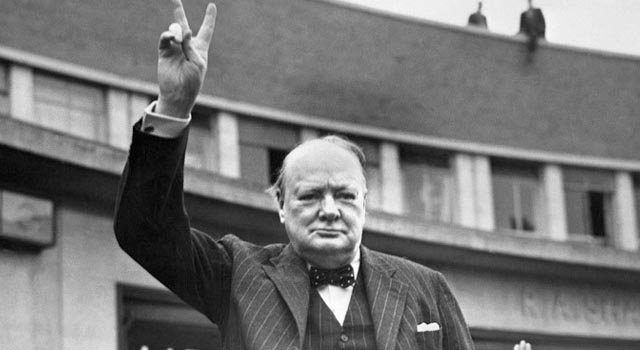 Quoting Winston Churchill can get you arrested, as one British candidate in the European elections found out after referring to the iconic wartime leaderâ€™s thoughts on Islam from his book â€˜The River Warâ€™, published in 1899.

The book chronicles young Churchillâ€™s service in Sudan at the time of the Anglo-Egyptian re-conquest, and the passage deals with his observations on Islam. But that passage is now in danger of landing Liberty GB party Chairman Paul Weston in prison for two years.

Weston, a candidate in the May 22 European Elections in the South East, addressed the public in Hampshire on Saturday, speaking through a megaphone, letting loose on Muslims for their â€œimprovident habits, slovenly systems of agriculture, sluggish methods of commerce, and insecurity of property,â€ which â€œexist wherever the followers of the Prophet rule or live.â€ 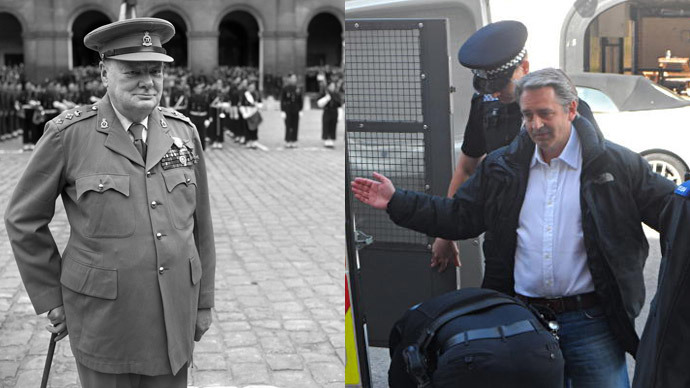 â€œThousands become the brave and loyal soldiers of the faith: all know how to die, but the influence of the religion paralyses the social development of those who follow it,â€ he went on.

â€œNo stronger retrograde force exists in the world. Far from being moribund, Mohammedanism is a militant and proselytizing faith,â€ he declared, sparking outrage in one spectator, who decided to bring in the police.

Authorities didnâ€™t wait for Weston to finish his speech, taking him away from the steps of the Winchester Guildhall â€“ first for refusing to comply with an order for public dispersal, then on the added charge of â€œsuspicion of religious or racial harassment,â€ police told the newspaper.

â€œHe has been bailed pending further inquiries to report back to police on May 24,â€ they said.

The scene was handled by about â€œsix or seven officersâ€, who asked the spectators questions before stopping Weston, mid-speech. He did not possess a permit for public addresses.

They talked to him for about 40 minutes, and at around 3pm took him downtown in a van, where he spent several hours in a cell. Later the dispersal notice was dropped, but Weston was then re-arrested for a racially aggravated crime, which, under the public order act, could land him a two-year sentence.

Liberty GB, outlining its ideas on its website, has as its core mission the promotion of views against immigration â€“ something it calls â€œthe most important issues of our time,â€ which the Liberal Democrats, Labour and Conservatives â€œmanifestly refuse to discussâ€ â€“ and the spread of fundamentalist Islam through British culture, whose traditional values they believe have been contaminated. Liberty GB believes that â€œBritain could be a wonderful country again, but it will take politics bordering on the revolutionary to achieve this vision.â€

Read Also: Russia Will Work With Whoever Elected In Ukraine – Putin