A UK-Based YouTube Couple Has Been Exposed For Fooling People In The Name Of Islam And Tauba Hai!

In this virtual era where the internet has taken over human space, many people are using it in harm’s way. Where limitless opportunities are being created, many are even using them to manipulate others for personal benefits. Many content creators from all over the world are doing a great job showcasing their skills through the internet and are being praised by social media critics.

Twitter, a platform where discussion contains value recently, revealed the true personality of a UK based content creator. A thread was made on the site which made people think twice about the faces and stories they believe on the internet. The thread instantly grabbed everyone’s attention and many were severely disappointed.

Here’s the start of the thread!

ummxabdullah (aka Ruksana Ali) and her husband hasanatofficial (Abu Abdullah Hasanat) are Muslim content creators from the UK, known best for their presence as a social media couple on Instagram. They also run a YouTube channel where they post videos about their lives as well as pic.twitter.com/sfgg9yp9OM

Also read: Lessons Every Couple Should Learn From The Marriage Of Hazrat Ali and Bibi Fatima

Rukhsana Ali and her husband Abu Abdullah Hasnat, are a Muslim couple based in the United Kingdom (UK). Going by the name ‘ummxabdullah’ on Instagram (umm abdullah ex model), Rukhsana has more than 500k followers and posts videos with her husband on daily life happenings and Islamic controversies to keep her following intact. The couple even has a YouTube channel and is better known as the ‘social media couple’ on the internet.

Islamic social controversies. Recently, they received backlash after they publicized their polygamous marriage with her (alleged) best friend, sistersarrah. It appears that they’ve been married for 2 years thus far, despite their announcement being a few days ago. pic.twitter.com/h7uGN6g4QB

Seeming to be a polygamous marriage where Rukhsana’s best friend named ‘sistersarrah’ on social sites is believed to be the second wife. According to the thread, sistersarrah and Hasnat has been married for over two years but made it public a few days ago. Appearing to be a hijabi girl, people found out that she has another Instagram account named ‘zarrahofficial’ where she pretends to be a professional model and posts her pictures without the Hijab but no one knew that both the accounts belong to the same girl.

Earlier this year, the couple were on vacation in Doha, Qatar and an unusual turn of events took place. People noticed some similarities between the pictures and posts of both the accounts and it was shocking. Pictures posted from the same place, at the same time, staying in the same hotel made it obvious to the followers that ‘ummxabdullah’ and ‘zarrahofficial’ is the same person.

Pictures are taken from Rukhsana’s Instagram accounts at the same place!

Well, later on, it lead to the fact that the couple was taking money from the Islamic Council based in the UK in the name of the religion and was using the money for partying and tours. Later on, a guy named Moinul Abu Hamza also shared on his Facebook what the couple has been extracting money through false terms and how they are manipulating everyone.

The comparison between the two accounts!

This picture is a clear proof that Rukhsana was affiliated with a modeling agency in the past! 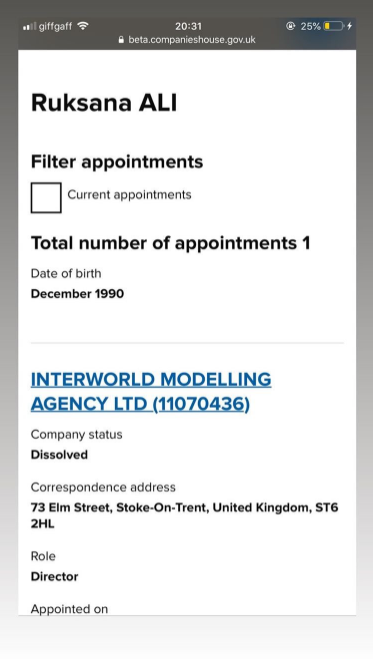 Here’s the actual truth about the couple! 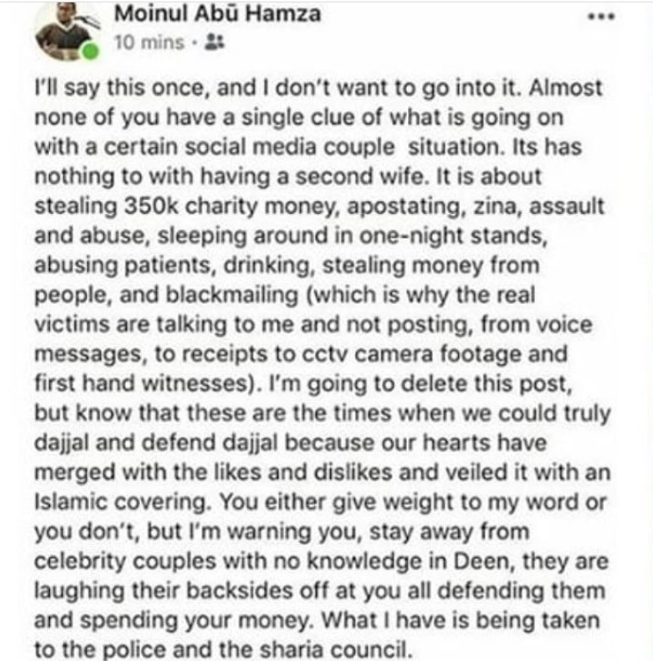 The case is now set to be presented in front of the higher authorities and it is a great example of how deceiving appearances can be and that nobody can be trusted these days. Though, the followers showed sheer disappointment and anger after seeing the real faces of these content creators.

Liked the story? Write to us in the comments below!

Finally, The ‘Mastermind’ Behind PPP’s Corruption, Adi Faryal Talpur Has Been Arrested By NAB And It’s Game Over!
We Are Worrying For The Future Of The Viral ‘Peeche Dekho’ Kid Ahmed Shah
To Top