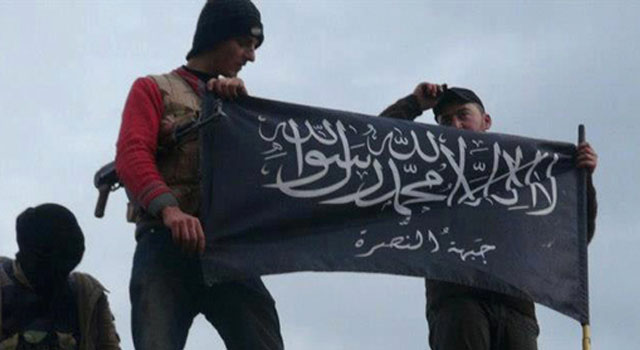 British police will ask Muslim women to help persuade young people not to fight in Syria, in a new campaign to halt an exodus which authorities fear could breed fighters at home.

Hundreds of Britons are thought to have flown out to join rebels fighting the forces of Syrian President Bashar al-Assad.

Senior police officers and security chiefs have said they are worried the fighters could return and carry out attacks on British soil, the Reuters news agency reported.

Britain’s counter-terrorism police said they were going to appeal to women from “affected communities”.

We want to ensure that people, particularly women, who are concerned about their loved ones are given enough information about what they can do to prevent this from happening

“We are increasingly concerned about the numbers of young people who have or are intending … to join the conflict,” Helen Ball, National Coordinator for Counter Terrorism Policing, said in a statement ahead of Thursday’s launch.

“We want to ensure that people, particularly women, who are concerned about their loved ones are given enough information about what they can do to prevent this from happening.”

Last week a father living in the English town of Brighton, Abubaker Deghayes, revealed that three of his sons had gone to fight in Syria, one of whom was killed in a battle, the AFP news agency reported.

Abdullah Deghayes, 18, died earlier this month after leaving Britain in January, while his 20-year-old brother Amer suffered a bullet wound to the stomach in the same clash.

Police will hold meetings across Britain on Thursday with women from different community groups, charity workers and government officials involved in preventing extremism.

A leaflet has been prepared outlining the risks of travelling to Syria, which will be handed out at airports and ports.

The Charities Commission is also involved in the campaign, to advise people on how they can help send humanitarian aid to Syria without the money falling into the hands of extremists.

The commission’s chairman, William Shawcross, warned at the weekend that charities should be particularly vigilant about how their aid is used in countries such as Syria and Somalia.

Three charities are being investigated for Syria fundraising, while seven others are being monitored.

Andrew Parker, the Director General of MI5’s domestic spy agency, said in October a growing proportion of his casework involved Syria, “mostly concerning individuals from the UK who have travelled to fight there or who aspire to do so”.

Parker led MI5’s response to the 2005 suicide bomb attacks on London which killed 52 civilians. Some of the bombers are thought to have received training in al-Qaeda camps in Afghanistan and Pakistan.

On Tuesday France announced a series of measures to stop its citizens from travelling to Syria to take part in the civil war and to punish those who did.