There’s no doubt that ride-hailing services across Pakistan have absolutely revolutionized everyday travel. A few years before, it was unfathomable for people to book a cheap, luxurious ride on their doorstep and travel anywhere within a city.

However, as the market continues to get saturated by ride-hailing giants, there’s also a downside of it. Although, it’s completely a normal circumstance since it’s bound to happen in services catering to a market at the largest scale. With that being said, bad experience and disgruntled customers are not a new thing. It continues to prevail but interestingly, it does not malign the reputation of any business because eventually, the consumers seek their utmost trust and convenience in their service, above all.

Meanwhile, a fresh experience has been circulating all over social media. It has to do with model Azlan Shah, who posted a video, slightly documenting his alleged bad experience with an Uber driver and how he allegedly came to misbehave with him and the other person with him. Azlan posted a video and it did not go well with people as they rather blame him for the whole matter. 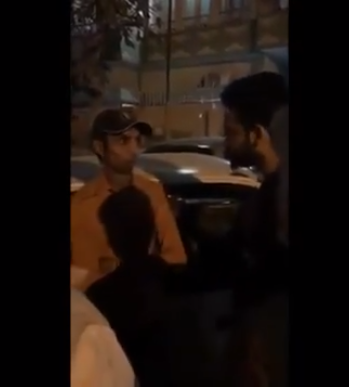 It was reported that Azlan Shah raised his hand on the Uber driver after things got heated. According to Azlan, he asked the driver to take him to a location which he did not set on the app, The driver refused to do so and this is where it all began…

Uber driver comes forward to narrate his side of the story:

See how "Goon" Azlan Shah resident of Gulshan-e-Iqbal tortured and humiliated Uber driver Umair and uploaded his video on Social Media to defame him. #Share this video as much as you can to #Expose #Goons like Azlan Shah !! #Fixit#SupportUmair#JusticeForUmair

Well, guys, what do you think about this? We heard both sides of the story and it’s now up to you to decide which one weighs more.

Azlan Shah has deleted the video from his social media profile after he received backlash on it. Share your comments on it.